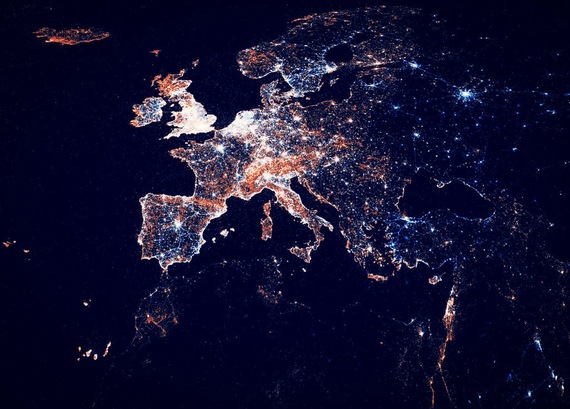 An etymology of sightseeing: "the activity of going out looking at things; tourism." Tourism itself, from the French word tour: a circular itinerary that leads back to the point of origin: home.

Had I been an eccentric European aristocrat, young and male in the sixteenth century, at age eighteen I would have embarked on the classical Grand Tour. It would have begun in London, over a wager and a cup of tea, then crossed the Channel to continental Europe by ferry. Stopping imperatively in Paris, Dutch countryside along the way, to Switzerland, Germany, Austria, and time permitting, Portugal, Spain, Greece. Culminating in Italy of course; Venice, Florence, and Rome, before coming full circle and, tired and happy, making my way home.

The Grand Tour was a rite of passage, a visual bucket list, of Greco-Roman ruins and Baroque sculptures, Gothic architecture and neo-classical paintings. Of the foreign languages, cultures, and landscapes that produced scientists, authors, and patrons of the arts. At the end of this tour I would have returned, a writer who has traveled, a traveler who has written, a different person to my point of departure, forever changed by the sights I had seen.

But I am not a European aristocrat, and this is not the sixteenth century. I have only so much time and money, so much life I am given to spend. Sightseeing today is still an education, but on a timer and budget. So we each draft different bucket lists, follow different itineraries, and on the way are molded differently by the beauty we choose to see.

Lizzy Myers, five years old, went all the way to Rome, to see the Colosseum, and even the pope. Cailee Herell, who is six, saw the ocean in San Diego, Princess Belle in Disneyland. Both girls are scrolling down visual bucket lists of mental pictures they want to take, before two different genetic diseases make them lose their sight.

Leonardo da Vinci wrote that "the eye encompasses the beauty of the whole world." These girls, and he, made me wonder what sights I would choose to fill mine.

So I went on a Grand Tour of my own, with two companions I love. We went to see culture, art, and history. We went to see the sea and sky. We saw great ruins, statues, palaces on cliffs. Freemason symbols in renaissance chapels, scandalous paintings in underground crypts. We saw fishermen's boats and seaside lace makers, bright red geraniums against peach pink walls. Sun dresses in every color of the rainbow, and when the sunlight hit the waves, a hundred shades of blue and green, and foam that looked like champagne.

But most importantly, we saw each other. The people we had become. We marveled at new habits and thoughts, recognized old, familiar ones. We saw the time we had lost in between our last photographs and now. And I took a million mental pictures to keep, of all these beautiful sights:

Of a tongue scalded by morning coffee, of telltale chocolate on a chin. Faces of consternation at an indecipherable map, a condescending GPS. The happy, guilty look of one who has had two gelatos in a row, the snapshot of two hands finding one another beneath the tablecloth.

The sight of him kissing her on the forehead, her leaning against him in bed. The two of them analyzing a sculpture, debating with the audio guide. Deciphering train and ferry schedules, converting currencies. Improvising a foreign language, cracking inappropriate jokes, competing for bathroom access first, brushing teeth as a group.

Smiling for the camera, ignoring the camera, breathtaking moments and sights. Snoring, grumbling, laughing, hugging, right in front of my eyes.

My Grand Tour was an inner one; I rediscovered home. I saw the people I love, and those were the sights that forever changed me.

This post, and others by this author, can be found on Aristotle at Afternoon Tea.