Today, I'd like to talk to you about my recent trip to Tanzania where I documented the fight being fought against avoidable blindness by a UK charity called Sightsavers, which works with doctors and local governments and partners to help prevent and treat blindness in the most impoverished regions of Africa and Asia. 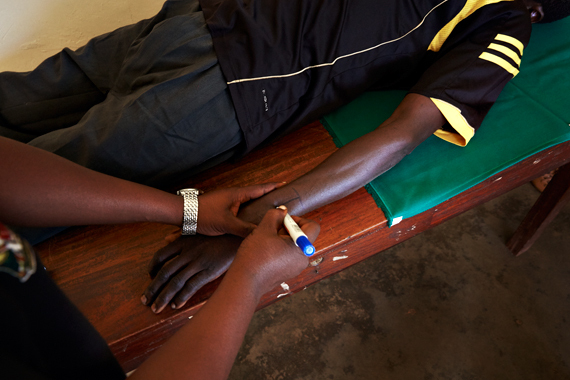 Their cause is a noble and necessary one, because if you're blind in the world's poorest countries you are likely, on top of a life already made difficult by poverty, hunger and unemployment, to face stigma and discrimination stemming from the belief that blindness is a curse. A lack of financial resources, adherence to traditional medicine, and the fact that many people live too far away to visit one of the few clinics or hospitals equipped to deal with trachoma and cataracts, means that more often than not, these conditions go untreated, severely impacting their ability to earn a living or live independently in a place where there is little support for people with impaired vision. 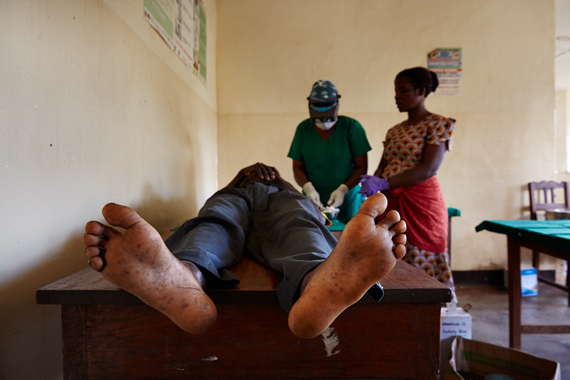 Before this trip, I knew nothing about trachoma. I had no idea what caused it, or how much its sufferers have to endure. Trachoma is a nasty infection, which feels like you have sand in your eye, permanently. It causes the eyelids to scar and the eyelashes to turn inwards, which can lead to blindness if left untreated. Imagine what it feels like to have an eyelash in your eye, then multiply that by all your eyelashes. 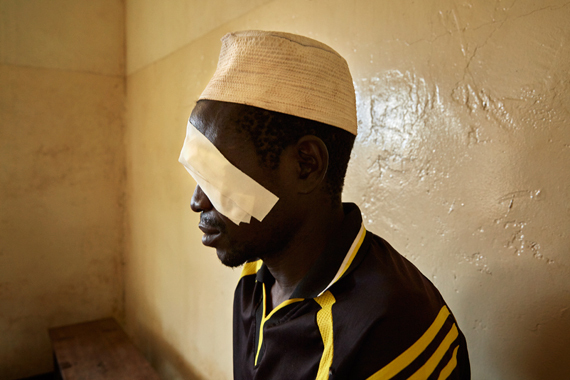 Trachoma is one of 17 neglected tropical diseases given high priority status by the World Health Organization. Unlike cataracts, which is not preventable, trachoma is both preventable and treatable, and its acute medical treatment is relatively cheap. However, because most of its sufferers live in low-income areas, where they have little to no access to health care, over 200 million people are at risk of contracting it.

Globally, more than 3.2 million people urgently require surgery to prevent them losing their sight for good. The Queen Elizabeth Diamond Jubilee Trust and the UK Government are funding work towards eliminating trachoma in 10 countries across Africa, including the region I visited in Tanzania. Working through members of the International Coalition for Trachoma Control and local ministries of health, the programs will support surgeries as well as distribute antibiotics and improve access to water and sanitation. 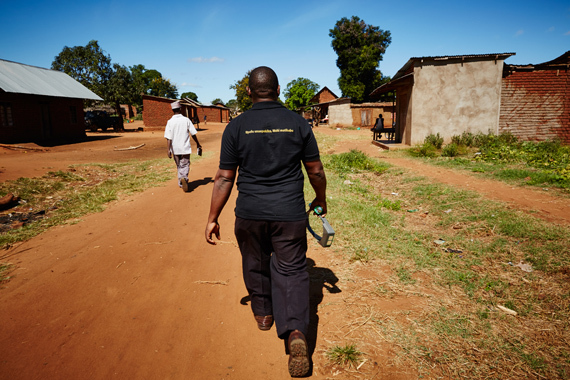 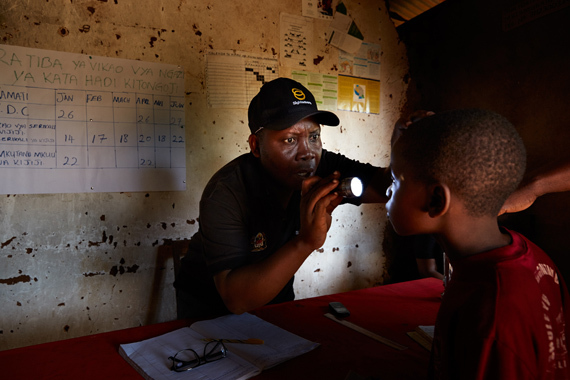 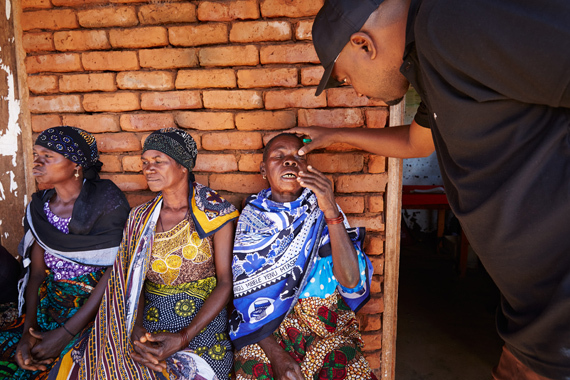 All these facts and figures only really hit home once you're on the ground, watching a surgeon reposition the eyelids of a man that has been dealing with trachoma for the past 10 years. Or listen as a nurse explains how to keep the infection at bay by regularly washing the face. 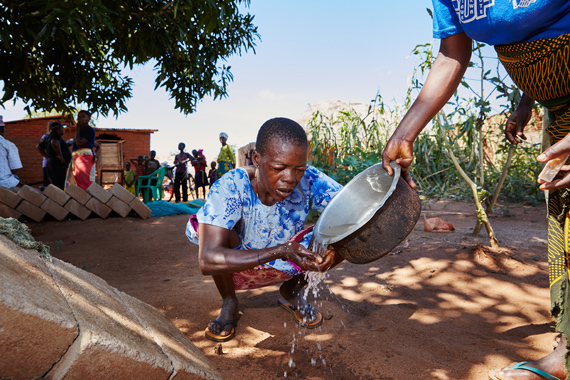 Even though trachoma is easily and inexpensively treatable, finding people in need of surgery and getting antibiotics to remote areas is no mean feat. And the preventative measures call for basic elements that for many are hard to come by, such as clean water, or a toilet. 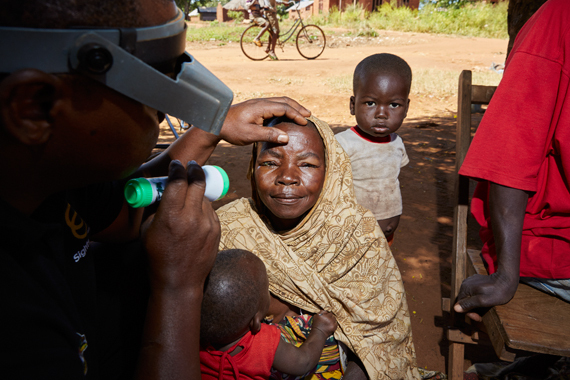 You only get a sense of the enormous distances many people have to cover simply to get to a place where they can be treated, once you've spent hours in an SUV on potholed roads. (If you have an SUV, that is. The bus takes even longer and is not something everyone can afford.) I witnessed the screenings at outreach camps, where for 2 days a boy had been walking through the surrounding countryside announcing the arrival of our medical team. The fine dust that exacerbates the spread and impact of trachoma's main causes, and that, whipped up by strong winds, covers everything, became unbearable, forcing me to take out my contact lenses. 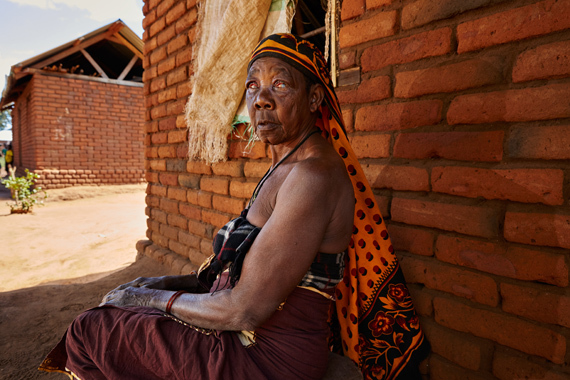 Everything I saw: the dedication of the local doctors and nurses, the Sightsavers team and their partner Helen Keller International, the patients who have often lived with trachoma for years, and the families who have to make enormous sacrifices to support their blind relatives showed me the difference that access to basic eye care makes. For us in the developed world, preventable eye conditions are a nuisance, something that has a quick fix. For many millions of people in Africa, South America and Asia they are life changing. 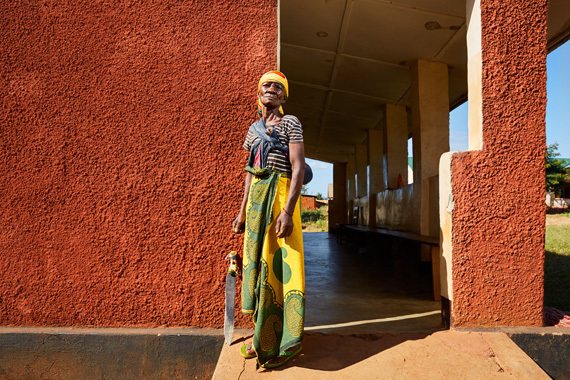