We have few occasions in life to be witness to extraordinary history. This is one of those days. Today same-sex couples in Washington are getting married under a law approved by the voters. For the first time in the United States, their marriage is legal not because of actions by legislatures or courts but because their equal rights were affirmed by their peers across the state at the ballot box. That shift is momentous and one of which I am incredibly proud.

On election night I was overcome by emotion as I took the stage for a celebration of our state's same-sex marriage efforts. I looked out over a crowd of several thousand who had fought so hard for this moment. They were young and old, families and couples, military members past and present, businesspeople and public servants, of all races and all backgrounds, and for the first time marriage equality was within their reach. It was the most memorable moments in my 20 years in elected office.

Like any journey, ours was one of a million steps by thousands of everyday people. Nearly 25 years ago Washington elected the first openly gay member of our legislature, Cal Anderson. Today, 17 years after his death, Cal's dream has been realized. We stand on his shoulders and the shoulders of so many who brought us to this point.

In Seattle the first couple to receive their marriage license had been together for 35 years. Today, after a very long engagement, they are getting married. Across Washington similar stories abound. Hundreds stood in line overnight so that they would not have to wait a moment longer for the rights they deserve. Within the first 24 hours more than 800 same-sex couples applied for marriage licenses.

Just as importantly, the voters have told all our families that they are equal under the law. They told the children of same-sex families that their parents' love is not different. To the parents who have fought so fiercely for the rights of their much-loved gay and lesbian children, Washington said they, too, will someday witness their son's or daughter's wedding. And we told the young people out there who are wondering about their future that it does in fact get better, that they will have the chance to grow up in a state that loves and values them for who they are, not for whom they love.

As my own daughters taught me, this is indeed the civil rights issue of our time. There will come a time when, across our country, the ability to marry the person you love will not be an issue. Future generations will look back and wonder why we ever denied this basic human right. We can't rest until that moment. I will be with you every step of the way. 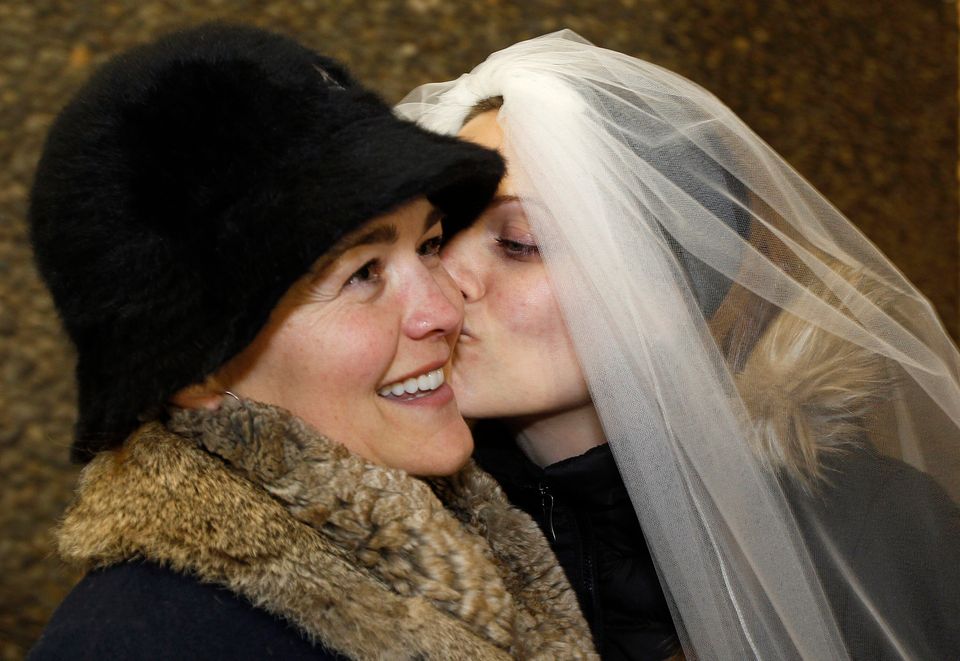