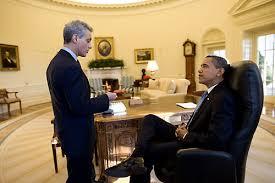 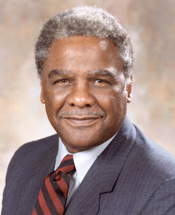 Chicago Mayor Rahm Emanuel remains in office months after evidence emerged that during his reelection campaign he hid from the public a videotape of a white police officer shooting black teenager Laquan McDonald sixteen times. The juxtaposition of the two Democratic presidential candidates calling for the resignation of Michigan Governor Rick Snyder for the lead poisoning of children in Flint while failing to call on Emanuel to do the same underscores the political complicity of what's happened to African Americans in Chicago. But perhaps no one has been more complicit than local black leaders and, sadly, African-American voters, themselves.

I am not a native of Chicago. After relocating here seven years ago, however, an unmistakable vibe about the city immediately struck me. Its African-American denizens were suffering from something post-traumatic, though precisely what remained mysterious to me. The racial hierarchy that one sees in all major cities was more pronounced here than anywhere else I had lived or visited in the United States. Indeed, even in the ivory towers of academia in the city, the sense of "know your place and stay in it" was palpable. This was not Mayor Harold Washington Jr.'s Chicago, I concluded; it was instead Richard Wright's Chicago with a glum post-Reconstruction hangover akin to the one in Wright's Native Son.

So when the Laquan McDonald story broke, I was only mildly surprised. A mayor who could take for granted the black vote, having done little or nothing to earn it, could also perpetrate an outrageous racial cover-up by suppressing video footage of a white police officer assassinating a black youth. And where was Chicago's black political gentry during the cover-up? Many were ginning up votes for Rahm Emanuel, but not based on any record of accomplishment. A 2015 report by 24/7 Wall St. used disparities between black and white populations in major urban centers to determine the ten worst cities for African Americans. Chicago ranked number four.

Consider some of the yawning inequalities between blacks and whites. The black poverty rate in the city is five times that of whites; the percentage of whites holding at least an undergraduate degree is more than double that of blacks; and the number of annual deaths per capita among blacks is more than double that of white Chicagoans, placing Chicago at the head of the pack nationally in per capita deaths among blacks.

Add to these grim figures Chicago's hyper-segregation; national headline-grabbing murder rate; failing schools; nearly 20% black unemployment rate; and a police force that, according to independent findings, has "no regard for the sanctity of life when it comes to people of color," and it becomes hard to see why any black person would have supported Mayor Emanuel's reelection. No, Emanuel did not create these problems, but he had no grand vision to cure any of them either, a shortcoming evident to many and which resulted in the incumbent being forced into a runoff.

If Barack Obama had been raised as a black teenager in today's Chicago, he would not be president of the United States today, and perhaps he wouldn't even be alive. Yet the President endorsed Emanuel's reelection. He was not alone in his complicity, though. Alderman Will Burns was viewed as Emanuel's top black booster on city council, helping to deliver the mayor 58% of the black vote in the runoff against County Commissioner Chuy Garcia, a more than 14 point increase from the initial round of voting. In the midst of the Laquan McDonald video imbroglio, however, Burns decided to resign city council to pursue a lucrative corporate career.

Other black members of city council who supported Emanuel's reelection or received money from his super PAC, such as Alderman Walter Burnett, Jr., apparently lacked Burns's golden parachute. The venerable but ineffective congressman Bobby Rush also endorsed Emanuel's reelection, offering the generality that Emanuel had the "tenacity, the ability, the commitment, and the experience" to face Chicago's challenges. There is little point in having black leaders if black voters cannot rely on these leaders' predictive judgment to honestly assess the qualifications of a candidate for higher office. In the case of Emanuel's reelection, far too many black leaders failed to lead.

In a move intended to rehabilitate his damaged standing among black voters, Emanuel recently appointed former Urban League President Andrea Zopp as a deputy mayor. As impressive a background as Zopp presents, the mayor's move is cynical. Zopp joins the Emanuel administration fresh off the loss of a Democratic U.S. Senate primary in which pre-election polls proximate to the primary showed that an overwhelming number of black voters did not support her.

It's bad enough that a majority black and Latino city has been represented by two neglectful white administrations (Richard M. Daly and Emanuel) for nearly a quarter century. But it's downright insulting when white politicians attempt to anoint black leaders who have not shown an ability to gain the support of black voters.

There are, I fear, deep-seated reasons why no person of color has been elected mayor since Harold Washington's historic election as the first African-American mayor of Chicago in 1983. One is the corruptibility of too many black and Latino leaders in a city that continues to thrive on the politics of quid pro quo. Too often in these transactions, the individual black leader advances while the interests of black and brown voters do not. Second, blacks and Latinos in Chicago distrust each other and thus fail to form the necessary coalitions to elect a candidate of color.

But the less tangible reason is the most damning: After a quarter century of white rule, buffeted by social disadvantages of unfathomable magnitude, black and brown Chicagoans now suffer from a diminished faith in their own ability to govern their city.

It will take rediscovering the audacity of Harold Washington, Jr. to reverse this mentality.