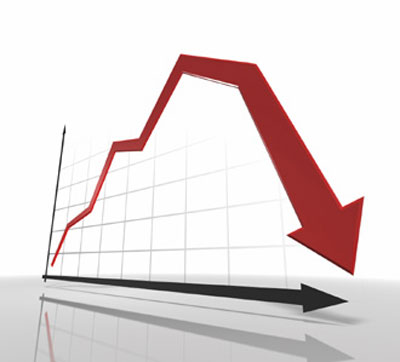 Dale Carnegie advised never to talk about religion or politics in public because you never know who you might offend. While I will leave religion to others, I would like to tackle the politics of the day for it provides a luminous example of how innovation really works... and doesn't. So while I may not win friends or influence people, I do hope to use recent exasperating events in our Nation's Capital to illustrate the fundamental dynamics of growth.

Case In Point: While the deficit size is indeed alarming and requires substantive action now, as a percentage of Gross Domestic Product, this shortfall isn't even near our worst -- 20 to 25 percent during the World Wars. According to the Congressional Research Service, the debt ceiling has been raised 74 times since March of 1962. However, with the 75th "adjustment" on August 2nd, it became clear that projections of growth and expenditures by the U.S. Federal Government resulting from myriad of factors, including the Great Recession and the two wars, has put the credit rating, and the cost of borrowing, for our nation in peril. While the Super Committee deadline of November 23rd for finding $1.2 trillion or more in deficit savings over the next decade looms large it seems to have little effect on the über-quibbling of our friendly neighborhood "representatives" who will again undoubtedly resolve the conflict at the proverbial eleventh hour through Homeric acts of derring-do. Ta-Dah! What, no applause? Whereas this type of "trigger" event is boondoggle for traditional management, it's a veritable windfall for instigating the nouveauté.

Why? Because breakthrough innovation typically occurs in either crisis or exceptional situations. When the reward of doing something radical is greater than the risk of doing things the same way people tend to try new things. This is true at all levels. Apple, largely acknowledged as one of the most innovative companies in the world was at the edge of bankruptcy in 1997. It scared Apple into the iPod and iTunes, and they rode the emergent positive momentum to the iPhone and iPad. In the words of Bob Dylan, "When you ain't got nothin', you got nothin' to lose." Think IBM, Nintendo and maybe now GM. Being "almost" dead does wonders for waking up the generative forces and overthrowing the institutional guards used to maintain the equilibrium of the organization. Necessity is indeed the mother of invention... as well as other forms of innovation. This also happens with individuals. Consider how Alcoholics Anonymous starts its celebrated treatment with a public acknowledgement of how the disease has ruined your life. They don't avoid the failure cycle, they accelerate it! Just like Apple.

Forget the 80/20 rule. That's a maxim for efficiency -- doing more with less. This is the antithesis of the creative process. Instead, remember the 20/80 rule. That is, it's easier to change 20% of your life 80% than the other way around. The key is to know what part of your life is in a crisis where the pain threshold is high enough to get you to really act differently and what part of your life is "on a roll" where you have confidence and risk capital to try new things. Think about how you act when you are in love. You feel invincible. You get the picture. So in the bell curve of your life, innovation happens at the edges -- the outside -- and works itself back towards the center over time.

The point is that innovation requires deviation. Management is typically focused on maintaining equilibrium and continuity by eliminating variation. That's why credible research repeatedly bears out that diversity is one of the hallmarks of productive innovation worldwide because it produces constructive conflict. Freud saw this struggle as an inner contest between the three selves -- Ego, Superego and Id. Darwin characterized it in the animal kingdom as the survival of the fittest -- nature being red in fang and claw. The great economist Schumpeter called it "creative destruction" where the drive for better and new solutions is the engine of progress. In all cases, innovation is produced by the positive tensions of opposing ideas. This means that conflict, when directed towards constructive hybrids, is an essential part of the innovation process.

Academics and analysts refer to innovation as a "convex" form of value because it pays out sometime in the future. This is what separates "growth" from "revenue" stocks. The problem is that innovation has a limited shelf life. Like milk it goes sour. Over time, an innovation becomes a commodity and the wheel keeps moving forward. Last year's digital device becomes obsolete just in time for Christmas shopping.

Back to Our Case in Point: So why doesn't the Great Budget Conflict of 2011 produce innovation? Because there is no real conflict and whatever disagreement that does exists is NOT constructive. While there is shouting, name calling and all manner of political maneuvering on late night television, the two sides never constructively engage to develop plausible solutions. The end game is to unseat the other; not to develop useful and valuable hybrids -- the essence of innovation.

Consider the fact that approximately 70 percent of the U.S. Federal outlay is tied up in only four types of expenditures: Defense (19%), Medicare/Medicaid (24%), Social Security (20%) and the interest payments on our debt (5%). There is no cutting the proverbial "fat" to get the desired number. Ostensibly, this leaves only three basic courses of action: 1). Raise taxes and angry voices, 2). Dramatically cut programs and renege on promises to Grandma or 3). Innovate! Think new hyper-efficient technologies in health care, alternative business models for funding municipal infrastructure projects or public-private consortiums of service providers for primary education and the like. Unfortunately, all this powerful energy and momentum that could be driving us to new ideas has dissipated with these Byzantine "agreements" that few support and even fewer understand. What makes innovation hard is that it requires real conflict and at some point collaborating and even integrating the "enemy."

Right now our representatives have a perfect opportunity, an inflection point for innovation, to demonstrate some of that fabled American ingenuity but I wouldn't count on it. Think of what could be accomplished if we actually decided to apply our ingenuity and sense of destiny to recreating how we govern ourselves. Each generation before us has chosen to keep moving forward. It requires each of us to commit to tolerating ambiguity as we move through our differences to find new routes to the undiscovered country of the future. In difficult times innovation isn't your best friend...it's your only friend.

Jeff DeGraff is a Professor of Management and Organizations at the Ross School of Business at the University of Michigan. To learn more about his book Innovation You and PBS Special by the same name, visit his web site at www.innovationyou.com or follow his blog on innovation at www.jeffdegraff.com.