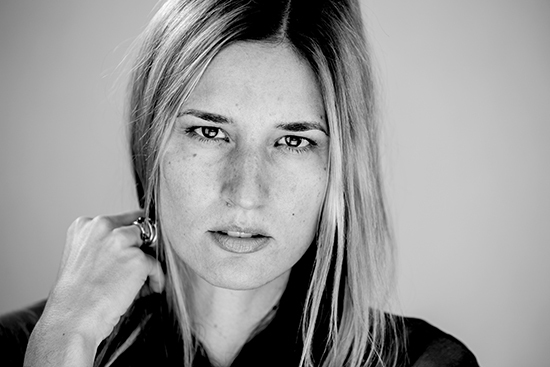 During a recent insightful conversation, Jovana Stokic, art historian, curator, and deputy chair of the Masters in Curatorial Practice at the School of Visual Arts (SVA), spoke passionately about the concept of 'caring' and how it relates to a curator's role. This blog post focuses on curating and Jovana Stokic shares with us her insights into the meaning of curating, the main challenges emerging curators are facing today, her goals at SVA, and innovative approaches to curating.

Lilia Ziamou: Curating comes from the Latin word 'curare' that means 'to care'. What does 'curating' mean to you?

Jovana Stokic: I am very invested in thinking about the notion of 'care of the self' in relation to contemporary art. Starting from the self, one engages with the others: caring about the art, the artists, and the world. This notion encompasses compassionate curating as working with artists, artists themselves collaborating, and it goes further, towards an engagement with the world in social practice. It relates to our being in the world according to the principle of the care of the self - as the ethical turn in curating. I see curating amidst late capitalist mobilization as a possibility of the disarmament of the contemporary art world.

Lilia Ziamou: What are the main challenges emerging curators are facing today?

Jovana Stokic: It is crucial to talk about the cracks in an idealized version of the story of contemporary young curators who "made it" in New York and other centers of contemporary art world. As an art historian, educator, and a sporadic curator, I very much respect their ambition and how they contribute to the multivocality of different institutional positions. At the same time, I am aware of the criticism of certain complacency, the "hand-washing" position of perpetuating status quo. My role is certainly not to help mask authoritarianism at any level. The young curators have to navigate dictates and conventions of this consumerist spectacular "late capitalist mobilization" with impeccable moral and aesthetic compass. The problem of the curator's authority --of owning the authority without being authoritarian-- is the crucial problem of curatorial position. The dictum that the status quo is possible because, paradoxically, the reigning structures are able to co-opt the revolutions of the whole relations of society is also applicable to the art world ecosphere. Curators with agency have to be especially suspicious of those decorative, ultimately narcissistic, fake revolutions that celebrate acceleration of nowness and youthful energy only to fetishize them as yet another article to be bought and sold. Constant dizzying accelerations of this era have provoked the alternatives that are constantly changing. For example, post-internet strategies are prevalent in a way that was only beginning to be traced five years ago. Let's hope that curators can be agents of meaningful changes in the status of art that would support the ancient wisdom: Ars Longa/Vita Brevis.

Lilia Ziamou: As the deputy chair of SVA's Masters in Curatorial Practice, what are your goals?

Jovana Stokic: One of our main goals for our new Masters Program in Curatorial Practice at SVA is to open a discursive platform for many aspects of curatorial practice today. I am happy to help execute and further develop the vision of our Chair, Steven Henry Madoff, who has established this program. This program puts an emphasis on hands-on professional training with experts in the field, professional networking, and on placing graduates of the program in curatorial jobs. To emphasize the deeply entwined nature of education and professional engagement, we would like to consider the Curatorial Practice MA program as a hub for practitioners in the global field, not an academic cloister of academic knowledge production. I personally am invested in the nature of this transfer of a particular curatorial knowledge. In my course, I invite curators from all over the world, who work across all disciplines, and represent different kinds of institutions and practices to contribute to the knowledge production we are committed to - in the first person, forming the discourse from their personal professional ethos and narrative. The choice of guest speakers reflect the richness of different curatorial backgrounds and experiences and also critically addresses the profound changes in the status of the curator in the last decades. Within this pedagogical framework of a disciplined gathering of the narratives, the curatorial practices are thus being constantly assessed and contextualized within the growing institutionalization of curating and the critical impulses within curating as a discipline itself.

Lilia Ziamou: What are some innovative approaches to curating you would be interested in exploring?

Jovana Stokic: My goals extend to the new territories for critical battle: those that encompass more categories in curating -- firstly committed curating within feminist thinking. I am keen to help create a platform to think through the paths and dead-ends of feminist curating, from and in the feminine, as seen in recent imaginative curatorial practice by Carolyn Christov Bakargiev, Sofia Hernandez, and Chus Martinez, to name just a few curators I admire. I am invested in propelling teaching as a nurturing process that is in correlation with the curatorial moves that themselves stem from a nurturing praxis: a creation beyond patriarchal humanism. Also, I am excited to open critical discussion on the notion of animal co-curating, or animal co-authorship. Certainly there have been a number of different instances of using live animals in exhibitions in the recent practice, arguing that animals should never be treated as "rogue ready-mades." They include Paola Pivi's all-white domestic and exotic animals inhabiting the gallery space, Bjarne Melgaard's young white tigers' long duration piece in Ramiken Crucible's cage, Pierre Huyghe's complex display situations including different animals (especially intriguing a dog named Human), Darren Bader's cast of cats living in MoMA PS1 during an exhibition, as a way for them to be adopted. I am interested in furthering the performative speculation about the status of live animals as protagonists of curatorial practices. These productive encounters will truly be the next level of engagement I dream of in terms of an innovative exchange of knowledge and the creation of a hybridity of meanings, joyfully transgressive!