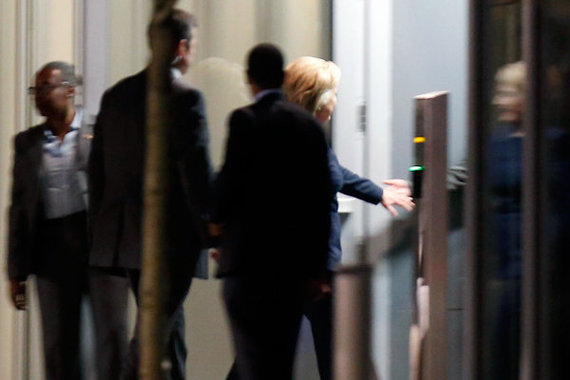 Less than a week before the Iowa caucuses, Hillary Clinton attended a gala fundraiser in Philadelphia at the headquarters of Franklin Square Capital Partners, a major investor in the fossil-fuel industry, particularly domestic fracking. The controversial fracking industry is particularly powerful in Pennsylvania, which will host the Democratic National Convention this July.

Clinton has avoided taking any clear stand on fracking. While she has embraced the Clean Power Plan, which assumes a strong increase in natural-gas power plants, she also supports a much deeper investment in solar electricity than the baseline plan. The pro-Clinton Super PAC Correct the Record, run by David Brock, touts Clinton's aggressive pro-fracking record.

As reported by the Intercept's Lee Fang, "One of Franklin Square Capital's investment funds, the FS Energy & Power Fund" the Intercept's Lee Fang reports, "is heavily invested in fossil fuel companies, including offshore oil drilling and fracking." The company cautions that "changes to laws and increased regulation or restrictions on the use of hydraulic fracturing may adversely impact" the fund's performance.

Through its fund, Franklin Square invests in private fracking and oil drilling companies across the nation, as well as Canada and the Gulf of Mexico. This includes heavy investment in Pennsylvania frackers.

Tickets to the event ranged from $1,000 to $27,000. Contributors at the $2,700 level got a photo taken with Clinton, and the $27,000 contributors were afforded the opportunity to meet and hear Jon Bon Jovi perform an acoustic set.