Galicia is a peripheral region in the northwest of Spain, a coastal area and the destination for pilgrims on the route known as the Way of Saint James. Over the past eleven centuries the route has became an important axis for trade and for the dissemination of knowledge among the pilgrims travelling it and the towns it traverses. Galicia, as many other regions in the developed world, faces three intertwined challenges: an aging population, a high rate of unemployment (around 18 percent) and high production costs which hinder competition with other regions and Spain's competitiveness with other countries. High unemployment is compounded by a 24 percent income gap faced by Galician women.

Under such circumstances economic output and employment can be improved through sophisticated, research-based products and innovation that can deliver high-value products and services as well as high-quality employment. To address these issues, in 2011, Fundacion Barrie -an organization dedicated to Galicia's social and economic development where I work- started to think about ways to boost prosperity in the region through more balanced, diversified, and sustainable growth.

First, we analyzed the production of research in Galicia. The Report on Science in Galicia revealed that the technical level of approximately 6,600 researchers working in Galicia resembles that of scientists in any other part of the world. However, they were not as successful as other areas in generating economic value from their research and academic outcomes. Several relevant factors contributed to this situation. First, researchers and technology transfer professionals needed to improve their so-called transferable skills (effective communication, decision making, teamwork, leadership, time management, etc.). Secondly, to commercialize research results, it was necessary to develop international networks. Ultimately, we found that academia and industry often worked separately and did not fully understand each other.

Those three areas lacking development were tackled through courses, seminars, and workshops taught by the most prestigious organizations, researchers and technology transfer professionals who collaborated to improve the skills of Galician researchers. To expand their international networks, we promoted their participation in top international events focused on research results commercialization.

However, the biggest challenge was finding ways for academia and industry to work together. We reviewed examples from other countries and decided to establish a Research Seed Fund that would bridge the gap by creating public-private partnerships to generate economic value from research and intellectual capital. The fund would serve a double purpose. On the one hand, it would fund technological and science results to be developed to a stage where they could be transferred to industry. On the other hand, to ensure success, researchers and business professionals would be working together to build economic viable projects. This could be achieved by setting up new companies, or by licensing technologies to existing businesses. 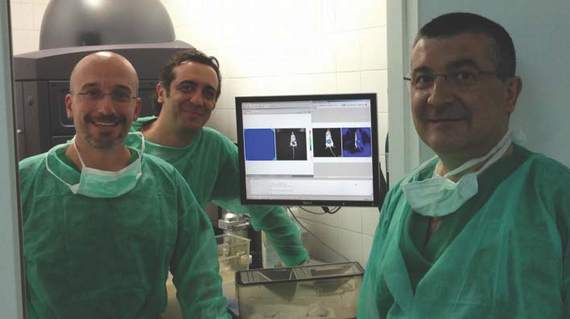 NasasBiotech researchers a spin-off of the Research Seed Fund, working at the laboratory.

For the selection process, we partnered with technology transfer offices seeking research projects that fit the purpose of the fund. An initial selection of 75 projects was reduced to seven which were presented to the investment committee and evaluated for various factors: the quality of the technology, its uniqueness, its advantages over existing technologies, the team behind it, the competition, the expected returns, and estimated time to market. Finally, five projects were chosen and we launched a strategic partnership whereby, Barrié Foundation earms a percentage of returns produced in order to create an evergreen fund. For each project, we developed a work plan with different milestones. Each milestone provides an opportunity to stop or continue a project. During the initial stages a considerable amount of effort was devoted to verification, proof-of-concept, or prototyping work. Then it was time for commercial viability and marketing strategies to be analyzed and implemented.

Of the five projects selected, only one did not meet milestones requirements and was abandoned. The Research Seed Fund continues supporting the remaining four projects, which range from biomedicine to high-performance computing software. In less than four years it has shown promising results: four validated proofs-of-concept, three new international patents, thirty nondisclosure agreements and five material transfer agreements signed, three licensing agreements, along with the founding of two new Galicia-based companies (Torusware and NasasBiotech).

Now that the methodology to harness the innovative potential of academia has been tested, we are aiming to increase its reach with the launch of a new project to transfer the Research Seed Fund methodology to public authorities so that the model created by Barrie Foundation can be replicated and scaled up. It will not be a mere handover of theoretical knowledge, but a very practical one. Over the next year we will be working with the Galician Innovation Agency to reproduce and improve the model we developed. Like the pilgrims Way of Saint James over the centuries, the Research Seed Fund seeks to foster dialogue, promote the dissemination of knowledge, and contribute to the economic and social development of those along the way.

Ana José Varela-González is the Chief Investment Officer at Barrié Foundation. She also chairs a software start-up, (Torusware as well as NasasBiotech), a biomedicine company. From 2012 to 2016 she was a Member of the Board of Directors of Banco Popular, the fifth largest Spanish bank. A Law and Business Administration graduate, Ana José earned her MBA from Columbia Business School. Fluent in English, French, Portuguese, and Spanish, , Ana José is a 2015 Eisenhower Fellow, a premier global network of leaders from all sectors working to better the world.