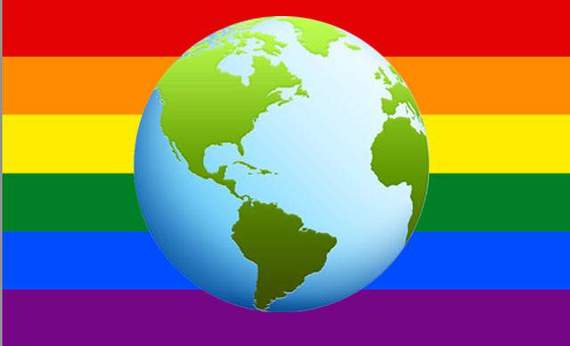 December 10 is human rights day, the 67th anniversary of the Universal Declaration of Human Rights. Each year, the anniversary is commemorated by ceremonies and presentations at United Nations (UN) headquarters, recently featuring declarations by officials supporting the human rights of LGBT people. This year, the focus of the presentations will shift to include not just human rights but also economic development. This shift, from human rights to economic and human development, represents a larger expansion in the strategy of the global LGBT movement which we will see played out in the years to come.

Until recently, global LGBT activism has focused on using human rights standards to advance issues of sexual orientation and gender identity. The human rights system is based on the Universal Declaration of Human Rights and related documents. A number of international watchdog organizations monitor the human rights situation on the ground. These organizations "name and shame" human rights violators and, in some cases, violators can be brought to Court.

The human rights system is not the only system that impacts the lives of LGBT people. For each of the many components of the international system -- trade, peacekeeping, culture, education, economic development -- there exists a separate set of organizations, treaties, and professional bodies, each reporting to a different set of bosses.

Until recently, LGBT groups have not focused on seeking inclusion in human and economic development programs. This has not been an oversight but rather a strategic choice. Fifteen years ago, a small number of LGBT activists were earnestly seeking recognition at the United Nations. Their message was one of human rights -- LGBT people had human rights on the same basis as everyone else. Not only were they being excluded by the international community, but most nations would not even participate in a discussion of whether international human rights standards included LGBT people.

In the early 2000s, several countries began to take a stance in favor of explicitly including LGBT people in the "mainstream" of human rights, triggered by a highly visible diplomatic request from Brazil in 2003. LGBT groups engaged in coordinated advocacy to expand on Brazil's action. A growing body of expertise and research concluded that the international human rights treaties in place at that time also applied to LGBT people. In 2009, the US, which had traditionally been an opponent of LGBT rights internationally, reversed its position in the United Nations.

Human rights day in 2010 featured a presentation by the UN Secretary General himself. By 2014, a large proportion of UN countries had articulated support for LGBT human rights internationally. Though certainly the battles are not over, the LGBT movement has been successful in assuring that LGBT issues are part of the human rights discussion. LGBT groups will continue to work diligently on human rights.

This same advancement has not happened in the sphere of human and economic development. The new set of global development goals adopted this year by the UN do not recognize LGBT people at all. These goals will guide trillions of dollars of international aid in the fields of health, education, political participation, job growth, and many others. The systems that are used to measure progress toward these goals --- a multitude of surveys and measurements of everything from health, education to domestic violence and agriculture -- do not track any data about LGBT people. In most countries in the world we know nothing to very little about the the lifespan, economic status, or educational attainment of LGBT people.

Yet, according to the small, but growing, research that is available, we see that gay men make eleven percent less than straight men, LGBT students miss school because of bullying, and health outcomes associated with stress and prejudice are poorer for LGBT people than their counterparts. Still, the vast majority of development programs dealing with employment, education and health, make no effort to recognize the LGBT workers, students, and patients that are undoubtedly part of the community.

This year's human rights day will feature Economist Lee Badgett, a colleague of mine who published the first academic article on wage disparities faced by gay workers over twenty-years ago. Last year she studied 39 emerging economies and showed that expanding LGBT rights could be part of a strategy to increase economic growth. In 2015 more LGBT groups than ever before participated in UN deliberations about human and economic development. This move to expand LGBT issues to include human and economic development follows on the success of LGBT issues in the human rights arena, and it responds to the needs of millions of LGBT people globally whose lives will be affected by inclusive global policy.