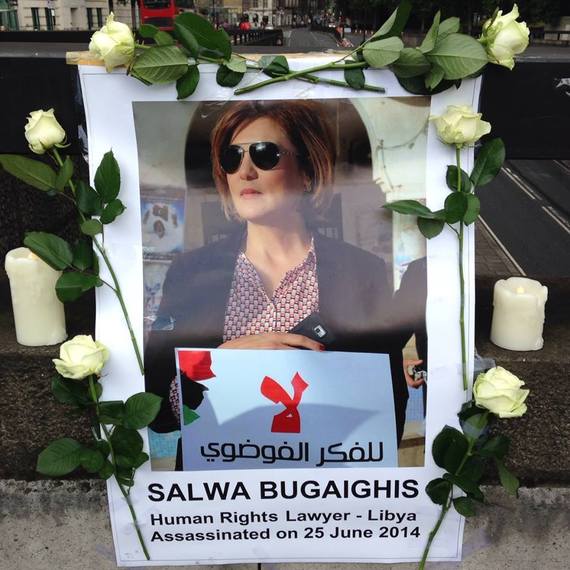 December 10 marks Human Rights Day, an opportunity for the world to recognize and celebrate global progress towards human dignity. For 2014, the United Nations has taken the theme of "Human Rights 365", underlining the fundamental nature of the declaration of human rights. For those of us whose daily lives are committed to the struggle to have our basic freedoms guaranteed and respected, it is a theme of great poignancy.

Though the Universal Declaration of Human Rights is now well over 60-years-old, its notions of fair treatment under the rule of law, equal rights in marriage, freedom of expression and so on are still far from universally respected. The struggle continues across the globe for governments to honor and enforce human rights through action, and for human rights defenders and the international community at large to hold them accountable when they fail to uphold them.

The reality of any such struggle is that sacrifice is as much part of the territory as progress, and that valiant men and women will be lost in the battle against those who see human rights as an encroachment on their untrammelled power. Today in particular, I will remember one person lost in the struggle -- my friend, Salwa Bugaighis. One of the strongest voices and bravest leaders in the Libyan revolution, Salwa was brutally assassinated in June, after she returned home from voting in the general elections.

Salwa was seen across the world as one of Libya's best hopes for a democratic future -- potentially even a future president of the country -- and it was for symbolizing this hope that she was so brutally targeted. So far, no one has been prosecuted for this terrible crime, and Libya remains a country bitterly divided and scarred by violence.

It is the indivisibility and universality of human rights that marks their power as a concept and as a measure of our human dignity, and that is why we say that Justice for Salwa is Justice for All.

Like many in the struggle for human rights, Salwa's life was marked by a burning desire for justice, for democracy, for equality, for dignity. Such a flame can ignite these passions in everyone that it touches. To have known Salwa is to have been inspired by her commitment, not just for Libyans, but for all who strive to make these ideals a reality. Those who tried so violently to extinguish this flame have failed; we will not be cowed from fighting for everything that Salwa believed in, fought for, and wanted for Libya and for the world.

Today we spread the message that human rights are nothing if they are not universal. We seek justice for Salwa, not merely in the prosecution of her assassins, but in peace, security and democratic freedom for the people of Libya. We seek freedom and security for men and women across the Arab region, freedom from persecution from unjust governments, from armed militias, and from those who withhold their human rights.

Securing fundamental rights for all must be Salwa's legacy. Her actions, her words, her inspiration lead us ever forwards. Justice for Salwa is Justice for All.