My mother once told me a small thing.

She was at a party when a couple was leaving. The man was helping his lady companion with her coat, "and he just dropped it on her shoulders, while he looked away at another woman," said my mother. "Just the way he dropped that coat, like dropping dirty laundry in a hamper, told me everything I needed to know about that man."

She told me a longer story, this one happier. 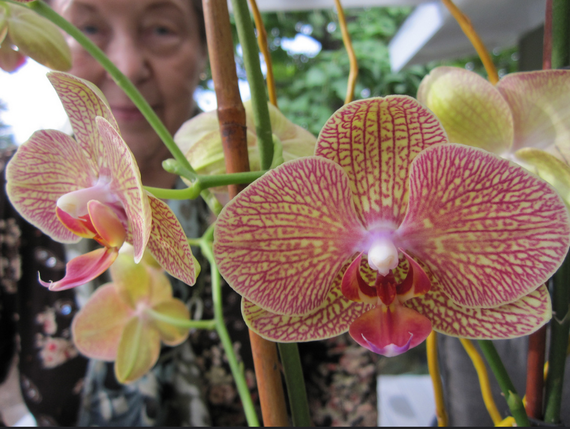 Since we didn't have much money when I was growing up, my mother always shopped at thrift stores in the San Diego area where we lived.

On one of her trips to Value Village, just a few days before Christmas, she saw an elderly woman approach the manager. My mother recognized the woman; like Mom, she was a regular customer.

From her cloth bag, the woman produced a tin can covered with aluminum foil and said, "I shop here all the time, so I'd like to give something back. I don't have much, but I do have this can of bacon fat I've saved. It's good for cooking."

The store manager looked down at the woman and gently took the can. He waited a few moments before responding; my mother guessed he was thinking of what to say. Obviously, he couldn't sell the can of bacon fat to customers, she told me.

The woman got a big smile on her face, turned around, and left the store.

"What wisdom that store manager had!" said my mother, a big smile on her face, too, as she told me the story.

Hearing stories from my mother about caring, and lack of caring, got me to open my eyes to caring experiences in my own life.

When I was an undergrad at UC San Diego, I rode a white van that took staff and students between University Hospital downtown and the main UCSD campus up in La Jolla. I got to know the driver, William, an African-American who had a steady, pleasant manner. His job required a lot of driving, but also a lot of sitting and waiting in his van.

I was the first to step into his van one day and heard a gentle tapping sound that stopped as I entered. I leaned forward and saw that William had a spoon and a coin, of sorts, in his hands. I asked him what he was doing.

William showed me the coin, which was a silver quarter -- or had been. The heads and tails of it were clearly visible, yet its edge had been turned into what looked like the outside of a ring. William had ever so gradually tapped the coin into that form with a tablespoon.

"I'm making a ring for my wife," he said. "It's something I learned in the Navy. When I've got it the right size, I'll cut out the center and polish it."

He had been working on it a few months, he said, and still had a few more months to go. Then he let me hold it. The coin, on its way to becoming a ring, was warm from his hands, and the outside was patterned with the smallest of hammer marks.

After a few seconds, I handed it back. It felt like he had given me a gift just to be able to hold it for that short time. This, I thought, was a true labor of love, an object transformed, with monumental patience, by his loving hands to adorn the hand of his beloved.

Recalling this reminds me of another story my mother told me. A woman was having breakfast with her husband one February morning. "Honey, I just realized something," she said.

"You remember I told you how I've been struggling to get my car started on these cold mornings? Whatever the problem was, it seems to have gone away. "

She saw his ever-so-slight smile. It was then that she realized what he'd done.

"You've been going out there, haven't you?"

Yes, he had. He always got up before she did, and he'd been going out every morning in the cold to start her car and let it warm up so it would be ready for her. He just hadn't bothered to tell her.

My mother was a social worker and worked in child placement. She had to decide when a child should stay with relatives or be moved to foster care. 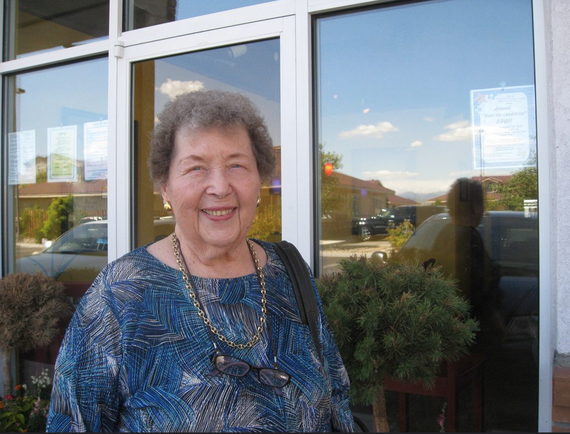 One day, when I was about nine years old, I went along with my mother on one of her home visits to a family. It must have been a Saturday or Sunday, because it was daytime and I wasn't in school. I waited in the car while my mother visited the child inside the house. When she was finished, she slid into the driver's seat and draped her hands on top of the steering wheel, gazing out at -- I wasn't sure.

My mother is in her eighties now, and I'm ever so grateful she is still with us so that I can remind her of these little stories and the influence they've had on me. I try not to let a day pass when I don't send an email intended to encourage or uplift, or pen a handwritten note, or give in some physical way to please another soul. And I know my mom is part of the reason why.

Happy Mother's Day, Mom, and thanks. I love you.