Earlier this year, I was sitting through a tired keynote on the future of online education (if I had a nickel...). The speaker was awkward and reserved, the audience, inert. But just before I was about to start rerunning another Golden Girls episode in my head, something changed. Suddenly, the speaker's words were imbued with electricity. I momentarily silenced Betty White, sat up straight, and listened. 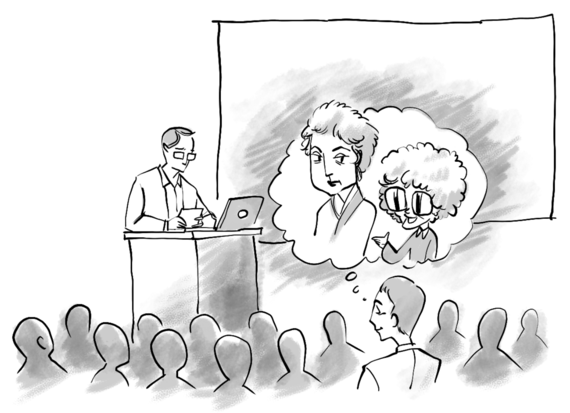 It was such a simple switch. Our speaker had begun to share an intimate anecdote about how education had changed the trajectory of his and his children's lives. Toward the end of his story he got choked up, and as if my mirror neurons were firing on cue, I got choked up as well. Goosebumps dimpled my arms and neck. My pulse quickened. Put simply, I was moved.

Being able to move people is a powerful ability -- leaders like Martin Luther King and Ghandi demonstrated how it can literally change the world. Perhaps this is why the term "moving" is so apt: these charged experiences invoke action. 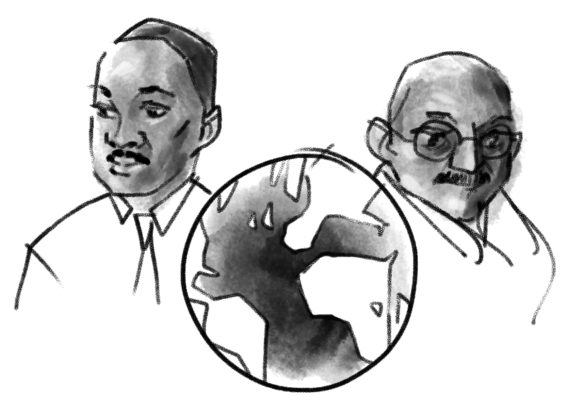 But how? What is the secret to moving others, whether in a keynote address or meeting at work? A few months back I started noting moments in which I was moved by others. While I recognize that different people are moved by different things (does anyone else cry to the Hamilton soundtrack?), I hoped that by uncovering common denominators across these experiences, I could become a better communicator, coworker, and leader.

The keynote speaker reinforced that a person's ability to move others doesn't require them to be extroverted or animated (although looking to figures like MLK and Ghandi had led me to assume otherwise). Through another focused observation, I learned I can be moved by topics in which I have little interest. One day at work I was chatting with a very talented engineer who seemed almost giddy while explaining the potential impact of a project he was working on:

"It's pretty incredible to think what we could do with this [CONFUSING DATA JARGON HERE]," he said. "This could change our entire approach to sourcing customers!"

I find this subject pretty bland (and this person is far from an animated speaker), but his excitement was palpable. What's more, I could tell it made no difference to him whether I shared his excitement; as far as he was concerned, he could've been talking to a goldfish with the same amount of enthusiasm. There was no self-consciousness or pandering with this guy; just a genuine expression of passion.

The more moving experiences I observed, the more I realized that while each person varied tremendously in their delivery, topic area, personal background, and our relationship, central to each was a genuine expression of candor and vulnerability. Some made themselves vulnerable by sharing details of their geeky interests and aspirations; others through telling intimate stories from their youth or admitting wrongdoing.

Why are candor and vulnerability such powerful ingredients in moving experiences? My guess is that they help create authentic moments of connection, the foundation of any moving exchange. To be moved, we need to believe we're observing something raw and authentic, and few things communicate authenticity more than vulnerability. There is another secret benefit of letting our guard down: being vulnerable puts others at ease (the opposite effect of those who are aggressive, cold, or distant), making people more receptive to the content of our message.

Taking a giant step back, I recognize that my approach to understanding what moves us is far from scientific. We're all moved by different things in different ways, and I'm drawing on a few anecdotal experiences over a relatively short period of time. But I found this introspective exercise of evaluating what moves me (and why) very insightful, allowing me to glimpse the power of allowing ourselves to be seen, turning fear into moments of genuine connection, and shared struggles into common causes. I challenge you to do the same.