Recently, Nev Schulman, the host of Catfish, (a show that attempts to unite online romantic partners in real life) tweeted in response to BET's Black Girls Rock!, an event that was created to specifically celebrate and affirm Black Womanhood. This celebration of Black Women by Black Women is imperative, for Black Women still struggle to be positively represented in the media, and, in turn, young Black Women are unable to see images of themselves that are encouraging and uplifting. Black Girls Rock! celebrates Black Women in the fullness of our humanity, acknowledging that we carry myriad phenotypes, talents, and stories, all of which are valuable and worthy of celebration. 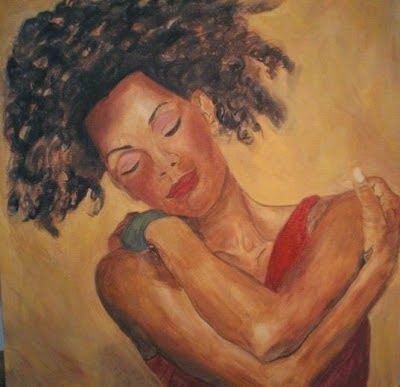 "Catfishing" is the act of using a false online-identity to obtain romantic attention and affirmation. Personally, I am a fan of the show Catfish due to the fact that I find Nev's job intriguing. His job as host, gives him a glimpse at the ways in which society denigrates certain body types while elevating others. The show uncovers the reality that marginalized communities (i.e. Queer, Black, low income) disproportionately feel the need to hide their identities to find love and acceptance. I have often found Nev's spirit when dealing with those that are emotionally hurting to be refreshingly graceful. As a result, I was initially shocked by his offensive tweet. However, I quickly reminded myself not to conflate kindness with social awareness; Though Nev is empathetic to those navigating romantic difficulty, empathy does not signify knowledge of how identity and romance intersect. And further, how this intersection can often be traumatic for Black Women.

When Nev tweeted that "Black Women also tend to Catfish alot" with his simultaneous use of "#BlackGirlsRock," he utilized the deep, stigmatizing pain that Black Women feel to invalidate the power and resilience that lies within our community. He commented on a manifestation of how Black Women cope with social subjugation without taking the time to analyze why Black Women feel the need to Catfish in order to garner attention and romantic affirmation. This tweet is compounded by the truth that Nev's identity of being both white and male, carries an extensive oppressive relationship in disallowing Black Women to cultivate agency and self-love around their own bodies.

When I read Nev's tweet I was brought to the remembrance of a Catfish episode wherein a young bi-racial (white and Black) girl hid her identity from a boy she liked due to the fact that she was raised by a white family and struggled to feel that her Black identity was beautiful (Season 4 Ep. 19). As a result, she felt the need to Catfish (as a white woman) to attain a sense of value and worthiness. As a Black Woman, I sympathized with her pain. I remember being angry in elementary school, middle school, and high school when boys would tell me "I was pretty for a Black girl," that I was the "prettiest Black girl in the class," or further, that they "didn't date Black girls" at all.

Black Women are taught from a young age that our bodies are only desirable in a certain context and that this desirability is intra-competitive - meaning that in relationship to other racial groups of women, we will consistently be found less wanted. To carry the weight and self-understanding that the world may not fully embrace you in the totality of your identity as a Black Woman is heavy and saddening. When Black Women are actively doing work, such as Black Girls Rock!, to counteract pejorative messages of the Black Female self, it is not the place of others to comment negatively.

Catfish is an entertaining show, but the stories that it shares are real. They are of value, and they are of importance. As such, they are not to be used in an exploitative manner. They are narratives that should be explicated and examined due to the fact they give us insight on the ways in which our society is falling short in creating spaces that value non-white, non-middle class, non-heteronormative, and non-skinny bodies. The realization that certain communities are lacking in the love and support they need should be utilized to create social change, not manipulated for social capital.