Sometimes, we just want to know the end of the story. Will I get the job, find love, arrive safely? For centuries, people have invented ways to attempt to see into the future or understand the unknown. In particular, matriarchal religions tend to recognize the divine in nature and many incantations and rituals involve a connection to the natural elements. Each of the six artists in this exhibition were asked to submit work related to the idea of divination--whether as a connection to the divine, fortunetelling, or seeing into the future--and each one interpreted the idea through a different lens.

For the past two decades, Marnie Weber has engaged performance, music, film, photography, collage, and costumes in a practice that mines the fluid and fertile realms of the unconscious. Projects have included inventing a band of post-punk Spirit Girls returned from death for a series of concerts and creating collages centered around the imagined life of a cemetery and exhibited in a mausoleum. Weber's playful and fearless gaze exposes the myriad potentials of the unknown.

For China Adams, the future revolves around our present relationship to the environment. Her "Activated Garbage Stills" re-contextualize trash as a thing of beauty, inviting us to see the potential of the objects that surround us, contemplating what we take for granted and what we discard. "The idea of finding an aesthetic purpose (or appreciation) of garbage represents a kind of foretelling of a future cultural necessity," Adams explains, "Perhaps a kind of omen of sorts."

Jen De Nike's new body of work is drawn from an interest in Tarot cards and reflects a connection to the natural world, in particular the moon, as a means of understanding and relating to the unknown. In early Tarot decks, the Moon often signified trickery and manipulation and, while the card can be read as pointing to danger from the outside, it also relates to the cycles of moon and sea, echoing those of the woman's body and bespeaking an organic connection to universal if mysterious rhythms.

Taking up the premise of this exhibition, Dana Berman Duff researched fortune telling and consulted a physic before selecting the three stills included here. Berman Duff found that, "Fortune telling seems to be a largely female occupation, from the time of the Greek oracles and Roman sibyls up to the present day "live-chat" fortune telling website." Her own reading suggested that she simultaneously embody the roles of seeker and seer.

With sly wit and enduring optimism, Ilene Segalove began to use photography and video to document her life and times in the 1970s. Segalove was one of the earliest conceptual artists to use humor as a means of disarming viewers and opening our minds to common anxieties. Here she responds to a church bingo game, igniting the tropes of magic with a down-the-rabbit-hole sensibility while fusing the familiar hope of a win with the uncomfortable uncertainty of any control over results.

Nena Amsler invokes the overlapping spaces between known and unknown. With an aesthetic sleight of hand, Amsler transforms paint into textures such as webs and earth. Utilizing openings between one surface and another, her works suggests we look past assumptions or expectations. "Being bi-racial (Swiss-Peruvian), ambiguity has always been a topic of interest to me, so in my work I aim to blur our dualistic understanding of what constitutes reality." She quotes Buddhist monk and teacher, Thich Nhat Hanh, saying, "reality is merely an illusion, albeit a very persistent one."

On Seeing is an exhibition series on The Huffington Post curated by Annie Buckley. It includes emerging and established artists from around the globe. The goal is to explore the depth of how we see and reflect on art while expanding the range of ways to view art.

A special thank you to Katie Hernandez, curatorial intern, for her help with this edition of On Seeing.

On Seeing is not a commercial series, but in the event that it results in a sale, participating artists and gallerists are invited to donate at least 15% of the proceeds to a charity of their choice. 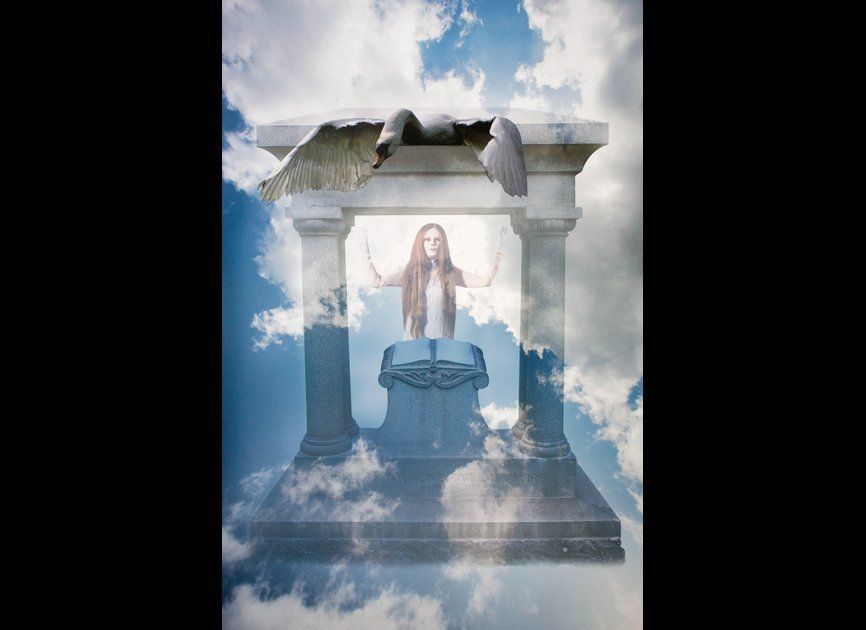