In relation to writing poetry, I've lately been thinking about how I want to widen the gap between describing something with accuracy and interpreting "what it means," perhaps leave that part to the reader altogether. I like how this requires practicing a wider pause between noticing something in the world and judging the thing noticed in daily life.

Today, thinking about my difficulty in listening to the news, it occurs to me that we often skip a more primal response to these stories, right to the "what it means," or "what to do" In fact, by the time we hear about something it's already couched in someone's interpretation or opinion about what to do. Sometimes, don't you hear something that just makes you want to scream? Or grow deeply quiet? We are barely shocked by the most horrendous things. We don't have time. We aren't given time. There's so little time between something occurring and voices chiming in about what it means or what to do-- sometimes our voices feel premature.

I think that gap between what's happening and interpreting its meaning can be important somehow, but I'm not sure; I know action is also important. Maybe I feel this way in a very sped up world, where we do not have time to respond to a shooting before social media and online news gives opinions as to what we should do about it. I was very disheartened, for example, the morning after the attacks in Paris to see a headline read, "France vows mercilessness." With such immediacy, have we decided that's the best way to solve ISIS' violence? By further alienating Muslims and inadvertently risking encouraging them to join a group where they then feel needed? Is mercilessness really something one wants to vow? Doesn't it feel a bit knee-jerk? I understand anger as a response to such horror. But why not then a stepping-back of trying to figure it all out?

Yet I read about those attacks in Paris in a cafe in the Midwest where I was working. I could give a moment to an intense feeling, but I was sweeping the wooden floors and listening to people's voices around me, already full of opinions about the headline. The news is removed from our visceral, sensory experience, where we could respond with more presence to seeing something horrific (gasping at a mangled deer on the side of the road) or something beautiful (agape to look up at a double rainbow). When I was in India, I responded in a much different way to impoverishment when an individual was pinching my shoulder than I would thinking about India's economy from another place, of course.

Driving down the highway on my way to work, I turn on NPR and hear a story about a woman who was gang raped on a bus in India. I want to scream with her, for her, and for all the things it draws to mind of people's stories and politician's misunderstandings, but I'm driving in the dark, feeling cold, seeing snow on the trees. This split in imagining something far away and having a visceral response but actually being in a different present moment is somehow confusing.

I think of David Abram's brilliant book, The Spell of the Sensuous and what he writes about Aboriginal people in Australia's songs. They're an oral culture, intimately connected to the animate landscape and have song lines that tell how their animal ancestors created (and whose spirits still reside in) the various hills (by sitting down there) and lakes (spilling a canteen here). Their songs are auditory maps, tracks, of the landscape, and each time they tell these stories, they sing the earth back into existence. There's a reciprocal relationship between human beings and the living landscape, rather than the landscape being a passive thing for only human story to play out on. This relationship relies on sensory encounter. Seeing various hills draws forth the memory of the song, and likewise singing the songs allow listeners to visualize where, specifically, that story is taking place. The stories are tied to the earth-- to think of a story as separate and somehow transportable from the place where it occurred is incomprehensible and constitutes a kind of violence.

It's a much different way of thinking about stories than we in our written culture do. In our globalized and technological world, we gain exposure to other perspectives and ways of seeing-- we have opportunity for further human connection and relationships as we don't reside in isolated communities. But I wonder about the danger in detaching stories, too. I don't really have an argument to make here, but just spend time thinking about it. I think it's so important to know what's going on in the world, to learn and be understanding (though I admit that's often not the goal of globalization or new technologies) and it's also important to be present where one is and encounter those daily stories full-on. How does one reconcile that? 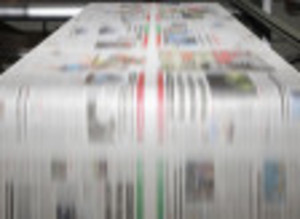