Frequently, guests on my food tours ask why our city is named Seattle. The First People to inhabit this area were the Suquamish and Duwamish tribes. Chief Seattle or (Si'ahl) was the chief of both tribes. His reputation as a leader and his relationship with the white settlers resulted in the naming of the city.

A couple of months ago my tour mates Justin Oba, Nick Setten, and I visited the Suquamish Museum and Chief Seattle's grave on the Kitsap Peninsula. 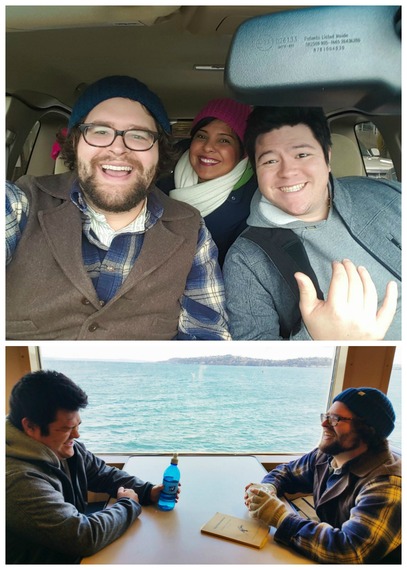 The trip to Kitsap Peninsula is a 30-minute ferry ride from Seattle to Bainbridge Island and a 15-minute drive along highway 305 to the Port Madison Indian Reservation. You'll want to have a camera because the drive is beautiful! Crossing Agate Pass, through the lush forests and along the coast, it's not hard to imagine how it must have looked long ago when the land was wild and untouched by western settlers.

Chief Seattle's burial site is located on the Suquamish Tribal cemetery. Two 12-foot-tall carved and painted cedar poles stand aside the tombstone telling the chief's story. From the Old Man House his father built in the 1770's and his sighting of Captain George Vancouver's ships in 1792, to his days as a warrior and as an older man giving his famous speech in 1855, all this is depicted in the beautiful artwork of the story poles. 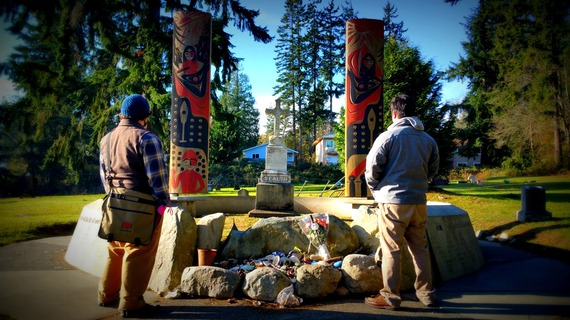 A short walk down to the beach takes you to the Old Man House Park which was the site of the largest Suquamish winter village and Big House. There you'll also see the House of Awakened Culture where community programs such as Lushootseed language classes, traditional weaving, and carving take place, teaching and celebrating living Suquamish culture!

The museum was built to recapture the spirit of the longhouse. From the outside, the roof slopes downward in one direction -- highest point facing the water and lowest point towards the forest. The interior side of the lowest wall is green, the side that faces the forest. The side of the high wall is blue, which faces the sea. The museum is interactive and the space, free-flowing. The artifacts were carefully chosen to display both the beauty and the stories of the Suquamish people. 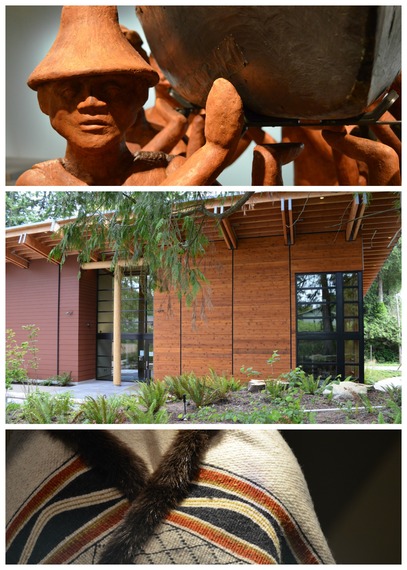 Much of Seattle's culinary scene focuses on sustainable, local, and seasonal foods, so we asked questions about traditional foods from the people who knew it best. Little did we know we were to visit Suquamish Seafoods!

Established in 1996, Suquamish Seafood Enterprises (SSE) provides seafood markets for tribal fisherman and a market for the geoduck clams abundant here in the waters of Puget Sound. More importantly, this is a way to keep seafood sustainable, support tribal economy, and honor the ancestral way of life.

We met up with Suquamish councilmember Jay Mills, who immediately gifted us the most delicious smoked salmon we've ever had! He gave us a tour of the traditional salmon smokehouse and the Suquamish Seafoods facility. 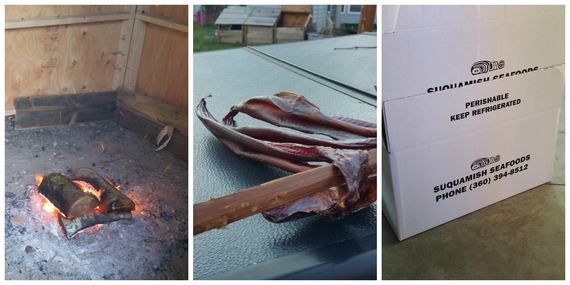 We learned about the negative impact farmed fish has on prices of wild stock and how everything about food including the act of gathering, preparing, and sharing was and still is a vital and sacred part of Suquamish tribal culture.

Suquamish Seafood Enterprises is just one example of how the tribe is thriving. As the 3rd largest employer in Kitsap County, they own Clearwater Casino and Resort, a Tribal Court, a Police Department serving over 7,100 Native and non-native residents, a Wellness Program and they are even the first tribal nation to own a school district. To top off our adventure, Jay and Barbara invited us to Kiana Lodge - a beautiful Wedding and event space in the middle of lush forest and a majestic waterfront view that was also a filming location for the popular cult series, Twin Peaks.

The conversation was long, the time was short. There's lots to see and learn and we're deeply honored Tribal Elders, Barbara Lawrence-Piecuch and Jay Mills spent time with us. 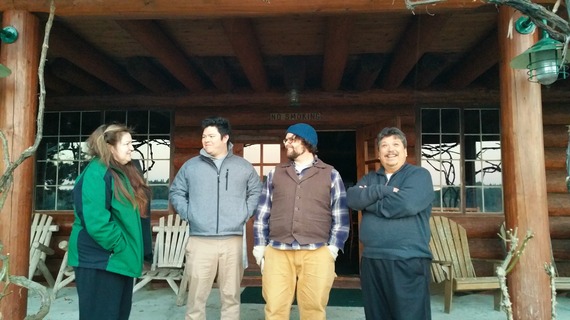 If you're visiting The Suquamish Tribe for the first time, here are some good things to know: 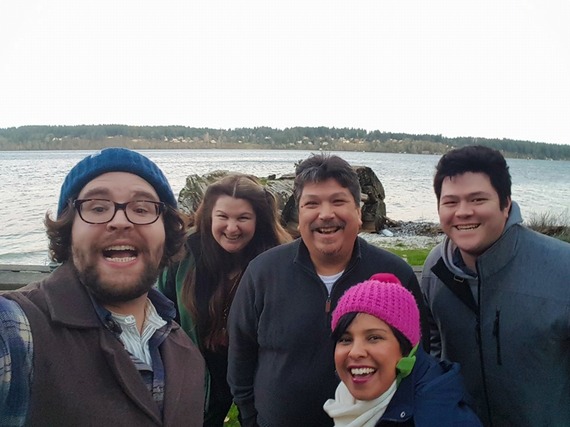 For more information on the Suquamish Museum and more things to do, please visit: www.suquamishmuseum.org