Lack of affordable housing. The challenges of family caregiving. Age discrimination in the workplace. These are just some of the major concerns of African-American voters age 50 and older in New York City as revealed by an AARP commissioned survey in 2013. The findings were presented at MIST Harlem during a media luncheon targeted at reaching the African-American population. 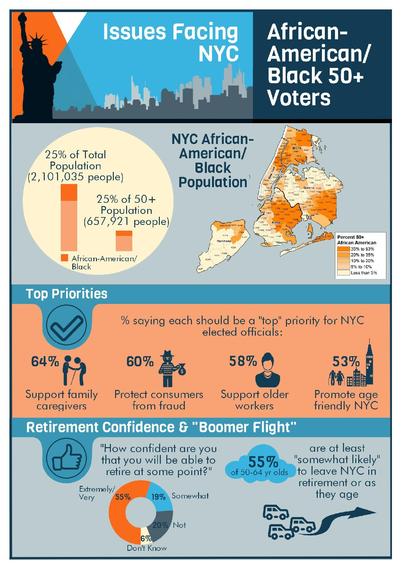 Sixty-one percent of those surveyed are concerned about the cost of rent while nearly half reported experiencing or witnessing age discrimination in the workplace. The implications of these findings are far-reaching. A July 2014 AARP report across eight states (Arkansas Florida, Illinois, Iowa, Michigan, North Carolina, Ohio, and Pennsylvania) found that the majority of those polled similarly expressed anxiety about being able to keep up with the cost of living.

And when it comes to those 50+ in the arts and culture sector affordability issues can be tenfold. A survey by W.A.G.E. (Working Artists and the Greater Economy) found that over 50% of visual and performing artists did not receive any form of compensation or reimbursement for participating in a NYC exhibition. 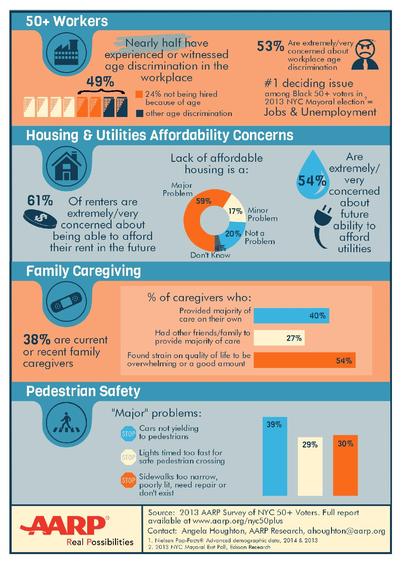 Recognizing this issue AARP New York's Associate State Director Dionne Polite shared, "We understand how difficult it can be for artists who are just trying to make ends meet. AARP has some really great online calculator tools that artists can use to help figure put how to put away money for retirement, figure out a plan to pay down debt, set a budget, and more. Because artists may not have a traditional job with benefits we also offer tools to guide people on how to buy health insurance, which can be very confusing."

The AARP survey is also leading Polite and her team to focus on raising awareness through arts and culture. The organization has done this through a diverse roster of initiatives including panels, film screenings, theater events with talkbacks and art exhibitions that address similar themes found in the study.

"We are believers in the concept of 'edutainment,' which is educating people through entertainment so that important educational messages are delivered in a fun and unexpected way," said Polite. "We have sponsored art exhibitions; film festivals and concerts that help us carry our messages." 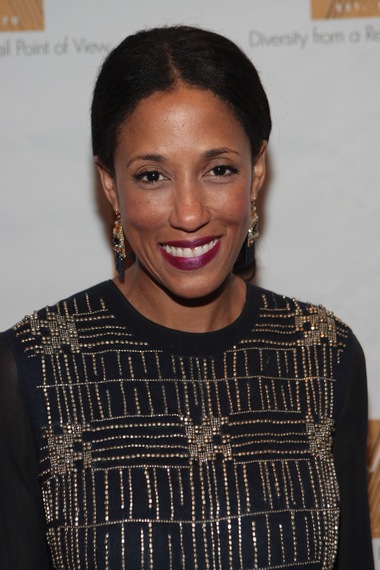 Former BRAG scholarship recipient and one of this year's honorees Shawuan Johnson felt like the experience was coming full circle as she now is the SVP/GMM of women's apparel and accessories at Tommy Hilfiger. "It is humbling to think 18 years ago I was a nervous college student," she reflected. "I feel honored and blessed to be here tonight."

Since 1975, over 1,000 interns have participated in the BRAG program and the emphasis on training students of color for positions behind-the-runway resonates strongly with Johnson. She thinks the conversation of diversity in fashion has focused too heavily on models and not enough on executive talent. 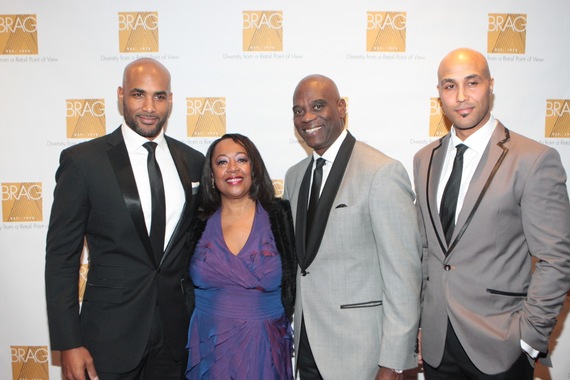 "Those behind-the-scenes are the ones with real power. We need more people of color in decision-making positions to make sure we are represented because we are the consumer."

Actor Boris Kodjoe is one of the faces of fashion excelling both in front of and behind-the-scenes. The former model turned actor is also a fashion entrepreneur with the company Alfa. He launched it with his brother Patrick and James G. Brown. They each received The BRAG JJ Thomas Innovator Award for Alfa's unique approach to custom-tailored clothing which allows people to use an interactive online 3D feature to design and order their own perfectly handcrafted tailored look.

Entering the apparel manufacturing industry is a gamble for all three men. According to the U.S. Bureau of Labor Statistics, this sector is projected to experience a 57.9% decline in employment by the year 2022. However, Boris shared his belief that companies like Alfa can help promote entrepreneurship in the field by offering accessible design tools to aspiring business owners. "We encourage entrepreneurship by offering people the structure to take a hands-on approach and apply it to mass production."