Some people pursue therapy in a private and traditional sense: a licensed professional, a couch, and paying for as many hours as they wish to discuss their life. Big Freedia isn't one of those people. The self-proclaimed "Queen Diva," finds his therapy in front of a nationwide audience, lights, and cameras via the hit reality TV series, Big Freedia: Queen of Bounce. Returning for its third season on February 25 on Fuse, Big Freedia opens up about the challenges of a nationwide tour, the loss of his mother, and a complicated romantic relationship. 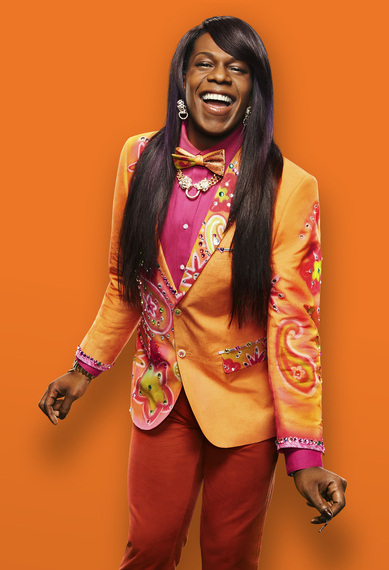 "My fans have helped me and my family to be stronger after the loss of my mom," he said of the catharsis he found while filming. "Things that happened on my show are real-life situations that somebody can relate to and a lot of people feel it."

The show is now Fuse's highest-rated ever and the bounce music sensation is capitalizing off of the newfound platform. Last November in New Orleans Big Freedia shattered his record for the Guinness Book of World Records largest simultaneous "twerking" event with over 400 attendees performing the backbreaking, booty-shaking dance. He is now working on a new album and a memoir slated for release this summer titled Big Freedia: God Save the Queen Diva.

For Big Freedia--who identifies as openly gay and whose androgynous image blurs gender lines--using his reality TV fame is also about being a voice on LGBT issues. In numerous interviews he has challenged homophobia in hip-hop and terms such as "sissy bounce," the latter which has been used to describe a subgenre of bounce music. And he is just as outspoken when it comes to the controversy surrounding openly bisexual rapper, Azealia Banks' prevalent use of the word "faggot."

"It wasn't a comment directed to me but it was to my community and I disagree with it," he said. "Every rapper wanna be down and use the 'n' word and 'no homo' but there are more words you can use to get your message across. There are ignorant people in every genre of music. But I stand in defense of my gay music."

Vivica A. Fox tears up at Unsung Hollywood screening
Actress Vivica A. Fox may have been celebrating her episode on TV One's docu-series Unsung Hollywood but from the cheers at a private screening her praises were definitely sung loud and clear on Tuesday night. At the event produced by Sharon Brathwaite and Savvy Marketing Entertainment Group (SMEG) a gathering of tastemakers and celebrities, including Meli'sa Morgan, Bowlegged Lou and Paul Anthony of Full Force, Miss J Alexander, and celebrity stylist Phillip Bloch packed Studio 21 in New York City to view Vivica's life story. 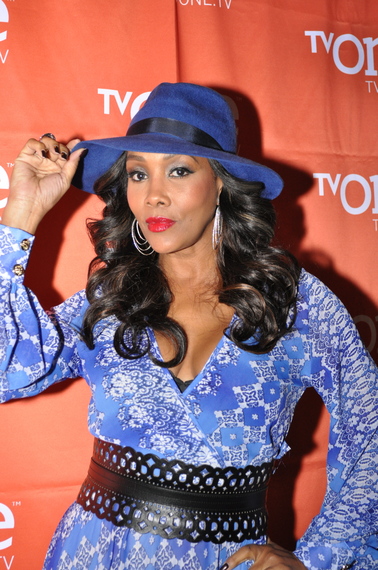 The episode--produced by Brathwaite under A. Smith & Co. Productions--serves as a reminder of Fox's numerous roles over the course of about 25 years from the soap opera The Young and the Restless to her nearly billion dollar hit movie with Will Smith, Independence Day. Delving into her personal life the series captures her joys and disappointments in love from her marriage to singer, Christopher "Sixx-Nine" Harvest to a brief and high-profile romance with rapper and mogul 50 Cent.

Taking to the microphone Fox became emotional when addressing the throng of adoring guests. "The absolute love I got from this is better than any award. Tonight is a moment in time I will never forget," she said while tearing up. "We need to honor and lift one another up on a continuous basis. When we get it from our own community it is even more special."