Last week Lil' Mo and Michel'le previewed season three of TV One's hit series R&B Divas: LA. Now Chanté Moore and Stacy Francis weigh in with their perspective on what to expect. Let's just say there will certainly be some belting in the air and shade on the grass.

Last season found Moore mourning the loss of her brother, the anniversary of her mother's death and a child custody battle with her ex-husband, Kenny Lattimore. The personal drama spilled over into her interactions with fellow cast members, who found her to be cold, distant and calculating. According to Moore, she's back to make peace with the divas and promote new music and her book Will I Marry Me?

Although Francis is a veteran in the music industry, an original member of the 1990s girl group Ex-Girlfriend and The X Factor USA finalist, her personal life has made more headlines than her music. A few days before Whitney Houston's death, she reportedly got into an altercation with the legendary singer. But Francis is looking to put the drama behind her and focus on new music, including her single "I Still Believe" and a skincare and clothing line.

Prior to their February 11 premiere, Moore and Francis shared their thoughts on everything from mistakes in love to calling out a few divas for bad behavior.

Chanté Moore on Chrisette Michele quitting and Claudette Ortiz not returning to the show:

"I wasn't happy that now things were in sync, then she quit; it was disappointing. I didn't want her to go. Claudette and I were good friends. Off camera she was cool, but on camera she was a bit self-conscious. Sometimes the camera can be petrifying and make you think about all you say before you say it, and you can be mechanical because of that. It's not easy to let your life play out for the camera, so I can understand why it made her self-conscious." 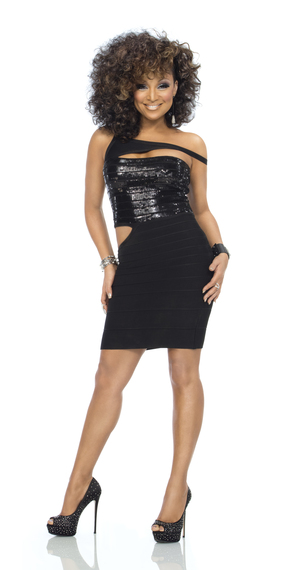 On the new divas:

"I don't know Stacy Francis well. I never heard of her before. I knew she was on X Factor, and that's all I know about her. Brave is a sweet girl. It's wonderful to have someone like her, because Claudette Ortiz is no longer here on the show, and it's a similar spirit. She's tall and beautiful as well."

On learning from her mistakes in love:

"I understand now it is a process when I go back to my life and see how I made mistakes and married and looked for love. I was making choices and knowing in my gut they were wrong choices, but I did it because I didn't want to hurt the other person. I learned to be true to myself. I know a lot of women go through the same thing. That's why my music is about opening my heart and life to people to help them see they are not alone. I want to encourage women that when you lose love and make decisions that don't look great, to get back up and move forward."

"I am opinionated and can be fiery and feisty. But overall I have a good heart and intentions. I have integrity and ethics. It's difficult to have that in some of the environments, because some of the girls didn't take responsibility for their nonsense, and I called them out on it. I don't appreciate being in a group and people not being forthright. What I love about Leela is she wears her feelings on her sleeve, and Lil' Mo does too. Brave is one of the most diplomatic and beautifully spirited people. I didn't have beef with Chrisette [Michele]. The problem I had with her is that it's hard walking into a situation when you don't know people and you think you do. 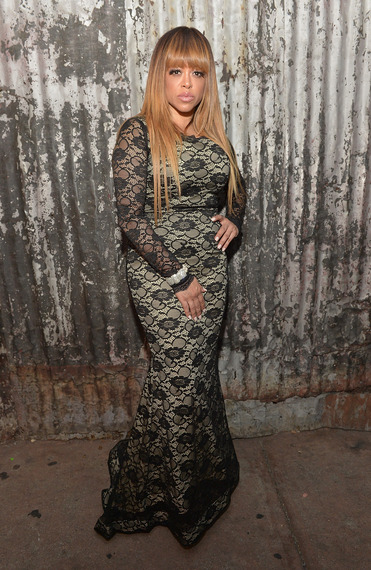 "One of the girls said I came to interrupt her life. But you're not that important to me that I'd come here specifically for you, so let's not get that twisted up, Chanté Moore. You got that wrong, Boo-boo. I have children, I been in the business over 20 years, and I belong here, so don't make it about any other thing than that."

On tabloid drama overshadowing her talent:

"We all can see it: [Tabloid controversy] has overshadowed my music. I was never a boaster about my singing, but I had to say, 'Let's not forget I sing.' I am on a singing show with others who can sing because I can sing, and not because I came to start controversy. So I do know it seems like I can't escape it, but I won't claim that."

On resolving issues with the Houston family:

The weekly column On the "A" w/ Souleo covers the intersection of the arts, culture entertainment and philanthropy in Harlem and beyond and is written by Souleo, the founder and president of event/media content production company Souleo Enterprises, LLC.