If you want to make veteran fashion designer, Byron Lars cry with joy just arrange a surprise appearance by his brother, Vincent Lars. That was one of the highlights that took place at this year's Harlem's Fashion Row (HFR) 7th Annual Fashion Show & Style Awards as Byron was presented with the Designer of the Year Award by his sibling. Vincent, who is a musician, shared with the audience his admiration for Byron's universally praised talent. 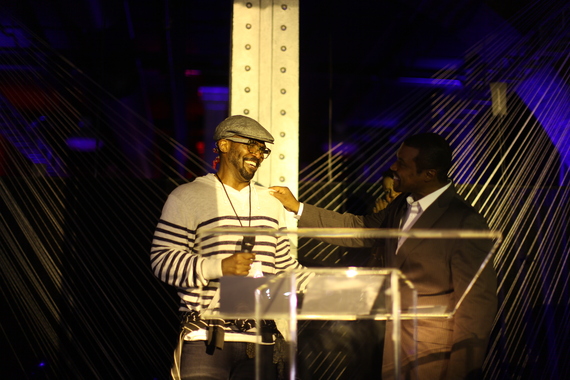 "When you have a brother or sibling you don't always know the talent they have until they envision everything they dreamed up," he said. "I don't know anything about fashion but I am so proud of him." 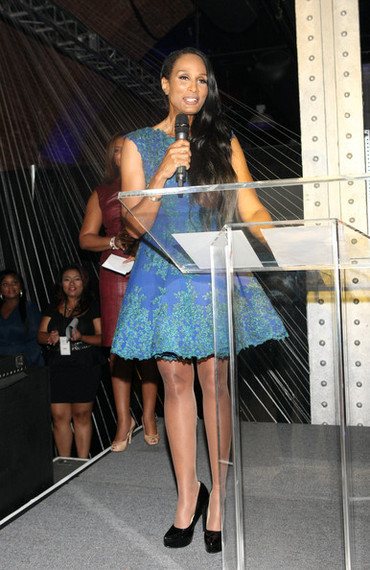 The awards presentation continued with additional honorees including Beverly Johnson, who is celebrating the 40th anniversary of becoming the first African-American woman on the cover of Vogue in 1974. Johnson found the HFR ICON 360 Award to be particularly timely and significant since the lack of diversity on fashion runways remains an issue.

"That Vogue cover is as significant today as it was when I got the cover. I went to a [runway] show today and there were no women of color in the show," she said. "That is why it is important that we can shine our own spotlight on ourselves." 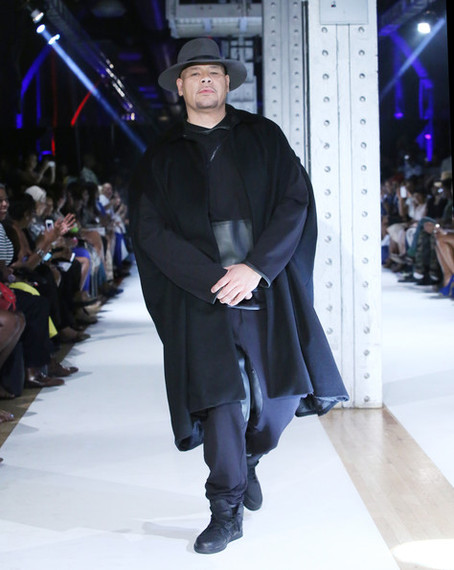 The nightlife comes to New York Fashion Week
New York City Midtown passersby were in for a few unexpected sightings as they came across the glass atrium of a commercial building during this season's New York Fashion Week (NYFW). The location was converted into an "Urban Garden Room" by arts organization, chashama and nightlife legend, Susanne Bartsch. It was all part of Art-a-Porter, a takeover of NYFW with a cornucopia of multimedia that fused fashion, theater, performance and visual art by over 50 artists. 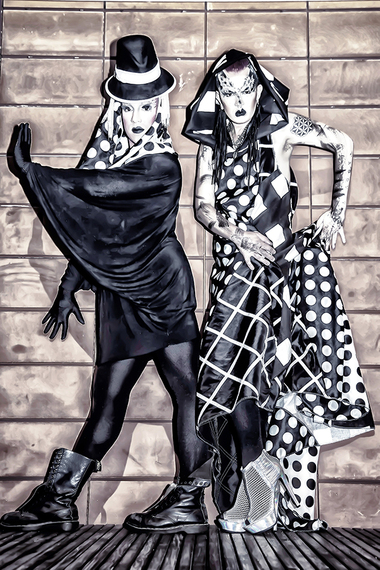 In the Urban Garden Room several of New York City's underground culture mainstays including Amanda Lepore created a "surrealist" dinner party with extravagant costumes, art, music and of course, sandwiches. The dinner guests were on display as onlookers took photos and reveled in watching the elaborate tableau. For Bartsch the installation was an attempt to display what she considers the often overlooked and underappreciated art of underground club culture. 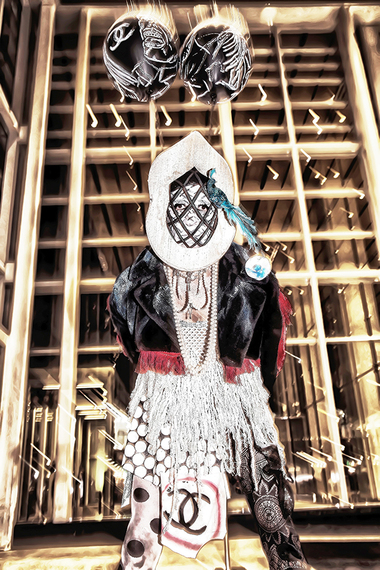 "These people have nothing to do with fashion but yet with looks and creations they use their bodies to create art. When these people are in nightclubs many don't see the art. So I wanted to take it out that context and put it in a different setting during New York Fashion Week."

Visual artist, Glenn Ligon debuts collaboration with MZ Wallace
As NYFW has come to an end one company is focused on using fashion to give back. MZ Wallace (co-founded by Monica Zwirner and Lucy Wallace Eustice) has created a special tote ($225) in collaboration with celebrated visual artist, Glenn Ligon to support The Studio Museum in Harlem's art education programs.

The collaborative process involved several rounds of painstaking drafts to get the density of text and color perfect using Ligon's piece, Untitled (I Am Somebody). But the hard work was worth it since the message behind the work of self-empowerment is what Zwirner describes as, "timely, timeless and profound."

MZ Wallace hopes that theme, specifically touches teens, which is why they are donating 100% of the proceeds to the Studio Museum's teen programs.

"It feels like teens get the shaft," explained Zwirner. "Little kids are cute and there are many art for children programs. But the art world is big and growing and should be inclusive for all ages."

****
The weekly column, On the "A" w/Souleo, covers the intersection of the arts, culture entertainment and philanthropy in Harlem and beyond and is written by Souleo, founder and president of event/media content production company, Souleo Enterprises, LLC.