When photographer Joe Conzo reflects on hip-hop's early days one word comes to mind: innocence. During the late 1970s, he began to document the birth of hip-hop in New York City, prior to the culture becoming a global commercial force that would be celebrated for its innovations in music, dance, and fashion, while simultaneously criticized as promoting violence, misogyny and materialism.

For Conzo all of that means nothing compared to his fond memories of hip-hop's beginnings. 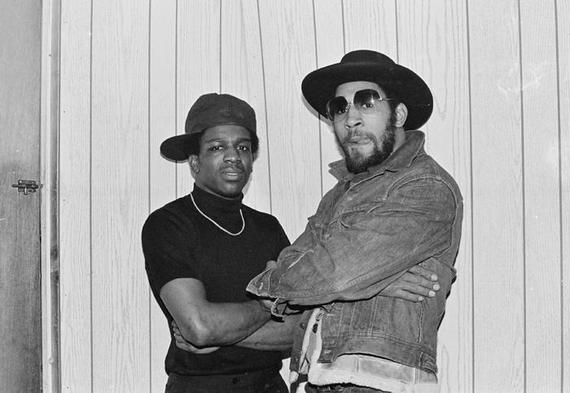 "Back then we were just hanging out in the street doing what we wanted to do, and it was beautiful and innocent," he said. "It wasn't about the next record deal or the bling. It was about the next park jam and MC battles. I miss the innocent times." 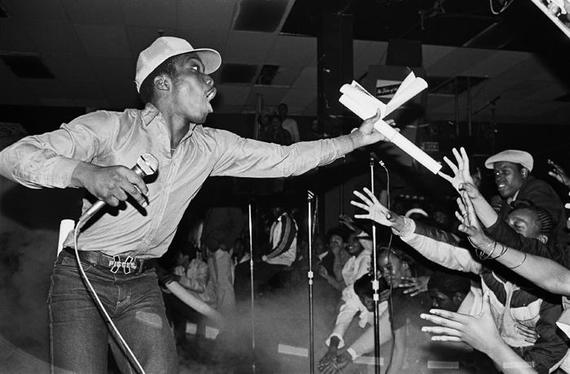 Conzo, along with photographers Janette Beckman and Martha Cooper, are reviving those memories for viewers in the exhibition Hip-Hop Revolution, curated by Sean Corcoran. On display now until September 13 at The Museum of the City of New York, the photos document hip-hop culture from 1977 to 1990. Included are such hip-hop icons as Afrika Bambaata, Kool Herc, the Cold Crush Brothers, the Rock Steady Crew, Salt-N-Pepa and Queen Latifah. 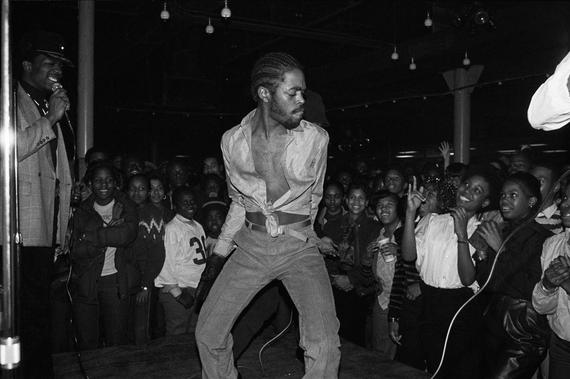 It is the history captured within those images that Conzo wants today's youth to become familiar with, as hip-hop continues to have widespread mainstream appeal.

"If you love hip-hop, you need to know about the pioneers who laid the foundation. The youth need to see the humble beginnings of the culture from those who struggled and did the hard work of putting it together."

By sheer coincidence or perhaps not, selections from Conzo's collection are simultaneously on view at The Bronx Museum of the Arts in the exhibition Three Photographers from the Bronx. With Jules Aarons and Morton Broffman rounding out the trio on display, the exhibition looks at pivotal moments in the Bronx's history from the 1950s to 1980s that address the issue of urban and social change.

And more change is on the way. 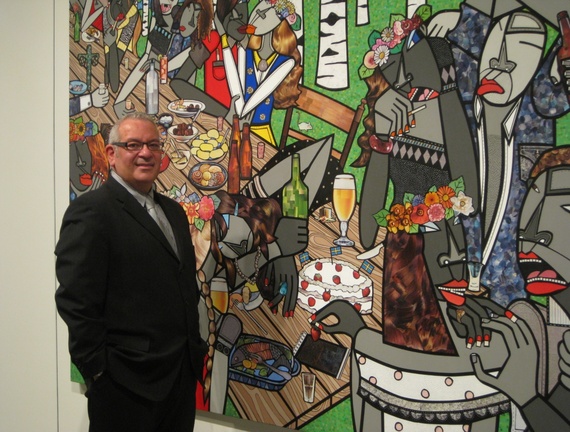 The Bronx is slowly seeing signs of gentrification with rents increasing by 10% in the South Bronx according to a report from the Institute for Children, Poverty, and Homelessness. But slowly cannot be emphasized enough as several sections of the Bronx including Hunts Point, Melrose, Mott Haven and Longwood have poverty rates of 46 percent, according to a report from New York University's Furman Center for Real Estate and Urban Policy.

Such is the set of circumstances that José A. Ortiz has walked into as the new deputy director of the Bronx Museum. But with his illustrious background--that includes leadership positions at institutions such as the Harvard Art Museums, Smithsonian Institution's Anacostia Museum, and most recently Washington D.C.'s new visual art and performance space, Artisphere--Ortiz is up to the challenge of using the arts to navigate this terrain.

"In D.C. they experienced incredible change in the last five years and from that I learned there is the importance of balance," he said. "There are many instances where the arts have either redefined or defined a neighborhood but in some instances those same artists can't afford to be there any longer. When we are looking at reinventing communities the arts must always be at the table and not just real estate developers."

In his role, Ortiz will work closely with executive director, Holly Block to further the museum's growth, both financially and culturally. And while some institutions are focused on blockbuster shows with A-list celebrity names or brands to generate revenue, attract new audiences and raise their profile, Ortiz remains committed to ensuring the Bronx Museum puts the community first in its efforts.

"One of the most important decisions the museum made was offering free admission and that is one of the best ways to create access to everyone. That is a goal the museum will continue to work on," he stated. "The Bronx museum is one step ahead of many institutions in that area and has a long history of engaging the community. I see that as part of the DNA of the museum and it will only get better."