It is a common expression in Jamaica that means despite its small physical size the island of Jamaica is powerful, fearless and strong-willed. Visual artist Andre Woolery has taken inspiration from that saying for his latest collection, Freedom of Expression, Jamaica. The works focus on celebrating the island's creativity through portraits of youth engaged in Jamaican dancehall culture, a phenomenon known for its up-tempo music and colorful ensembles donned by its supporters. 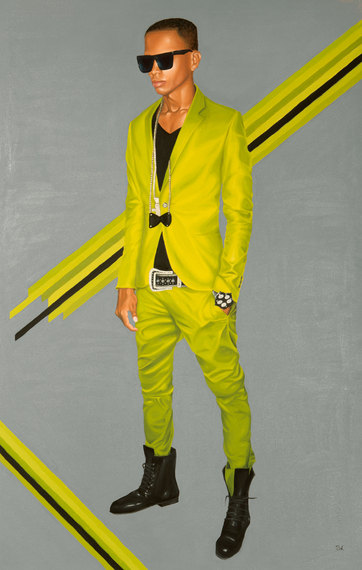 Against backdrops of predominantly neutral tones, Woolery applies striking colors that capture the boldness, vibrancy and eclectic style of Jamaica's youth. In a country listed as having the sixth highest homicide rate in the world and where 1.1 million people live below the poverty line, Woolery believes dancehall youth find empowerment through their sartorial choices. Furthermore he hopes that their images broaden the perception of Jamaica. 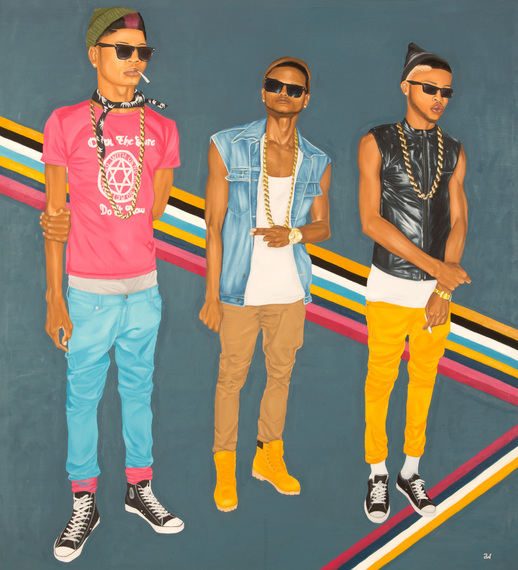 "The opportunities in life to change socioeconomic status may be slim, but within the dancehall people feel like they can momentarily be on top on their own terms. The dancehall provides a place that allows people to transcend and become the king or queen based on what they bring to the table. In this case, I've focused on what they bring to the table visually through fashion. This is a celebration of the creative spirit of Jamaica as a whole," Woolery said in an email. 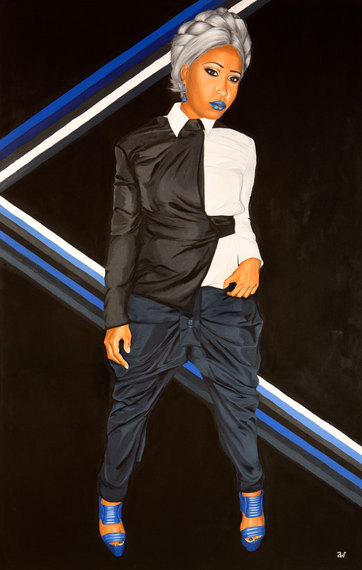 Woolery--who grew up between Morristown, NJ and St. Ann, Jamaica--will have one of the pieces from the series on display at the National Gallery of Jamaica's 2014 Jamaica Biennial beginning December 7.

When Colombian-born visual artist Antonio Pulgarin returned home he intended to quietly reconnect with his family and cultural roots. But after walking along the streets of his native land he was struck by the plethora of graffiti art with political statements that he describes as, "...the quiet rumblings of a revolution just itching to begin." 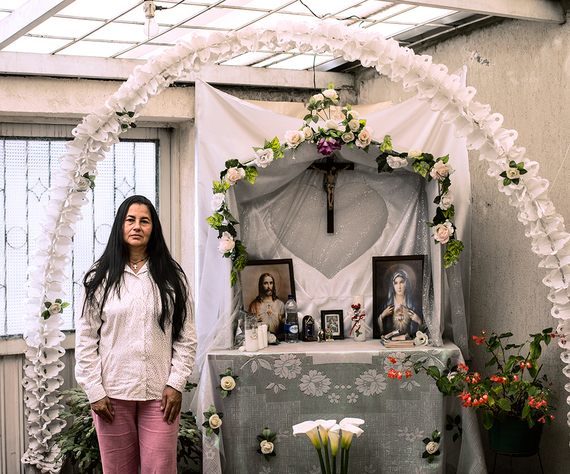 Antonio Pulgarin - "Hilda and Her Altar", from the series Calle 4 Sur

Pulgarin's intuition was not far-off as Colombia is currently embroiled in a critical phase of its ongoing civil war that has ravaged the country since the 1960s. Peace talks between the government and the Revolutionary Armed Forces of Colombia, or FARC, are now at a standstill after the abduction of General Rubén Darío Alzate Mora led President Juan Manuel Santos to suspend negotiations. As the government and rebel troops continue to fight innocent civilians remain trapped in a cycle of violence, poverty and political division in a war that has killed an estimated 220,000 people. 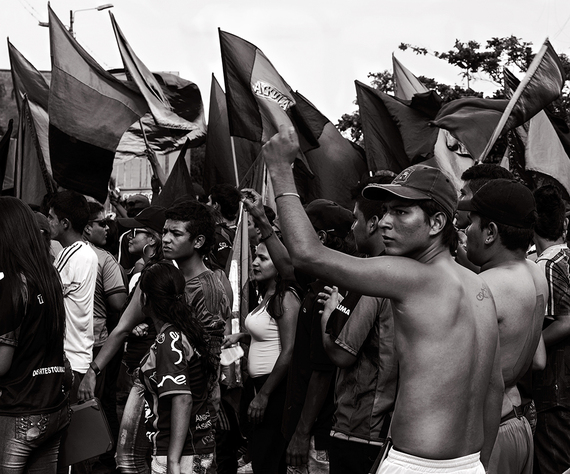 Pulgarin's photo series, "Calle 4 Sur (South Street Four)" captures this state of being in Colombia through portraits of civilians, images of protests and ominous landscapes in an attempt to convey the current devastation while searching for hope. 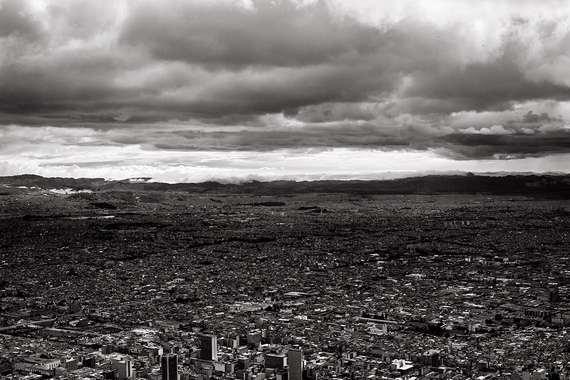 Antonio Pulgarin - "Storm from the Hills", from the series Calle 4 Sur

"I wanted to portray Colombia as I saw it but also pay homage to my country," he said. "The color images in this project convey a sense of hope for the future of Colombia. While the black and white images touch upon the crisis going on in Colombia. I originally started this project in black and white but slowly realized that despite the conflict there is a sense of hope and a beautiful spirit here to be celebrated."