Rain Pryor is used to being introduced as the "daughter of Richard Pryor." But nearly ten years after the legendary comedian's death, Rain shares that she no longer feels heavily conflicted by the mention of her father. With a revamped take of her one-woman show Fried Chicken & Latkes she has finally come into her own. 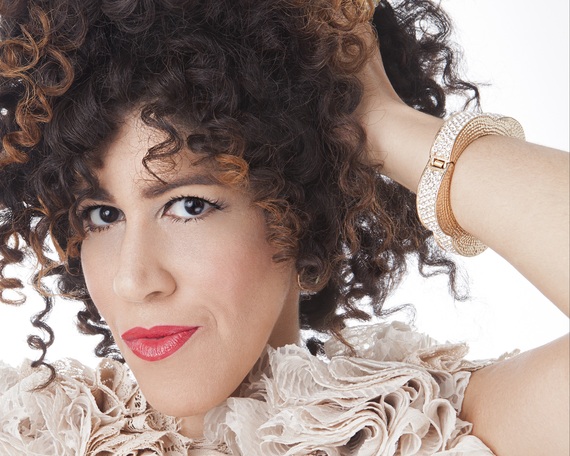 "For a time I felt like I was only Richard Pryor's daughter. People just wanted me to be like him," she said.

I feel like I am me and I am part of him and vice versa. Now he is part of my life. He is like my shadow walking behind me along with the other ancestors. I am living my life, truth, story and destiny. And that's what he wanted me to do.

To improve the telling of her story of growing up as biracial and Jewish, Rain collaborated with Broadway director Kamilah Forbes (A Raisin in the Sun, The Mountaintop). In what is being billed as a world premiere at the National Black Theatre (NBT), Rain and Forbes have cut and expanded parts of the show's script, added additional musical and production elements. In the show, Rain portrays 11 characters that informed her views on race, identity and religion.

"I hope people walk away from this incarnation of with that sense of us as black people needing to figure out our purpose and make changes in the world. My daughter might grow up in a little bit better of a world but we still have so much we need to do," she said. "We have to face our own spiritual corruption. We go to churches and they preach prosperity gospel. But where is the focus on the community and us as a people?"

The show runs at NBT from June 2 through June 28.

In speaking with chef and proprietor, Carl Redding it becomes apparent that part of him wishes he had never left Harlem. When he opened Amy Ruth's in 1999 it quickly became and remains a popular eatery. But tax debt forced him to sell the property and venture outside of Harlem with two failed restaurants including Ruthie Mae's in Englewood, NJ and Redding's in Atlantic City, NJ. Now the Harlem-born and raised chef wants another taste of what the neighborhood has to offer.

"The lesson I learned was to stay home and not venture out to people that won't welcome you to their community and don't welcome change," he said.

I am loved and welcomed in my own community in Harlem. Amy Ruth's is a testament of the work I put into the restaurant business. People know me from that restaurant because I was one of the pioneers who put a new restaurant in the community at that time. 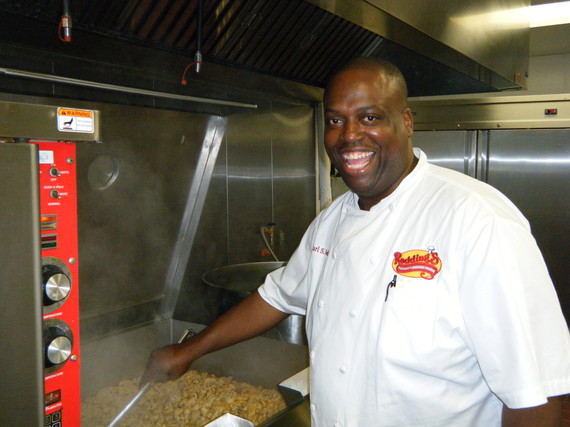 With a plan to open in late spring 2016, Redding envisions his restaurant as a 250-seat venue destination serving American comfort cuisine. In addition, he plans to use the restaurant as a training ground for young adults to learn cooking and business skills.

Redding is hoping that the Harlem community welcomes his return with not only open arms, but open pockets too. Hence he's taken to crowdfunding site, GoFundMe to raise $200,000 of the $2 million he estimates it will cost to establish a new restaurant. As of publication, the one-month old campaign has raised less than one percent of its goal. But Redding is undeterred by that or the competition that awaits him in Harlem, from Marcus Samuelsson's Red Rooster and Streetbird Rotisserie to Alexander Smalls' The Cecil and Minton's Playhouse.

"I remember when there was nothing but burnt down buildings, garbage and high crime all about. Harlem was a town of blight," he recalled.

So I am happy for what's going on in Harlem. We have good restaurants that bring a special flavor. But I am an innovator and will bring a restaurant Harlem has not seen in the last 50 years or more. Food is my life and my business.