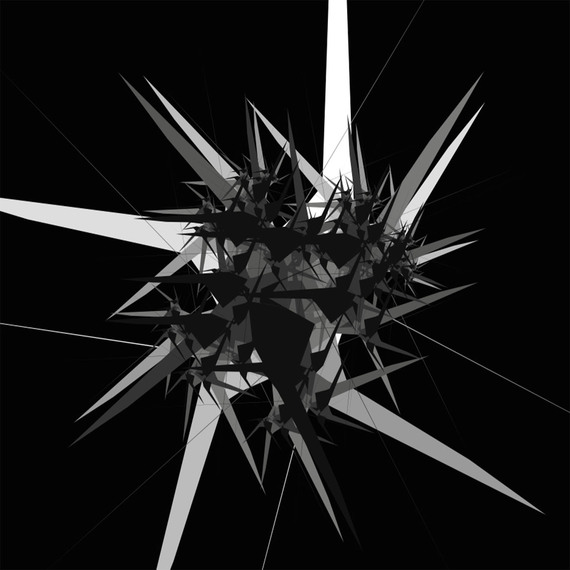 "Spines of the Heart" album art by Bryan Deister

Bryan Deister's melancholic wail belies his Redondo Beach upbringing. The California native sings like he grew up under much gloomier skies. Currently a student at the Berklee College of Music, his two-disc album, "Spines of the Heart," is an ambitious and often satisfying offering. His voice will draw comparisons to Thom Yorke but his impulses are more aligned with musicians like Johnny Greenwood and Bryce Dessner who explore the boundaries of rock through classical sensibilities. It's not surprising that Deister derives inspiration from both John Cage and John Lennon. "Have You" is driven by a minimalist keyboard riff that repeats underneath Deister's ethereal pleas, creating a trancelike effect. "All That I Have," in contrast, is structured around a persistent electronic beat that pulses far more intensely than the subtle suggestion of his voice. "Brighter Dawn" comes off as a torch song. Despite its name, the intonations of delivery suggest that optimism is a distant land that can be dreamed about but unlikely to ever become a tangible place to plant one's feet. "Into the Sky" has harmonies in the vein of Queen and the Beach Boys, except Deister does all the parts himself. As a one-man-band, he creates a lot of depth and shading, but it makes me wonder what kind of epic works he could create with a studio full of musicians like Brian Wilson had with "Pet Sounds."

Canadian quartet Bad Reed play a tuneful blend of alt-rock and prog with a soulful underpinning courtesy of singer Sydney Sollazzo. Their self-titled EP is just three songs long but provides vivid glimpses into their sound, which has a strong melodic drive and an equally forceful punch of power guitar lines on the aptly named "Punch It." Surprisingly, the ballad "Slackjaw Romance has the most persistently catchy melody that has echoes of theatrics that reminded my of My Chemical Romance's concept album "The Black Parade." It's the kind of song you'll play compulsively over and over again until you can't stand it. With only a few tracks, it's hard to get a full impression of their abilities, but I'd definitely like to hear more.

Jim Wellman's upcoming album, "Dawn to Dusk," is set to be released on February 29th. A founding member of Brit acid jazz/funk group Brand New Heavies, Wellman's latest solo effort is a well-produced brassy mélange of retro soul songs. Many like "Lewontin Campbell" have great riffs reminiscent of Stevie Wonder and Marvin Gaye but the songs themselves feel utterly generic. There's a rant of a phone call on "Feedback Loop" and a heady desire for the album to be an anecdote to the fascist revivalist sentiment showing up around Europe, but this doesn't get absorbed. Instead of baking these ideas into the essence of the music, it feels like they are thrown on top and therefore easy to discard.

Joel Ansett's debut "The Nature of Us" walks a seductive line between soul and folk particularly on the opening track, "Kingdom Come," which uses a hip-hop phrasing sensibility to great effect. The sonic lovechild of John Legend and The Tallest Man on Earth, he's a songwriter to watch. He reminds me of Ben Harper not so much in style but in his daring creative impulses to draw just the right amount from seemingly disparate genres. Musical genres like folk can become so beloved that they become stagnant, so Ansett is particularly refreshing to hear. The subtle ballad "Turn to Gold" seems like a whisper compared to others but in a chilling way. On it he sings, "the nature of true royalty is not having the golden crown, it's learning to lay it down." Some tracks like "My Heart Is Set" run out of steam long before their conclusion but when songs like "Covered Up" hit, it's an incredibly satisfying feeling. There are echoes of Twin Shadow's textured smoothness throughout but Ansett generally has a more animated and bright delivery - think a Jack Johnson for people who think a little deeper and get a little less sun.

Spanish folk rockers Stormy Mondays recently won a NASA contest ensuring if there are other life forms in the vastness of the galaxy, they'll now have a better chance of hearing this sublime group. The large and rich sound comes from a quintet of multi-instrumentalists and an additional trio of session musicians adding brass and woodwinds on two recently released EPs: "The Lay of the Land" and "Wading in the River." "Talking in My Sleep" has a catchy repetition reminiscent of Elvis Perkins' "While You Were Sleeping," dancing ferociously around a circular melody that builds momentum as it repeats. Many other tracks like "My Lil' Darling" benefit from this structure. "Merry Go Round" is heavy on Celtic influences and could have been written by the Pogues if they were in a particularly happy mood. Jorge Otero sings with a warm and ingratiating intonation that sounds like he's constantly inviting you join him on a crazy mystical adventure - in the vein of Wayne Coyne but distinctly his own. The Chorus of "My Midnight World" echoes a country-inflected 80s pop of the Eagles. All these tracks come from "The Lay of the Land." "Wading in the River" has a more paired down feel and made less of an impression on me. There's a nice sax line on the oddly titled "One Note (Rock and Roll)," a few inspired solos at the end of "Not Enough," and "Struck by Life" is a well-made song in the vein of The Clash but the others are sorely lacking. Maybe next time, one EP is enough.