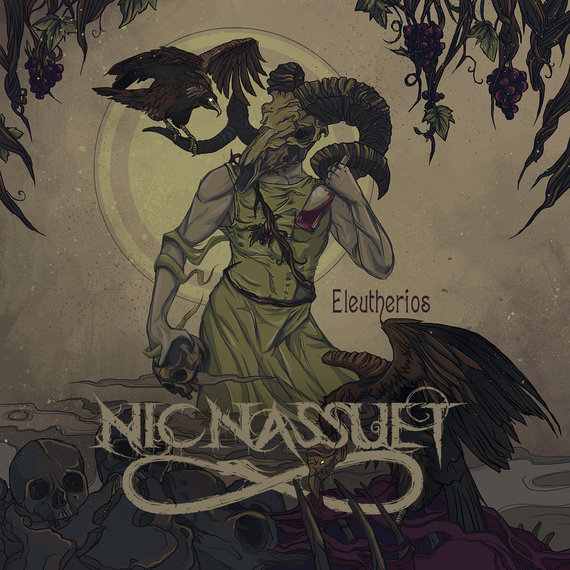 I love cross-genre explorations and their ability to make you rethink a song, an album and even artist's entire output. When Miles Davis took on Cyndi Lauper's "Time After Time" in the last few years of his life, he unearthed a deep melancholy that turned a hollow sound into one of haunting resonance. Doors keyboardist Ray Manzarek conversely brought out the whimsy of Carl Orff's weighty battle cry in his synthesizer-infused eighties rendition of "Carmina Burana." So I was excited when I heard that up-and-coming indie artist Temporary Hero was tackling Fleetwood Mac's experimental album "Tusk" after interpreting Chet Baker. My excitement waned as I listened to the album though and heard the emotion draining from the songs. What Stevie Nicks expressed with effortless warmth is lost in Temporary Hero's slick R&B inflected covers that substitute cool for substance. I don't want to be too harsh because the idea is admirable but its execution falls flat. Whether it's the flat croons of Jonah Bell or the toothless arrangements which do little more than occupy space, it's difficult to listen to more than a track or two at a time without succumbing to fatigue.

There aren't a lot of Estonian synth pop musicians out there to my knowledge so that alone is a reason to take a listen to Tehnoloogiline Paike. Music is often spoken of as a universal language but how our ears interpret sounds is very much rooted in our cultural upbringings. This is why eastern music that deviates from the western twelve-note structure can sound impossibly discordant. The first few bars of the tracks on Tehnoloogiline Paike's hypnotic "Technological Sun" feel as uncomfortable as an ill-fitting scratchy sweater but as the songs continue grooves begin to form. In a way its more satisfying because you have to work for it a little bit like the first time you heard Sigur Ros or Bjork. A layered synth riff on "So Many Days" is particularly memorable and its chorus has echoes of new wave.

The guitar phrasing and ghost-like lingering vocal lines of Stockholm-based The Lost Poets coalesce nicely together on their album "Insubordia Pt II" as do the chord changes on songs like "Danny Electro" and "Bound." The problem is that the presence of James Hetfield and the rest of Metallica is overwhelmingly felt throughout to the point that its hard to see who The Lost Poets are. It's not that they are simply rooting around in the genre of melodic metal so much as every stylistic impulse including tempo, lyrical themes, melodic structure, and even occasional string interludes echo the California rockers. There are hints - a soulful lingering vocal refrain on "Mouth," the piano-riff driven interlude of "Beyond Redemtion" - of a unique voice submerged beneath the surface but it lies dormant for much of this well-produced and tightly structured album in favor of playing tribute.

5to4's EP "Tip It" feels utterly disjointed despite being only three songs. The title track is driven by a piano vamp that brings to mind Michael Jackson's "Beat It," but Phil Goss' voice doesn't exude soul as much as the airy expansiveness of prog rock. There's also a hint of the verse melody from R.E.M.'s "Man on the Moon." Each shift though deepens the puzzle, including a just-barely-jazz piano interlude. The confusion only deepens in the two other tracks. "Walk" sounds like it was written on the moon with each instrument floating through zero gravity as the composer tries frantically to plunk out a few notes before it disappears into a black hole.

When Nic Nassuet sings "let me wither" on "The Nothing," I believe him. The lush string arrangements emphasize the plea. His album "Eleutherios," Greek for "free," sounds like it was rescued from a medieval time capsule then reworked in a modern studio. There's a delicateness that brings to mind troubadours from centuries ago, but the album is rooted in the kind of dark folk of Nick Cave's recent albums. You can almost picture Nassuet sitting in a comfortable black velvet armchair, sipping on a strong scotch as he calmly watches the world end. This detachment provides a nice counterpoint for the grim themes, a terrifying lullaby that's simultaneously soothing in its ability to make peace with the horror. The specific lyrics can veer towards the generic and stall the album from reaching its full potential, but there's still a lot to appreciate. The melodic hook in the chorus of "When It Falls," is particularly memorable as is the raw emotion that pulses through "Immured." My favorite track is the final one, "She Rides Moonlight." Nassuet's high-pitched guitar on it is reminiscent of Led Zeppelin's "Going to California." It gives the song a melodic lightness that melds with his vocal refrains and gothic-tinged verses to create an irresistible blend of light and dark.