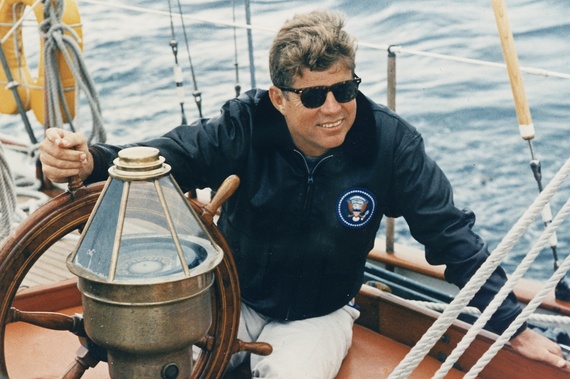 Since the turn of the 21st century, nanotechnology, biotechnology, information technology, and cognitive sciences (NBIC) are converging and changing the elementary building blocks of matter and machines, our bodies and brains, and even our societies and environment. As John F. Kennedy said, it seems that we stand on the edge of a New Frontier. As our understanding and control over these elements dramatically increases in the coming decades, our governments will be confronted with an array of crucial ethical questions and policy choices.

Our world is undergoing a technological explosion. According to world famous futurologists such as Ray Kurzweil, Hans Moravec and Nick Bostrom, the linear evolution rhythm is tipped over into an exponential rhythm, ushering in a new chapter in the history of mankind and intelligent life.

The NBIC convergence has already shown its serious consequences: John McAfee and Eric Brynjolfsson of MIT have demonstrated how increasing automation across factory shop floors resulted in the impoverishment of less-qualified workers. Tyler Cowen of George Mason University similarly argues that, unlike earlier spells of technological disruptions, recent developments in artificial intelligence and robotics may render large swaths of the population permanently unemployable.

Other big trends point towards an additional set of challenges: the launch of wearable computers - such as Google Glass and the Apple Watch - the Internet of Things, Big Data, augmented reality and 3D printers all promise a fresh wave of upheavals in the way humans and machines cooperate, compete and eventually merge. One potential risk is a widening digital divide between generations and economic classes, resulting in significant economic, social, and cognitive disadvantages for the less young and the less wealthy. Beyond, the rapid rise of artificial intelligence may fundamentally alter the fabric of humanity before the end of the century.

In parallel, the plummeting cost of genome sequencing and the promise of synthetic biology have led many world-class experts to revisit existential topics such as human life expectancy and controlled procreation. Many believe we are on the verge of a radical transformation of healthcare systems, from diagnosis, to treatment, to insurance. In January, President Obama launched the Precision Medicine Initiative to harness these forces and revolutionize healthcare.

Troubled by the speed and magnitude of the aforementioned developments, a growing number of global leaders and experts - including Bill Gates, Elon Musk, Georges Church and Stephen Hawking - have publicly voiced their concern. For them, beyond the utopian hope of a successful NBIC integration lurks a largely unspoken threat of an uncontrolled artificial intelligence explosion or a second age of eugenics. Elon Musk, founder of electric car manufacturer Tesla, has recently committed $10 million to The Future of Life Institute in Cambridge, Massachusetts to support research on existential risks.

As one of the key catalysts of global progress, technology increasingly cuts across nations and cultures. History has demonstrated that technology cannot be "un-invented" - and that it must be managed collectively. Yet nations still build "techno-strategies" aligned with their national interests, and in pursuit of their own power.

As of 2015, the world population stood at 7 billion people, compared to 2.5 billion just sixty years ago. With an estimated world population of 9 billion by 2050, we will need to change our model of growth and development. As nations increasingly focus on the quest for sustainability, technological innovation has appeared as the dominant recourse to meet the looming global challenges, as illustrated by the growing enthusiasm for climate engineering.

And yet the numerous ethical and governance issues the current technological drive brings about are almost totally absent from the mainstream political debate. Policymakers seem to have delegated the responsibility to invent out global future to others: engineers, scientists and businessmen. Since the turn of the century, international tech corporations such as Google, Apple, Facebook, and Amazon have indeed proven much more apt to guide disruptive global technological developments and innovate than individual nations.

As we realize that the technological explosion affects people everywhere at an accelerating speed, have founded The Future Society, based at the Harvard Kennedy School. We want to raise awareness and empower citizens and policy-makers to reclaim their role and actively participate in inventing our common future without letting themselves be trapped into a single narrative, utopian or dystopian.

It is not just governments and corporations that can shape the future. Ultimately, as JFK understood, it is individuals who drive change by entrusting authority in institutions. Informed and engaged citizens can and must play a leading role in shaping the future and driving mankind's technological destiny.