In a time where it seems every musical trend seems to be piggy-backing from artist to artist, it's refreshing to see those with a less definable, more direct approach to pop rise to the surface. Such is the case with self-proclaimed 'spook-pop' artist Glass Battles, hailing from Los Angeles. An artist that is both pop and experimentally tribal, emotionally direct and cryptic, as well light-hearted and dreary at the same time. On top of all of that, he is self-written and self-produced, a quality that has become dreadfully rare in a climate of artists with teams of songwriters and other people assembling the songs meant to be 'personal expressions'. 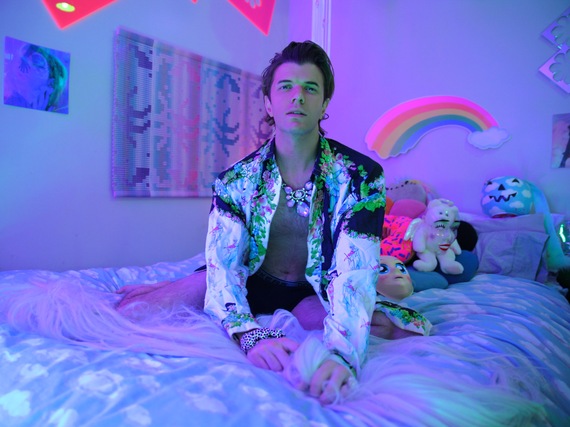 I recently had the pleasure of meeting with GB over coffee near his apartment in West Hollywood to ask a few questions regarding the upcoming debut EP, 'Pillow Talk' and the recent release of his third single, 'Pfeiffer' - a raucously bizarre dance track that veers in and out of a stuttering bassline during the verse and ends up in a high-energy melody, something of a twisted nursery rhyme that layers two different vocal melodies over razor-sharp synths.

HP: What was the inspirational idea behind 'Pfeiffer'? It's such an interesting progression from the sonic imprint of first two singles.

GB: Being relatively unknown, you get an amount of freedom in how you introduce and showcase things, and I wanted to try and flex my muscles in as many ways as I could for my debut releases. 'All Hearts' and 'I Hope You're Happy' were my attempts at lulling the listener into a false state of comfort. [laughs] 'Pfeiffer' is probably my favorite track off the EP. It's my call to confidence and it's a little bitchy, which was fun.

HP: And the title?

GB: I mean, who doesn't love Catwoman from Batman Returns? 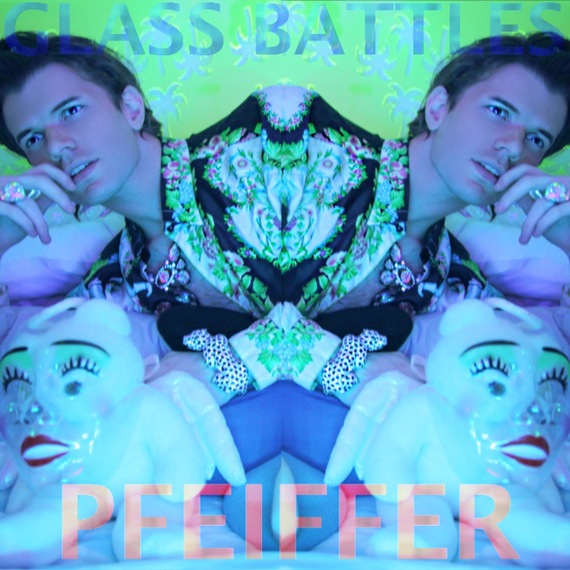 HP: Fair enough. What are some of the things we can expect from the finalized 'Pillow Talk' EP? More songs like the first three?

GB: I think the remaining three tracks take a pretty sharp left turn. The whole EP is geared around secrets. Secrets we keep, lies we tell ourselves, and the parts of people's emotions that often stay hidden. I'd like to think that [the remaining three tracks] are as catchy as the others, but I let things get really weird, I'll put it that way. [The Track] 'Pillow Talk' ended up close to eight minutes because I just wanted it to keep going.

HP: We look forward to hearing what your definition of 'getting weird' sounds like. What's your opinion of how the industry has evolved and where it's at right now?

GB: I think it's an exciting time for emerging artists with a vision. There are less rules surrounding what's accepted as 'pop', or any genre really, so if you're doing it on your own it's a really great exercise out of your comfort zone to try new things. There's also a lot of copycats at the moment, and it seems like there's some songs that could be interchanged between whomever is available at the time. Which is boring and a little aggravating in a musical culture where there is so much content everywhere from so many new artists every day. You have to try and put your personal stamp on something authentically, or you're just wasting everyone's time.

HP: Well, you're certainly not wasting ours, and we look forward to seeing your journey onward and upward. Congratulations on the new release! 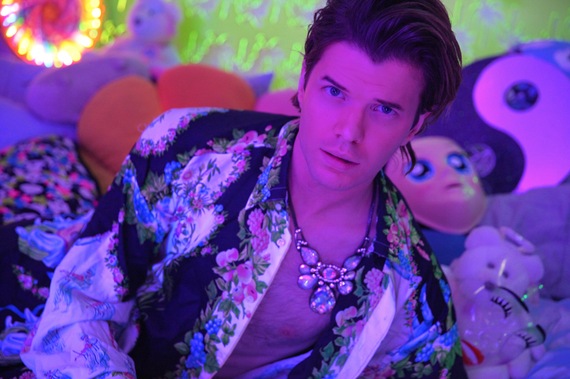 *'Pillow Talk' is tentatively slated for a late summer release, and the first three singles, including 'Pfeiffer', are available everywhere now!