Members of the Bahá'í Faith have been on the move since the religion's earliest days. The reasons have differed: banishment, pilgrimage, persecution, pioneering.

In 1853, a long exile from Iran began. Bahá'u'lláh, along with his family and companions, was banished to Baghdad; eventually, he was exiled to Istanbul, then Edirne, and finally, to Acre. In this early era, the movements of the Bahá'ís were controlled by governments--the Iranian theocracy and the Ottoman Empire--that tried to prevent the religion's spread.

But the religion did spread, reaching Europe and the US before the end of the 19th century. Western converts began to make pilgrimages to visit Bahá'u'lláh's resting-place in Acre and his son, Abdu'l-Bahá. Until 1908, 'Abdu'l-Bahá was a prisoner of the Ottomans.

Some of these early converts, such as Phoebe Hearst and Laura Dreyfus-Barney (née Clifford Barney), came from fabulously wealthy backgrounds. Yet, enamored by the tenets of the Bahá'í Faith, they joyfully made their way to the barren penal colony of Acre. Some, including Dreyfus-Barney and Lua Getsinger, lived with 'Abdu'l-Bahá's family for extended periods, learning Farsi and deepening their knowledge of the Bahá'í Faith, knowledge they conveyed to other countries through lecturing and publishing--Dreyfus-Barney spearheaded the compilation of Some Answered Questions, a text particularly indispensable for Bahá'ís from Christian backgrounds, and Getsinger lectured in the US, Egypt, and India. After 'Abdu'l-Bahá was freed, he too undertook a journey--to Europe and North America--to proclaim his father's message of world unity.

Lua Getsinger was among a number of early Bahá'ís who became "travel teachers," journeying beyond their homes to inform people of Bahá'u'lláh's message. Other Bahá'ís also chose to leave their homelands, settling more permanently in cities and villages to teach locally, an activity called "pioneering." These early travel teachers and pioneers operated with remarkable independence, often relying on their own wits--and on their faith in God. For example, in middle age, travel teacher Martha Root circumnavigated the world repeatedly, often paying her fares with earnings from her journalistic work.

My maternal great-grandmother, Katayoon Shahrokh, a native of Iran, pioneered to countries including Libya, Italy, Scotland, and Brazil. My paternal great-great-aunt, Cecile Hargis, left the US to pioneer to Ecuador. Today, some Bahá'í youth choose to perform a "year of service" by volunteering in communities beyond their homelands. Friendships form between volunteers, sometimes blossoming into marriages, as in the case of my husband and me, thus linking Bahá'í families around the globe. 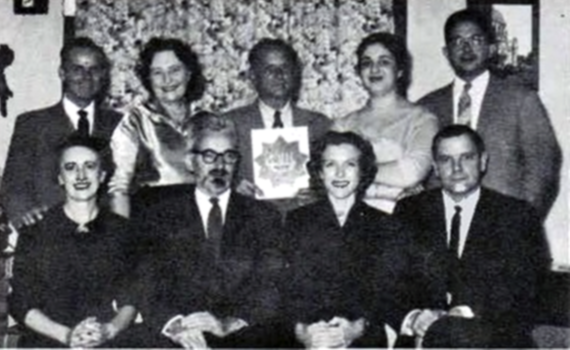 While for me, equipped with my US passport, traveling for reasons either spiritual or secular is a relatively easy choice, for some Bahá'ís, traveling entails a permanent farewell to their homeland. There has never been a complete cessation of persecution against Bahá'ís in Iran since the Faith's founding in 1844, and the 1979 Revolution fueled renewed imprisonments and executions. Once again, many Iranian Bahá'ís found themselves pushed into exile, seeking refuge in countries including the US and Australia. The persecution has caused an international diaspora of Iranian Bahá'ís; the upside of their migration is the continued diversification of Western Bahá'í communities. In Wisconsin, I grew up expecting the eloquent chanting of prayers in Farsi to feature in community devotionals, thanks to our Persian members, not to mention the rich cultural heritage brought from Iran--art, cuisine, poetry. I have benefited greatly from the example of reverence and selflessness set by my Iranian-American coreligionists.

The movement of Bahá'ís out of Iran started with Bahá'u'lláh's 1853 exile. Global movements, both voluntary and diasporic, have shaped the international Bahá'í community, mixing us and constantly reminding us, "The earth is but one country, and mankind its citizens."

I recall some Iranian friends speaking of their dream that someday their homeland would welcome them back, in a future when Bahá'ís are finally accepted as full members of Iranian society. Until that time, some Bahá'ís, facing the choice between adhering to their beliefs or forsaking them to pursue their desired education and profession, will try to migrate to countries that don't demand such a decision. The plight of any refugee is lamentable, but I am thankful for the Bahá'í immigrants in the US, for in sacrificing their native lands, they have enriched ours.