On the Road starts off speeding, snapping the audience's heads back against their padded seats, and kidnapping them. Taking 'em to the 1940s, America. At some point each voyeur has to decide whether they are in or out.

The challenges the movie presents to an audience combined with the colossal, iconoclastic shadow of the source material may eclipse the movies potential. That is a great shame, because the abstruse achievement is worth notice. The worst thing you can say about the film is it has the same faults as the book. As Truman Capote famously said, "That's not writing, it's typing." The story stumbles, but never falls. Bob Dylan (who much more identifies with Kerouac) said, "I take each thing as it is, without prior rules about what it should be." I encourage audiences to take this sage saying with them to the cinema, forget everything they know, and watch the light dance off the screen. 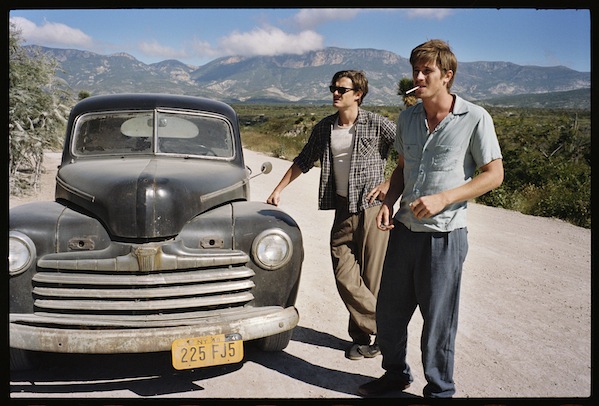 True beauty is mad. Every movie can use a little more madness. I eventually found myself fully immersed in this fever dream of freedom, this ascent into adventure, this journey in search of je ne sais quoi. The reason the Kerouac-classic-stream-of-consciousness-experiment-in-writing has survived is because of its spirit. The reckless rushing of words jump from the page, seducing something primal in the hearts of the willing, the wanting. The spirit, the passion, the careless cacophony of colloquial color is what galvanized the beat generation. And it seems the mission statement of Walter Salles and Jose Rivera to catch Kerouac's lightning in a film canister. Remarkably, the magic burns through the youthful characters under Salles' skillful direction and Rivera's reverently irreverent adaptation.

The cast serves the words exquisitely. Garrett Hedlund's audaciously dynamic performance is grounded by Sam Riley's rock-solid portrayal of the engrossed young writer. Complemented by an ensemble of generative talent, Riley and Hedlund's duo of dharma bums is one of the strongest screen pairings of recent memory. Ultimately, the acting is seamless in rhythm with the rest of the film. That is to say, it is not without flaw, instead it is outshined by flashes of brilliance. The wonderful quality of this film is, in turn, in line with that wonderful quality of Kerouac. Those explosions of firewords completely make up for the lulls. It is writing that is beautiful, as anything genuinely marvelous is; in it's own imperfection. 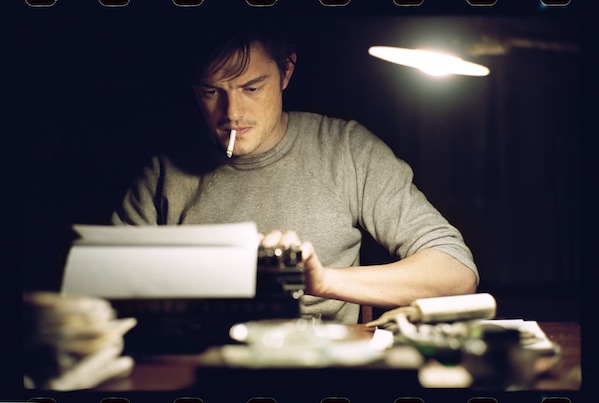 Walter Salles did a fantastic job, along with his team, of fitting this tricky, zigzagging puzzle of a story together with the collaboration of an impressive team. Gustavo Santaolalla does magnificent work composing vibrant, pounding music that sets the stage for the frantic, yet cohesive, energy of the picture. The editing by Francois Gedigier is composed just as painstakingly in top-form as the music. Danny Glicker does lovely work, as always, putting together costumes, not only that fit the time, but also the overall, grand vision. And finally, perhaps most integral unsung hero, Cinematographer Eric Gautier, captures the imagined electricity in striking optical spectacular.

During the entire length of the film -- through all the meandering beauty and freedom and sex and poetry -- I was thinking to myself, "This better pay off somehow in the end." And astoundingly, it did. The price of gratuitous freedom is heartbreakingly painted in all its fragile, emotional vulnerability. Like a fucking gut punch. For the Academy to recognize this rare cinematic achievement maybe too much to ask. However, I sincerely hope that young, interesting people see this film and feel the way I did as it came to a close. "Moriarty."