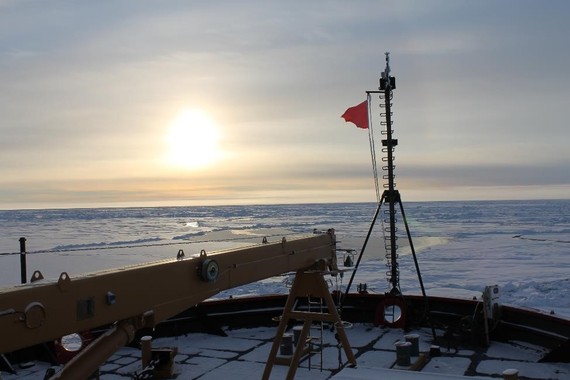 "Ahoy shipmates, welcome to the North Pole." The announcement was piped through the ship's PA system at 7:47AM on Saturday, September 5, 2015. For the first time in history, the United States Coast Guard reached the North Pole without the accompaniment of a second icebreaker. Onboard the Healy are over 80 Coast Guard members and 50 scientists on a mission to the study the chemistry of a rapidly changing Arctic Ocean.

At 90 °N 115 °E the water is over 2 miles deep. We have spent three days at the Pole collecting seawater, particles, sediment, ice, and snow that will be analyzed for dozens of trace metals and elements. Our mission is a joint effort between the U.S. GEOTRACES and Climate Variability and Predictability (CLIVAR) programs, funded by the National Science Foundation. The dataset will take years to complete and the final product will be the most comprehensive chemical survey of the Arctic Ocean.

Inside the ship the spirit of Christmas was alive - stockings and decorated trees donned the galley, Elf was played on a projector in the helicopter hangar, candy canes distributed, Christmas music played in the labs. Stepping off the ship and onto the ice was a liberating feeling after 27 days at sea, even in the snowy -7 °F Arctic environment. 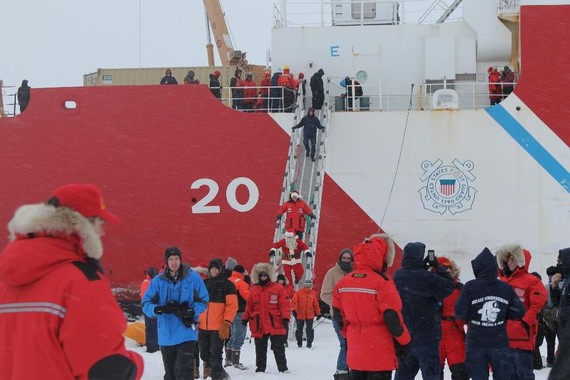 On to the ice! 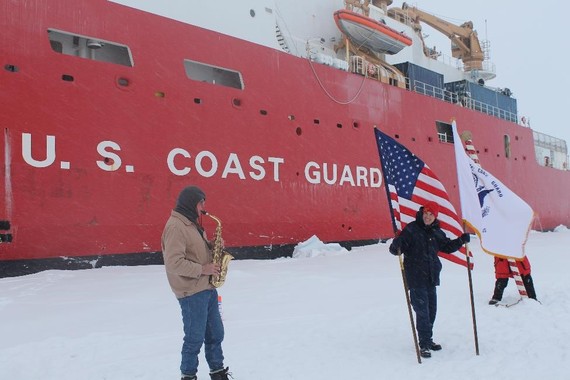 Dr. Bill Landing from Florida State University travels the world with his saxophone and had the honor of playing at 90 °N. 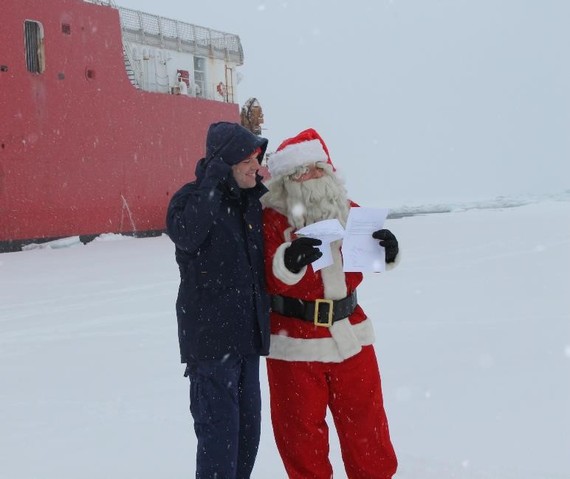 Members of the Coast Guard had an opportunity to hand deliver letters to Santa from their children. 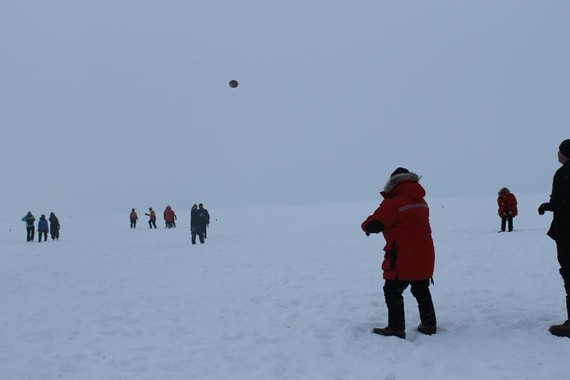 Enjoying time off the ship at the North Pole to celebrate a successful journey. 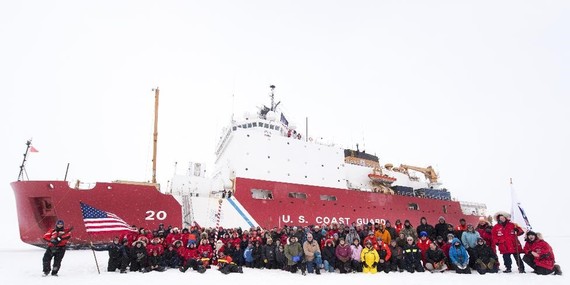 Group shot at the North Pole (Photo by Cory Mendenhall).