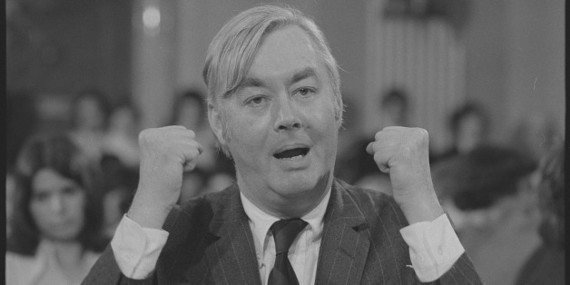 Twenty years ago, to acclamation in some quarters and disdain in others, Daniel Patrick Moynihan predicted devastation would trail in the wake of welfare reform, especially for children, whom he anticipated would be "put to the sword" and collected "sleeping on grates." Sometimes decades are required to prove visionaries right.

While I was writing a book on Moynihan's political thought, even admirers of the late statesman often asked: "What are you going to do with welfare reform?" The implication was a widespread assumption that the prophet who had called so many future events correctly had missed his mark on this one. The correct answer: With respect to the worst poverty, Moynihan was right.

Welfare reform appears to have made several salutary gains, many of which would have pleased Moynihan, including some that might have surprised him. But when it comes to the most vulnerable, about whom Moynihan was most concerned, time is tragically revealing his foresight. They have been left without a lifeline in a society saturated with plenty.

As Kathryn J. Edin and H. Luke Shaefer show in their landmark $2.00 a Day: Living on Almost Nothing in America, an astonishing number of Americans, including 1.5 million households with some 3 million children, live in poverty that, even accounting for the broad array of programs from housing to nutrition assistance, leave them struggling to survive on cash incomes of no more than $2 a day.

Edin and Shaefer note that if Moynihan erred, it was in supposing that the poverty left by welfare reform would be visible: the kind that left children on grates that passers-by would see. Yet in a recent spate of newspaper stories about the collapse of the safety net for the poorest of the poor, these Americans are beginning to emerge from the shadows.

Robert Pear of The New York Times reports that the maximum benefit for a family of three with no other income is $278 a month in Arizona. Benefit cuts and inflation have "reduced the buying power of the maximum benefit by about half" since welfare reform was enacted.

States have also outdone the federal lifetime limit of five years for cumulative welfare receipts. In Arizona, it is now one year, a harsh cutoff that begins July 1 to consequences unknown, except the likelihood and, one suspects, the intent, of driving the impoverished from Arizona. In Massachusetts, 10,000 people lost nutrition assistance this year that was only worth $4.40 a day to start with. In some states, infantilizing requirements are micromanaging what recipients can buy with the paltry benefits that remain.

All told, up to a million people, The Washington Post notes, will lose their food stamps this year as a work requirement that was suspended during the Great Recession is reinstated. The requirement is to work 20 hours a week. Yet steady and, crucially, predictable hourly work is not a reliable feature of today's economy. "Roughly 4 in 10 workers who are paid hourly," The Post reports, "are informed of their schedules less than a week in advance." They spend months finding jobs--an average of more than six.

As the scholar Scott Winship shows in an excellent symposium on the anniversary of welfare reform at the Online Library of Law and Liberty, the 1996 law does seem to be the variable responsible for drops in poverty, including among children, in the 1990s--which exceeded the drops in poverty in other economic expansions.

Yet a problem persists at rock bottom, where several million children live. And it is there that Moynihan can be said to have been right.

Is that a case against the law? That is a question we need not answer. Retrospection allows us to reap its benefits and fix its flaws. The best, and most Moynihanian, disposition toward the bill today might be neither to refight the battles of 1996, nor to debate who got what right, but rather to ask what problems persist that require solutions today. The moral challenge is clearly the relentless and--the word is unavoidable--wretched poverty in the unseen trenches of American society.

Yuval Levin makes a thoughtful and perceptive case that mere cash benefits, especially at the national level, encourage a distant and faceless relationship between individual and state. His counsel, consistent with Moynihan's major welfare reform in 1988 and with Moynihan's tireless emphasis on restoring the institutions of family and community, is robust local experimentation and variation that fosters human connection.

This, Levin notes, would match the spirit of the American regime and the nature of contemporary society. It should come with a guarantee society can afford: that whatever the nature of the variation--and there is no reason such a prescription cannot include cash benefits without being reduced to them--the level of authority at which it occurs must guarantee an adequate level of subsistence, especially for children.

The case for this to be nationally set is to avoid the race to the bottom that may be occurring between states, which have an incentive to cut benefits to avoid attracting beneficiaries. The political parties may debate its generosity--it is worth noting that setting it gratuitously low as an instrument of provocation does not seem to have succeeded as social policy--but a minimum should be enforced.

All should proceed with open eyes: Setting a minimum invokes moral hazards and almost certainly entails subsidizing bad behavior for some. That is the cost of a moral commitment to all, especially to children. The moral position is that there is a level of poverty a wealthy society simply will not permit no matter how blamable its causes and no matter what hazards ensue from that commitment.

Moynihan, it is worth recalling, was a lifelong welfare reformer deeply concerned about the problem of dependency. His concern was that the 1996 law repealed rather than reformed the safety net, leaving nothing in place for the families and especially the children who faced the worst.

Any policy to restore that safety net ought to be guided by the principle of empowerment rather than punishment. Senator J. Robert Kerrey, for whom I had the privilege to work, used to say he never met anyone who went out and got poor because the benefits were so good. The causes of poverty are manifold and mysterious, but insufficient misery is not among them.

Most important, even to the extent one may believe punitive measures are warranted against adults, children are never their just targets. Thus Moynihan in Senate debate on the bill 20 years ago:

First precept: Our overriding goal ought to be to save the children. Other goals--reducing the cost of welfare, discouraging illegitimacy, and preventing long-term welfare dependency--are all worthy. But they should be secondary to the goal of improving the life prospects of the next generation.

In this most of all, Moynihan was right. Once again, we ought to listen.