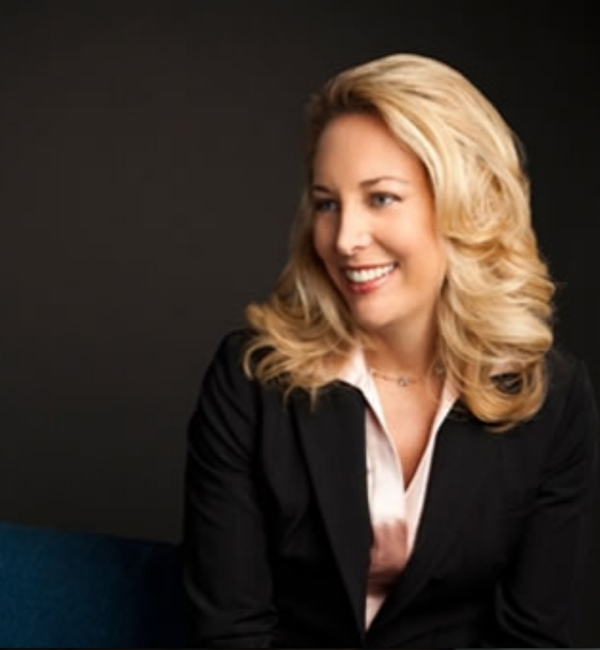 She never wanted to be famous. In fact, her life was to be one in shadows, a double life of secrets and yes, intrigue. The stuff of spy novels. So it makes sense that she's written one of her own entitled Blowback. After all, what's an outed spy to do?

Valerie Plame Wilson came in to sights of the American people when the Bush administration (in what many think was an act of treason) outed her as a spy at a time of war to get back at and discredit her husband. Her husband was, and is, Joe Wilson, who in 2003 had the nerve to say that Hussein didn't have a nuclear program and that the Bush administration was twisting the information.

"Curiously when Joe, my husband, wrote that editorial about how the Bush administration had twisted the intelligence in July of 2003 to gather American public support for the eventual invasion and conquest of Iraq the majority of Americans at that time believed that there were WMDs and the war was justified," she stated. "Now, those numbers 10 years on have flipped and vast majority of Americans believe the information was manipulated and no WMDs were ever found. What Joe's point in particular was, going after the Bush administration's rationale of imminent nuclear threat was completely false. And it was," she concluded.

That outing put her in the spotlight and the story became the subject of her first book, Fair Game, which would become a movie with Naomi Watts as Plame and Sean Penn as Joe Wilson.

How much did her exposure hurt the American people? After all, in Blowback her heroine Vanessa Pierson (yes, VP, same initials) is involved in the nuclear aspirations of Iran, something Plame herself was tasked with before her career at the CIA ended.

"How far did what happen to me set the U.S. back or the American people?" she pondered as we spoke. "Well, that answer may be above both our pay grades! But it is completely baffling that the administration for partisan payback outed me even though what I was working on was so important to them."

But that is behind her and Blowback is in front of her. The book is being well received and was a lot of fun for Plame. 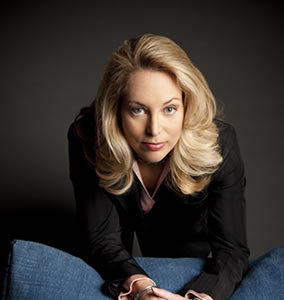 "It's way more fun than what we went through with Fair Game," she told me, "The first book, the movie, that was a catharses. This is fiction, a spy thriller. I did want to make it more realistic, I mean, I was a spy. It's like when lawyers watch TV lawyer shows and if you know that world you roll your eyes and think that's not it. So I wanted to stay closer to the truth."

"The joy of fiction is you get to move characters around the chess board if you want," she continued. "Vanessa Pierson is strong, ambitious, feminine, way smarter than I am, although I guess I was smart enough to create her! I get to correct some mistakes in the book, to do things as I think they should be done, or should have," she added.

But in a life like Plame's real life and fiction often intersect. As she writes her story with Iran in the plot line, Iran has reentered the news in America with a new regime and a seeming radical change in many long-standing positions.

"I am cautiously optimistic. Any time you have the new President of Iran tweeting 'Happy Rosh Hashana' you know that we've had a change of tone," she laughed. "But seriously I'm absolutely delighted that there is some diplomatic outreach between President Obama and the Iranian hierarchy. It's the first time at this level that there has been any diplomatic exchanges since the revolution. And it's not easy. Think about people you haven't spoken to in months or years even. There may be some misperceptions in that communication. That applies to nation states as well. As Reagan said, 'Trust but verify.' I think we have a moment, a window of opportunity here. I have to believe the sanctions are biting and that Iran would like to rejoin the community of nations," she concluded. 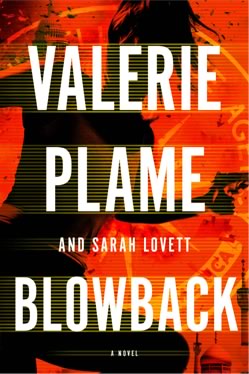 Plame continues her work to rid the world of WMDs. She's very involved in Global Zero, an organization pushing for the destruction of nuclear, biological and chemical weapons. And chemical weapons, like Iran, have moved to the forefront again as well.

"I have to give the American people credit," she went on. "What we saw in Syria, the American people said 'wait a minute, we are so tired of military adventures, after Iraq, still in Afghanistan there doesn't seem to be a great plan for the day after, what happens next...' so rushing off to bomb was averted. I wish we had asked these questions a decade ago, but better late," she stated.

If she were in her old life there would be a real chance that she would be involved some way in the destruction of the weapons Syria has now offered up to the global community to avoid war. She remains optimistic about their destruction.

"It will take a long time but they are well underway," she added. "John Kerry had a misstep that turned in to peace and we need more of those. He responded flippantly at a press conference that the only thing Syria could do would be to give up all their chemical weapons, and then they agreed to do it. What we saw in those horrific pictures of women and children being gassed by Sarin, was horrific. These are all the same, chemical, biological, nuclear, they are indiscriminate in whom they kill, and we knew we had to do something. But all of these are adventures that will last us generations," she reflected.

The mother of two, she thinks about the future generations. Is she optimistic the world will be better for her kids? As we speak, the government has just reopened and the debt ceiling raised, but only until January 15th, 2014 when this all could blow up again.

"I'm an optimistic person which is what keeps me moving forward," she added. "Why are we here unless to move the needle a little to make it better? But how did we get here? In terms of this recent fiasco, there's so many safe districts when it comes to gerrymandering but the media has missed the point that there's Democrats from safe districts as well who do not engage in the same radical let's blow up the government politics that their safe counterparts on the other side do," she finished.

But Blowback allows Plame (and co-author Sarah Lovett) to explore scenarios as she would like them to play out. It's a tense spy thriller, with a smart, sexy heroine, international danger and yes, a love interest.

With all the Fifty Shades of Grey controversy regarding casting, and after finishing the book and putting it down and immediately thinking, "movie," who would Plame see in the inevitable film?

"I can honestly say I haven't even thought about it being a movie yet, it's just out," she laughed. "But there is a really cute actor, who my 13 year old and I were watching in the Bible miniseries and we thought, 'hot Jesus' which is just wrong. But Diogo Morgado could easily play the love interest. And yes, I've already begun work on a second book and I get it now, it's flowing, it's so much easier than the first," she laughed.

Not many can take the intense media spotlight that Plame, and her husband Wilson, were thrust in to and survive and thrive. But thrive is exactly what Plame is doing and Blowback is just another way this dynamo is exploring life after international controversy. While she continues to work tirelessly to make the world better for the next generations through Global Zero and other endeavors, her journey to stardom in both Hollywood and the literary world is now solidified with this thriller that reads like Clancy, Cussler or Ludlum and stands a great chance of having it optioned to Hollywood for another cinematic outing. Bright, beautiful, classy, funny if Plame can continue to write Vanessa Pierson as interesting as the real life inspiration, she's destined to become another great part of American literary fiction.

To hear the podcast of the Plame interview or to listen to The Karel Show live daily go to Karel's website or get the app at for iOS or for Android. Be sure to follow Karel on twitter @thekarelshow and like his Facebook Page.