Once upon a time, in our galaxy on the planet called Earth, after centuries of suffering... things started to shift.

Some people started to feel different. They didn't know how, exactly, they just began to experience something new and strange.
It was a feeling they couldn't name, couldn't locate or express; they only knew it was a herald of great things to come.

This unusual feeling birthed the NEED to care more than they had ever felt before!
Care not only about themselves, not only about others, but about the whole world and the future generations to come.

A handful of the people thought something had to be wrong with them, as they had never cared so much for others,
but no amount of medical help quelled the feeling.

Others, who had been connected with their hearts before, enjoyed this new experience. They knew it was the feeling they had always had, only stronger.

This feeling was a calling for a BETTER WORLD.

Nobody could understand who or what had sent this calling, or how it actually worked. No one could explain the mysterious change at all.

Hundreds of theories were made, but none were able to be proven.
A few of the people decided to stop questioning the feeling, and just accept its call.

Those who accepted it were named DREAMERS.

The Dreamers had nothing in common but their calling. They were people of all ages, all nationalities, a group of people from everywhere united in this common goal.

They didn't yet know that they would gather, and lead the reshaping of the world.

They didn't yet know that they would handle the biggest global challenges, and in the next hundred years were to completely change the future.

They didn't yet know that for the first time ever, people would join in a universal brotherhood and reach the highest point of human progress.

They didn't yet know they would go down in history.

Some of the people resisted. As always, people with no faith in progress criticized the Dreamers, saying their goal was impossible, saying the changes they sought would never come. In their pointless resistance, they were only wasting time. It is the destiny of the human race to evolve, to change, to go to the next level.

To the level that the species had never reached before.

Many were scared. Humans always fear change, out of a natural instinct to protect their status, security, and comfort.
However, this strange little feeling calmed them, helping them move forward step by step into a better and brighter future.

This little story explains how the biggest changes in the human history start to occur and it will be continued.

Check out for more here 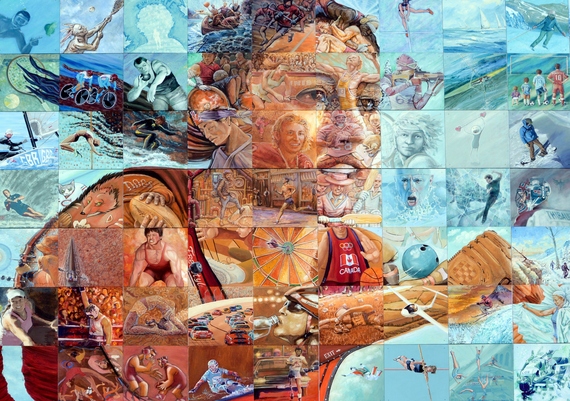