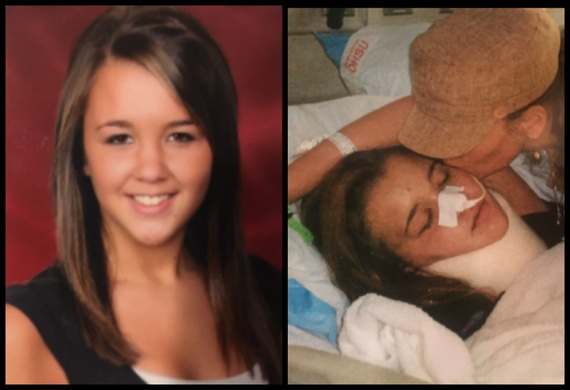 Ciara, convinced she was curiously and suddenly trapped in her ex boyfriend's sister's horrible nightmare, tried desperately and frantically to get out of the dream gone very wrong. She thrashed, she plotted, she hid, she screamed and no one heard. Then she surrendered to the horror of it, to the perverse reality she'd landed in.

Trapped in her broken body and bruised brain, they wheeled her out to the atrium for privacy and a change of scenery. Do you know how you got here? She uses her less damaged, non dominate, hand to slowly write: C R A S H.

She thought she had been in a car accident in a yellow pickup truck. Then somehow managed to get her smashed up self, stranded on the deserted island of another's dream. This is the scene in a Twilight Zone episode where the protagonist is transported to a non exit-able freak show until the director lets her out.

No, Ciara, it was Cameron's black Honda (red rims she hazily recalls) and you were in the accident. In a coma. It was real. That is why you are here. Her world, her beliefs, her perspective of who she is, the horrible dream became, her immediate reality. The details of the dream, the story she was living in borrowed from her friend, was actually in her own mind. The details of our imagination and what it can conjure up is so very fascinating. The terror and the fury had nowhere to go. When a fellow young patient pointed at her and called her a pirate (she had to wear an eye patch), she shares, I knew I was really fucked that day. I felt like a bug on display, pinned down, stared at. Exposed. 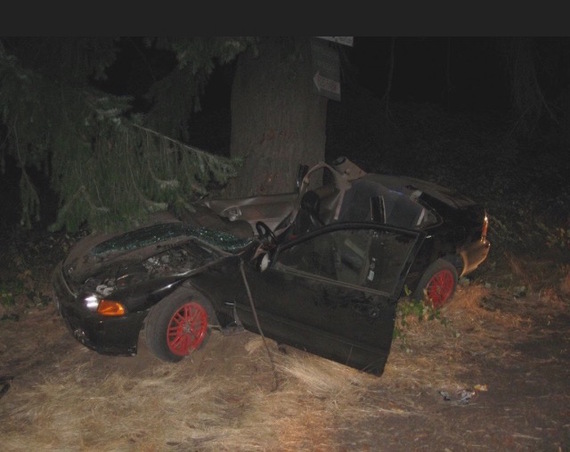 She had to get out. Out of the nightmare. She felt deprived of her dogs, friends, and family. Stripped of her voice. She felt so isolated from her own story. Determined, she decided to do everything she could to get out of the hospital. She consciously placed the depression and odd thoughts aside to focus on getting home. If depression had plans to take her, it would have to wait until she was in her own room to do so.

Nothing can describe the fear, the loss, the devastation, Ciara, now 22, self proclaimed dude (in a beautiful feminine sassy package), felt at that moment she was told, that this is her nightmare. She was crashed into a comma after kindly agreeing to reunite for an evening of chat and movie time with her ex boyfriend. After the movie he decided to drag race with another pal, with Ciara in the passenger seat. Really? I cannot believe this promising, special young lady I am interviewing was buckled in for the ride of her life that ended her life. That some one would chose to place this girl's precious life in peril. She was pronounced dead at the scene when the drag race finale turned into the moment she took her last breath. The ER team cut apart her favorite Abercrombie outfit, she had just paid for with funds earned working retail at Old Navy. Just like that, her clothing and her life were reduced to bloodied pieces.

By medical miracle and an extra does of grit and grace, she came back. She went to see her beloved deceased Auntie, between when she died and when she came back. They walked on the beach and Aunt Renae said, it isn't time yet for you.

When she became aware that she was awake, a month after the accident, she pulled out her feeding tube, no small feat, which ran through her nose and two feet long, landing in her stomach. Ciara was convinced the nurses were making her fat by infusing a fast food chain's gooey, yellowish orange, Taco cheese crap into her system. Her family had stayed vigil, hoping for a miracle. Her mamma just knowing she would have the wake up scene in the movies, when her beloved daughter, the star, would blink dramatically and all would be right with the world.

Yet, it was not right, at all. When she finally figured out she couldn't talk (her brain said she could) she managed to write: Please Tell Grandma I am Not Deaf. Just because she was comatose and (eventually) missed half of her junior year in high school, didn't mean she was hard of hearing. In fact she heard much, when the hospital staff and loved ones assumed she was out of it, floating in the abyss of dreamland where our minds go when they are smashed against the skull.

It sucked not being able to speak up, she shares with me. 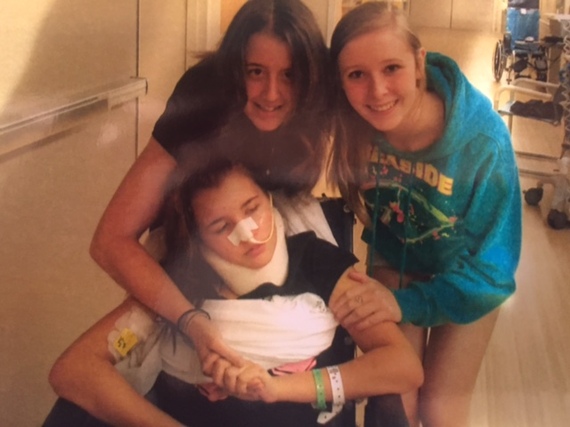 This darling, feisty caterpillar landed in the coma cocoon that would forever change her life and destiny. While her wings were growing, she slept. Her keen mind aware that she was in chrysalis, yet believing she was repaired with equal chimpanzee and giraffe parts. Her brain had been scrambled. The mind is a funny place to live.

She is still waiting to completely move on. The conversations never happened. The much needed and anticipated apology, the request for forgiveness, abandoned, like her. Ciara knows to fully heal, she must move forward, regardless. She has a warehouse full of righteous rage. With this fire of anger she is purifying her life. It will fly out of her one day, for now, it drives her. And then it will go. It just happens, one day out of the blue, the burden lifts. For now the pain and hurt and rage sneaks up on her, still, occasionally. To keep from succumbing to the Story, the what ifs and the why havents, she has set a goal. To become a trauma nurse. To fall in love with a partner that gets her, that she is safe with, and to live in the country next to a mountain. Actually she set this career goal even before 8-27-10. The day her world turned upside down with the car.

She decided to heal and repair her body. Her determination and hard work and faith paid off. She can go about the business of learning to heal others as she has been healed. She decided to survive and thrive since this was her reality. Ciara worked twice as hard. Set goals. Worked harder. And got out. There is no lid, now, on her sense of the possible. She is not trapped in the container of her mind anymore.

I ask C what she misses most about her before the drag race life. My handwriting. I had beautiful handwriting and now I don't. It makes me feel grateful for it though. I guess we should all be thankful for things like that. The little things that makes us unique and feel special. She misses being able to run. She loved to run. She gets overwhelmed when she watches a movie and the character runs away from danger, knowing she can't do that. 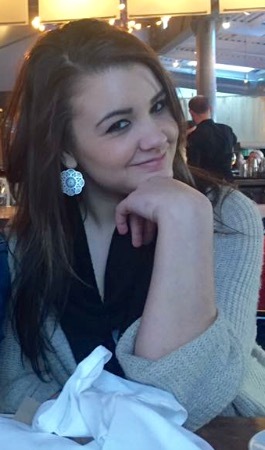 What do you want to leave us with Ciara? Life comes at you all at once sometimes. It just does. Work through it. Be real. Own your stuff. Get things Done. Work hard. Appreciate the small things, you have like pretty handwriting. Don't drag race or drive recklessly. Say sorry when you hurt someone. Be accountable. Man up when you do, your character depends upon it.

She will win the race to a Lifted life. She already has. She shares that she is the hare. She is slow but she will finish this race and win without having to drag.