On a warm summer weekend last August, something happened in Cincinnati that you would have to call a remarkable accomplishment; in complete defiance of anything you would ever realistically expect, thirty-five thousand people went to see the Symphony.

The Cincinnati Symphony Orchestra, with their widely admired new Music Director Louis Langrée conducting, performed outdoors on Saturday and Sunday in one of the city's oldest neighborhoods, while historic Music Hall was illuminated behind them in a dazzling display of synchronized light. It's an astonishing accomplishment for a Symphony Orchestra to attract crowds like a rock concert, but as you learn more about music in Cincinnati, and about the way the city supports its music, you begin to realize that it's more than just a single accomplishment. It's actually a lot of very different accomplishments, by a lot of different people, and an event like the LumenoCity concerts last summer is what happens when all of those people put all of those accomplishments together, somehow sharing an understanding of how to make things turn out right. 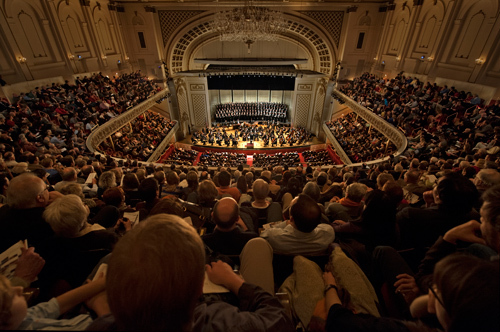 Of course, an accomplishment like the success of LumenoCity has to begin with the music, and Louis Langrée brings with him to Cincinnati an understanding of what music can be that is as precise and informed as his conducting. He speaks convincingly about the importance of preparation ("You have to know a piece the way you would know a road that you've driven many, many times, because then you can move more smoothly, more freely; you can really anticipate the curves"), and of thorough technical mastery ("The performance has to include all of the elements of harmony, of rhythm, of melody; everything is important"), but he is also vividly aware of how much more music can be than that. "Even when something is very impressive technically, that's not the beauty and the truth and the depth of music," he says. "It's that it makes you feel different, because it relates directly to you."

Louis Langrée brings a lot of accomplishment with him to Cincinnati; he's traveled the planet conducting many of the world's most respected orchestras and directing many of its most famous operas. When he talks about coming to Cincinnati, though, that's not at all what he talks about. Instead, he talks about the musical heritage of a unique city, and about how it continues to shape the exceptional accomplishments of a great orchestra. "Coming to Cincinnati is a wonderful thing in my life, not only as a musician, but also as a person," he says. "For the past several years I've been touring, going from orchestra to orchestra." Not just from orchestra to orchestra, but from continent to continent; he's conducted on five of them. "It's been very enjoyable, but after a while you have a need to go deeper, the way that you really only can when you can work with the same musicians, to cultivate your own musical language, and your collective musical language. This is a wonderful opportunity for me with this magnificent orchestra." 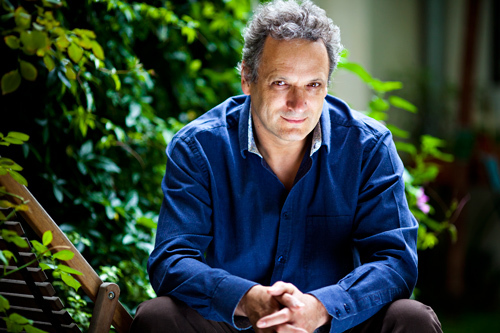 When it comes to accomplishments, the Cincinnati Symphony has more than their share; it's the fifth oldest Symphony Orchestra in the United States and one of only a few remaining full-time orchestras in the whole country. Although it was officially founded in 1895, its history goes much further back into the 19th century as the successor to a number of musical institutions, many of them closely associated with the immigrants who settled in Cincinnati. The Symphony's home, the impressive Music Hall, is located in the Over the Rhine neighborhood whose name still recalls that heritage. For more than a century, the orchestra has welcomed most of the world's great conductors, and some of the greatest have served as its Music Director. It was the first orchestra to be broadcast to a national radio audience, and its recordings, which the Orchestra began making when it was only the third orchestra ever to do so, have sold millions of copies; many of them are among the most admired in classical music.

That's a lot of accomplishment to build on, but all of it put together would still never be enough to bring as many people together as the LumenoCity concerts did last summer. Orchestras in America are under massive pressure, and the ability to offer excellent music is only the beginning of what somebody has to accomplish before an audience like those that LumenoCity attracted even has the chance to share that music. To begin with, there has to be someplace for all of them to go to, some place where people from all over the area can feel welcome, feel safe, and believe that they can have a great evening. Only a few short years ago, Cincinnati's Over the Rhine neighborhood, like older districts in so many cities, was the kind of urban area that, despite a long, rich history, hardly anybody would have called welcoming, and changing that took a lot of accomplishment by a lot of different people.

Gary Lee works in the Over the Rhine neighborhood; in fact, if he looks out of his office window he can see Music Hall. Llike other people in the neighborhood, he knows how important, and how complex, the area's recovery has been, but he probably has a better idea than most people about how it actually happened. Captain Lee is the Cincinnati Police Department's District Commander for District One, which includes Over the Rhine and Music Hall. "Music Hall sits right next to District One," Lee says, "We've been neighbors for many years and we enjoy a great relationship with the Symphony."

It's not easy to imagine how much work --- hard work, dangerous work, thankless work, police work --- Cincinnati's police officers must have done in the Over the Rhine neighborhood for there to have been such a dramatic improvement there. Lee prefers to focus on the accomplisments of all of the other people whose contributions were just as essential, though, in much the same way that Langrée focuses on the high quality of musicianship in the Orchestra and on the importance of the community that supports it. "The success that we have in Over the Rhine is a result of the partnerships we've enjoyed with all of the stakeholders in the neighborhood," Captain Lee explains. "Churches, community development groups, business development groups, the people who have always lived here and those who have moved back in from the suburbs. The Symphony is a big part of that." 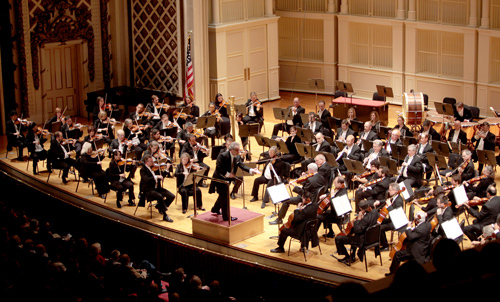 The Cincinnati Symphony knows how to be part of their city, and why it's important that they are. "Music brings people together," their website says, describing their innovative and successful One City, One Symphony program. It's quite a concept; in a series of listening parties, concerts, live video feeds and broadcasts, the Symphony gets the entire city to focus on a single classical program. "We'll discover or rediscover these masterpieces together as a community," is how they describe the idea, "building upon our understanding of the music through a remarkable shared experience." If you visit the One City, One Symphony page at their site, you get an idea of the impact of the program; there are community videos, lists of listening parties, of broadcasts, of free digital downloads from the Symphony's archives; it's an impressive picture of a whole community's enthusiasm.

The Cincinnati Symphony Orchestra's commitment to its community is an accomplishment every bit as impressive as the musical excellence that makes it possible, and at the heart of it is the understanding that music, as beautiful as it can be just to listen to, is often very much more than just that. It's an idea that Louis Langrée expresses with the same thoughtfulness he brings to sharing music with an audience. "When you discover a wonderful masterpiece, you often discover something about yourself," he says. "You feel different, and you are different, because the music allows you to experience something within yourself that you may not even have been aware of."

When Louis Langrée conducts the Cincinnati Symphony Orchestra in his Inaugural Concert as their Music Director November 8-10 (and again for the One City One Symphony Concert on November 14th and 16th), the Symphony will be beginning a new chapter in its proud history, and with a Music Director who brings more than just an exceptional understanding of music and an exceptional ability to conduct.

Just as importantly, and perhaps even more so considering how Cincinnati and the Symphony share their music, he brings a real understanding of how music is made when you're making music for a whole community. He has an exceptionally careful awareness of the importance of all of the accomplishments that go into what music can be, and because of that unique awareness, what he brings to his work in Cincinnati is, not surprisingly, a lot like what Cincinnati's Police Officers bring to theirs. "One of the qualities of our Department is that our officers have a sense of ownership of the communities they serve," Captain Lee says. "They take a personal interest not only in the problems but in the people."

That's quite an accomplishment.