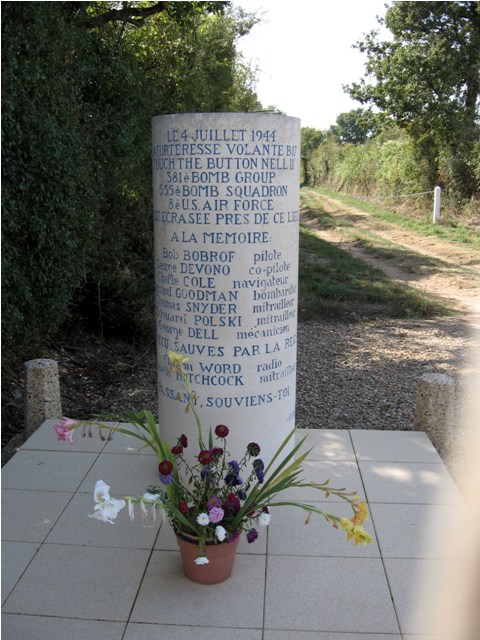 L'Isle-Jourdain, France -- No, not much has happened or is happening in this tiny, sleepy, French town -- some might call it a village -- nestled in the Vienne River valley in central France that would warrant a "dateline."

L'Isle-Jourdain just happens to be our first sojourn after a long trans-Atlantic flight that originated at the Hartsfield-Jackson Atlanta International Airport, and is the first chance to reflect on our journey thus far.

While we are thoroughly enjoying our visit to this idyllic little town, our thoughts go back to the Atlanta airport where, while transferring between terminals, we were surprised by the number of young men and women in pristine, desert-camouflage uniforms who were walking purposefully through the concourses or riding trams towards the gates and to the aircraft that would eventually take them back to Afghanistan.

Judging from the reactions of fellow travelers, neither the sight nor the large numbers of these amazing young men and women passing through the Atlanta airport seemed to be unusual.

To my wife and me, however, the sight did strike a chord within us. Perhaps because we had not traveled through such a hub since our nation started pouring more troops into Afghanistan; perhaps because these magnificent men and women looked so young to us -- much too young to go to war.

It brought back memories of my young days in the military: also traveling through various airports, in "dress blues" rather than in camouflage "fatigues," going home to visit my loved ones for the holidays rather than leaving my loved ones behind, on my way to war.

But that is exactly what these young men and women were doing. They were on their way to "somewhere in Eastern Afghanistan" (they would not tell us where) to fight and perhaps to die, after having visited their parents, wives or husbands, their newly-born babies for a few precious days.

The ones we talked with very briefly -- briefly because our eyes started to tear-up, because our own emotions were beginning to show -- had been home for a couple of weeks after serving six months or longer in Afghanistan and were returning there for the second or third time.

As I mentioned, nothing much has happened recently in or nearby L'Isle Jourdain.

However, as fate and history would have it, 66 years ago, very early on the morning of July 4, 1944, 26 B-17G "Flying Fortresses" from the U.S. 381st Bomber Group, took off from an air base north of London. One of their targets: a strategic bridge over the Loire River close to Tours in German-occupied France.

A few minutes before the bombing run, something went awfully wrong aboard "Touch The Button Nell II," a B-17 belonging to the 535th Bomber Squadron.

At about 25,000 feet, Nell II lost one of its engines. In quick succession the B-17 lost two more engines and started losing altitude very rapidly. Despite heroic efforts by its crew, Nell II crashed in a field between L'Isle-Jourdain and the even smaller town of Persac.

Two of the nine crew members survived by parachuting out of the crippled B-17---one at approximately 3,000 feet and another, miraculously, at a few hundred feet of altitude. They were both rescued by the French Resistance.

Three other crew members met tragic deaths while parachuting from the doomed aircraft. The other four, including the pilot and co-pilot, died in the aircraft as it crashed in the fields of Vienne, France.

With our young Afghanistan-bound soldiers still fresh on my mind, I visited the vicinity of the B-17 crash site the day after arriving in L'Isle-Jourdain, France.

In 1998, the people of Persac and of the Vienne region erected a simple but touching monument on the side of a narrow, winding road in memory and in honor of those American heroes. Etched on a white-stone, cylindrical column are the names, ranks and duty titles of the young Americans who died and of those who survived that morning 66 years ago. A pot with fresh flowers stands in front of the memorial.

While doing some research on the crash, I was struck---as we were in Atlanta---by the young ages of these heroes: the oldest had been a mere 25. Two were only 22 years old.

There are many other memorials throughout France---at small hamlets, in big cities and throughout the beautiful French countryside---honoring American and allied military who were killed in or over France during World War II; honoring their own heroes, including members of the Résistance; honoring the innocent French men, women and children who died at the hands of the Nazis, often under the most cruel circumstances.

I am glad that I visited several such sacred places during my first days in France.

What I saw and learned made me examine some of the preconceptions and misconceptions we have about the patriotism and courage of the French people and about their gratitude and esteem towards Americans. It made me feel rather uncomfortable, even silly, to think of the petty, juvenile attitudes and episodes---à la "freedom fries"---that have recently marred French-American relations, and it made me see this beautiful country and its good people in a totally different light.

Yes, perceptions about nations and people can and do change.

However, one aspect that sadly remains constant is the youth of those who we send to fight and die in our wars.

Photograph by author: Monument erected by the French people in memory of American airmen killed during World War II in a B-17 crash landing near Persac, France.