Directioners, the "one thing" you've been waiting not-so-patiently for weeks to see has finally happened: The boys of One Direction performed at the Oympics closing ceremonies on Sunday evening.

Scroll down to see a gallery of photos from the event.

But you already knew that, and if the Twitter worldwide trending topics that afternoon wishing the boys good luck were any indication, so did the rest of the Internet.

So, the big question is, how did they do? We'll sum it up in one word: Awesome.

Niall, Harry, Louis, Liam, and Zayn looked characteristically coordinated for the occasion -- with Harry looking particularly swanky in a grey suit -- as they rolled out on a large, black and white platform singing their smash hit "What Makes You Beautiful" to a verging-on-hysterical London audience. Though they had a backtrack supporting them throughout the performance, the boys' voices were audible, they didn't miss a beat, and they certainly succeeded in setting the stage and high energy-level for a long list of performers (including Ed Sheeran and the Spice Girls) in the epic event to follow.

Tell us: What did you think of 1D's big night? Sound off in the comments below or tweet us @HuffPostTeen! (Note: We are also accepting explanations and defenses for Zayn's fedora.) 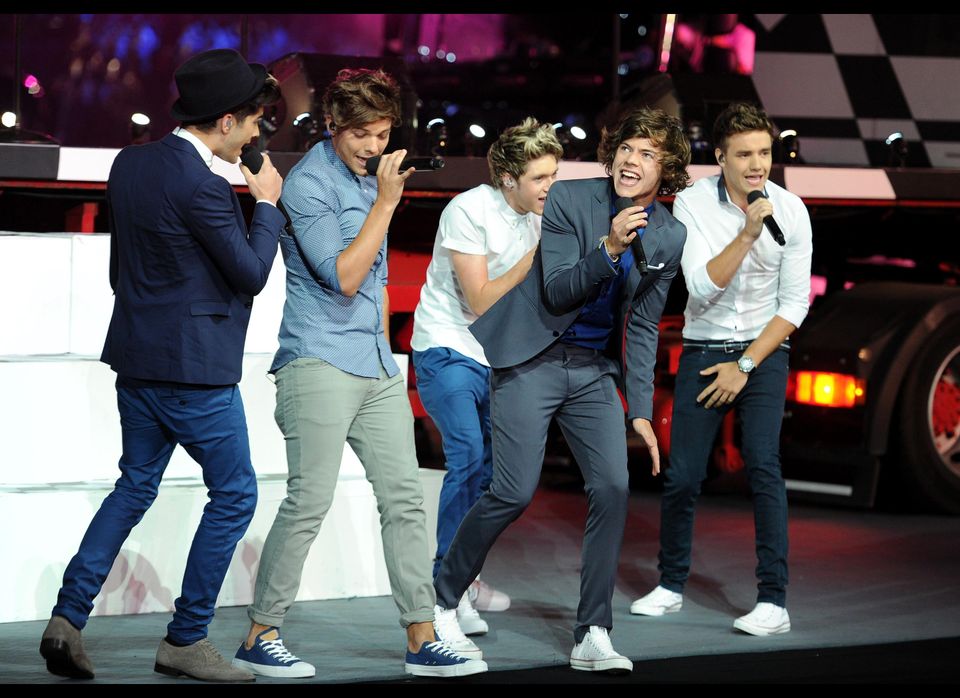