One Direction fans may be in for quite the Christmas present this year. According to an interview with band member Louis Tomlinson in the U.K.'s Daily Star Sunday, the British boy band are set release their third studio album by December 2013. Apparently, they've been working on it for a few weeks while on the road, via a portable recording studio.

Harry, Liam, Louis, Zayn and Niall are currently on a world tour promoting their latest album "Take Me Home," which was released in November 2012 and became one of the best-selling releases of the year. They are also gearing up for the premiere of their first movie, "This Is Us," which will hit theaters in the U.S. in August.

This means that the boys will be taking very little time off between major projects, but so far, their non-stop work schedule has paid off: According to the U.K.'s Sunday Times "Young Music Rich List," the five of them have earned a £5 million fortune each in the last year, with combined earnings of £25m.

“The band are going from strength to strength so it would be silly not to have an album out in time for the profitable Christmas market," a source close to the band told the Daily Star Sunday. “All the lads are incredibly hardworking and career minded. Although they are knackered, they all love what they are doing.”

Directioners: What do you think the new album will sound like? Are you worried about the boys' lack of time off this year? Sound off in the comments below or tweet @HuffPostTeen! 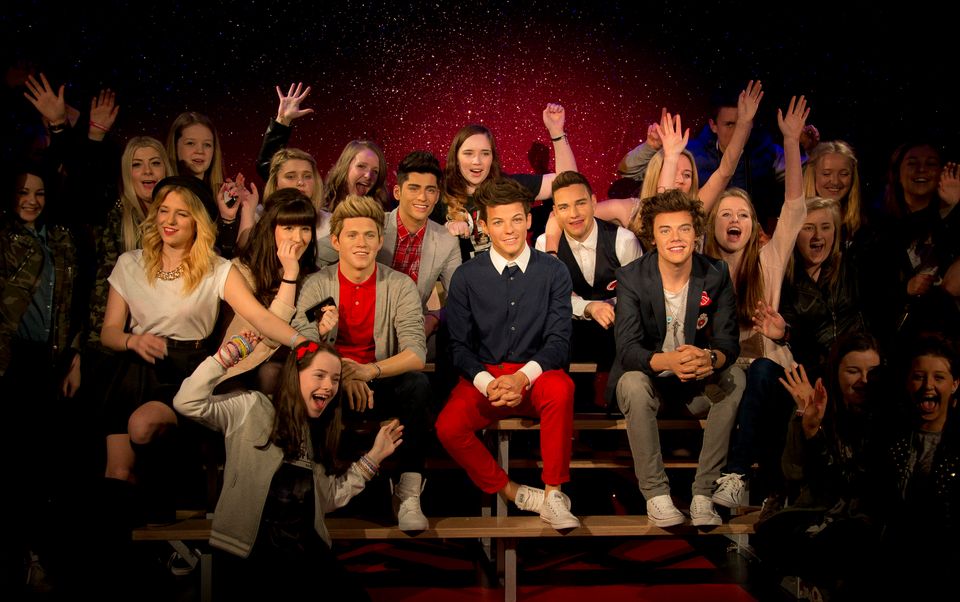 1 / 12
Harry Styles, Zayn Malik, Niall Horan, Louis Tomlinson, Liam Payne
British band One Direction fans react as they pose with the new wax figure of the band, as they are revealed at Madame Tussauds in central London,Thursday, April 18, 2013. (Photo by Joel Ryan/Invision/AP)
AP