Just this morning two things transpired. First, I listened to an interview with the noted author and skeptic Bart Ehrman on why suffering led him to renounce his Christian faith. The quote is, as I recall:

"I can't believe there's a god who is active in the world."

A few moments later, seated at my desk, I read today's lectionary Psalm that contained this line:

"[God] heals the brokenhearted, and binds up their wounds."

Psalm 147 clearly contends that God is active in the world to bring healing for suffering. 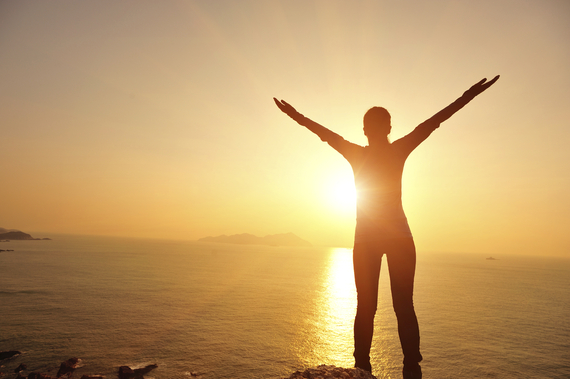 These two thoughts brought me back to a final word by, and on, C. S. Lewis and the purposes for suffering. I conclude this series with the final purpose for suffering as presented by this Oxford-trained specialist in ancient and medieval literature and philosophy: Suffering can lead us to hope in God's fulfillment.

Incidentally, let me repeat what I wrote earlier: Pain and suffering can, not will, lead to hope. If we take the path Ehrman tread, we may decide to reject belief in a providential God in light of the world's ills. How we respond to suffering is ultimately our responsibility.

Lewis believed that God is active in the world, but the full understanding of God's actions will not be realized until the end of time. Without that affirmation, there was no resolution to the problem of pain. Lewis's view of the purposes for suffering only makes sense in light of a final chapter, if you will--where God fully redeems creation in a new heaven and new earth. This solution may sound too easy at first glance. Claims of Freudian wish fulfillment immediately come to my mind. In other words we may wish for more and solve any temporal dissatisfaction with belief in a promise of heaven. But is it true?

Let's remember at least two things about Lewis. He decided to be an atheist in his teens precisely because of suffering. More importantly, during his twenties while studying classical philosophy and literature at Oxford, Lewis imbibed the philosophy of Lucretius, whom he found intellectually, poetically, and personally compelling. Lucretius's On the Nature of Things argues for a different solution than heaven--instead of seeing the afterlife as a solution, the advice is this: Don't worry about eternal life. It's a problem. It's not something we ought to wish for. Instead of wishing for something more we ought to be satisfied that death, because it is the absolute end of our lives, will end sorrow.

"Therefore death is nothing to us, it matters not one jot, since the nature of the mind is understood to be mortal."

In other words, we are purely material beings. So when we die, it's over. No worries. Lucretius's solution to the problem of evil was therefore to deny that anything follows death.

Let me add one more problem. One earlier, quite eloquent, commentator on this blog, who obviously wasn't content with Lewis's solution wrote:

"(If suffering were) a required experience for our citizenship in the universe, then the experiences would be distributed more fairly, and if it isn't a requirement, but just a quirk of living on an imperfect planet as an imperfect creation, then that seems capriciously cruel. An omnipotent and loving god surely could do a lot better than that."

Moreover, as I mentioned in a previous post, Ehrman named suffering "God's Problem." In a very real sense Lewis would say both are true: God has a problem and unless God does something about the world as we know it--rife with evil and pain and tragedy--then it would be difficult, even absurd, to call God a Good Creator. Lewis has the Bible in mind here: The disclosure of Scripture is that God will indeed only fully solve this problem at the end of time. The final book of the Bible reads,

Yet we have an intimation of this future fulfillment right now. Here's where Lewis found Lucretius unsatisfying - because all his life he felt "joy" (an intense longing that this world cannot fulfill). This is part of Lewis' apologetic for God: If we desire something this world cannot fulfill, then that indicates we aren't made only for this world, but also for another. In his autobiography Surprised by Joy, when he discovered that no source in the world satisfied this desire, he ultimately came to faith in God by realizing that this world is not our home and that joy can only be realized fully in heaven.

For human happiness to be realized we need to grasp that that the world is fallen and flawed. Putting hope in this world is therefore bound to disappoint. God's fulfillment, according to Lewis, is both a satisfaction of our intense longing or joy and a resolution to the world's pain.

I will close with words from Lewis, who returned to a theme of "settled happiness" amidst the type of loss first experienced when his adored mother died during Lewis's tenth year. For that reason, these are not abstruse reflections -- they have been forged in the fires of experience. Lewis believed that Christian teaching about suffering clarifies "a very curious fact" about our world. I'll let his long, beautiful, quote offer the final word in this post and, indeed this series, on Lewis and suffering:

"The settled happiness and security which we all desire, God withholds from us by the very nature of the world: But joy, pleasure, and merriment, He has scattered broadcast. We are never safe, but we have plenty of fun, and some ecstasy. It is not hard to see why. The security we crave would teach us to rest our hearts in this world and oppose an obstacle to our return to God: A few moments of happy love, a landscape, a symphony, a merry meeting with our friends, a bathe or a football match, have no such tendency. Our Father refreshes us on the journey with some pleasant inns, but will not encourage us to mistake them for home."