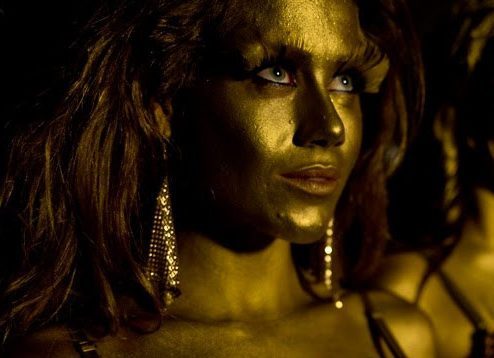 This is the second of a two-part series about the role of the so-called "golden child" in the narcissistic family. (Read Part 1.)

Those familiar with narcissistic family dynamics know all too well how the narcissist parent divides and conquers by treating his children differently and pitting them against one another. Often one child is favored and placed on a pedestal as the family's pride and joy, serving as an extension of the narcissist and an idealized mirror for his grandiosity. In contrast, the other child or children are scapegoated, blamed for the family's problems and punished for mirroring all that the narcissist hates about himself.

Jan from Tacoma, Washington, grew up with a verbally assaultive narcissist father. Her mother and two older brothers were scapegoated, while she alone was her father's treasured golden child. She recently came across a description of the narcissist family system, including the term "golden child." She said, "When I read it I just froze. It was me."

As early as Jan could remember her father went on rage binges, spending hours and even days at a time stomping around the house violently berating her mother and brothers. "Something so innocuous would trigger it. He would find a reason to go off," she said. "It was so loud you could hear it on the road. I know the neighbors could hear it. He would go on for hours and hours yelling, ranting, 'You did this, you did that.' I had such shame about it. At the time it was overwhelming."

Jan said her father never turned his anger on her. She described having fun with him talking and exploring the woods together. She thought if she could make the day good everything would be okay when they got home. She was never at ease, never sure when the next explosion would come. "I had to be happy all the time. I had to be cheerful all the time... You're playing a role. You're not really you."

Inevitably her father's temper flared at the rest of her family. Sometimes he told her brothers to get out of the house. "He would make them leave. They'd be out in the rain in their socks... My mother would sit in a chair huddled over, sometimes pretending to read. She figured out not to fight because it would make it worse. Sometimes she would take us away. Once we stayed in a hotel."

Jan said about her mother and brothers, "It didn't make any sense; they were wonderful humans. My brothers are much more talented than I am. I had very strong feelings of guilt. I watched the people I loved receive the rage. I felt like I should have been able to fix things. My mother would tell me to go to my room and be very very quiet."

Although Jan was spared her father's direct wrath, she was around during the worst years of his abuse. "Being the youngest, I think I might have been more affected," she said. "My brothers are 6 and 8 years older. I think they had happier earlier years because the marriage was better then, and they had each other and left as soon as they could. I had all those years alone wanting to fix it, seeing my father's abuse of my mother."

Jan described her mother as loving, adventurous, and a talented painter. She turned to Christian Science for meaning in her life but in time suffered from an untreated case of pneumonia that dragged on for years and eventually killed her in her 60s. A man Jan was involved with at the time said it was her mother's way of committing suicide. "It was shocking to hear him say that, but the essence of it was true," Jan said. "We were devastated when she died."

Typical of golden children, Jan grew up feeling isolated, both from her family members and socially. She worried that her mother resented her. "I felt, my god why can't you be nice to mom like you are to me? You become oversensitized to those around you because your life depends on it." Her middle brother told her jokingly, "Yeah, we just ignored you." She stopped having friends over after one asked to go home because her father was yelling.

Also typical of golden children, she felt disturbingly engulfed by her father. She said there were no clear boundaries between them. "Sometimes he would refer to me as his 'girlfriend.' I didn't like it. He felt too much for me in a way that a dad shouldn't. It's not like a father's love should feel. It felt wrong, like emotional incest."

Jan left home early and married an abusive narcissist who she had dated since she was 14, flip-flopping her role as golden child to brutalized scapegoat. She said, "He tore me down so much he literally had me on my knees." She was plagued with low self-esteem and health problems starting in her 20s, including a diagnosis of multiple sclerosis (MS). When she told her father about her MS, he replied, "People with MS like to blame other people for all their problems." After leaving her first marriage she endured a second abusive relationship. Through years of therapy, she eventually made her way into a loving marriage.

She said one of her most healing experiences was in therapy when she was confronted with her feelings about herself as a child. "I realized I had extreme hatred for that little girl. The beginning of my healing was becoming compassionate to that little person who had no power. The beginning of the journey was forgiving myself for not being able to save my family."

More:
healthy livingnarcissism
Newsletter Sign Up
The essential guide to taking care of your mind and body
Subscribe to HuffPost’s wellness email
Successfully Subscribed!
Wellness delivered to your inbox