Everyone is put off by the overconfident and arrogant however I always claimed and firmly believe that confidence comes first and the reasons to be confident often follow through the opportunities this opens up. Being shy or self-doubting never pays off; it robs you and all the people who need your talents, of your potential.

It's the sad age-old story of the beautiful shy girl in the corner, at the party. She will not go home with the most popular guy in the room, that's why we love the story, because she goes home with Mr. Average, so all those who think of themselves as average will love this. Romantic as it may seem, not a very good principle to live by. 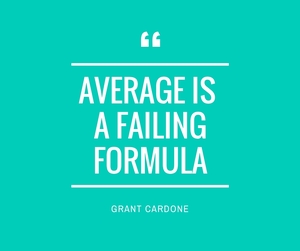 If you put 10 men in a bar with 50 average looking, approachable women and ask them if they're looking for commitment, 9 out of 10 men will say no.

Put the same 10 men in a room with Megan Fox and let her ask them if they're looking for commitment. What do you think their answer would be? Of course they would all commit. The size of the reward matters. Go for the top prize, do not let insecurities creep in. Do not compromise because your motivation will suffer.

Few can commit to average goals, most will commit if the reward is worthwhile. Don't make your targets conservative because you are rigging your chances of success. If you're having problems reaching your targets, they're probably too conservative to motivate you, too compromised to inspire you.

Go for large, clarify your targets and get going. Make your goals super-sized, believe you can achieve them and watch your life and business grow. 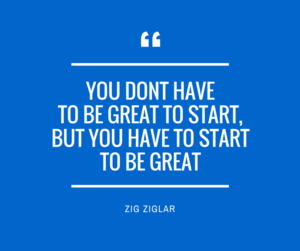