Poor President Obama. Even after attending a Christian church for most of his life and sometimes even getting in trouble for it, he's constantly been haunted by rumors that he is, in fact, a Muslim. A recent poll has suggested that as many as one in five Americans believe that he is a follower of Islam. But there's good news for Barack! It turns out that "one in five Americans" is a group with many, um, interesting beliefs and habits. Here's a look at some of the unique traits shared by one in five Americans.

PHOTO GALLERY
One In Five Americans: A Sociological Study
Download
Calling all HuffPost superfans!
Sign up for membership to become a founding member and help shape HuffPost's next chapter
Join HuffPost

The Craziest Beliefs Shared By 'One-In-Five' Americans (PHOTOS)
One In Five Americans: A Sociological Study 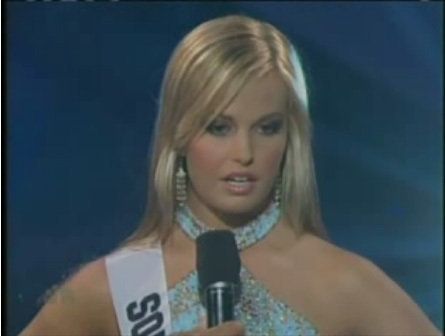 1 / 11
Can't Identify The U.S. On A Map
In 2007, a Miss Teen America judge asked Miss South Carolina how to remedy the distressing fact that 20% of the population cannot locate America on a map. Apparently he had no idea he was talking to their spokeswoman. (via <a href="http://remotecontrol.mtv.com/wp-content/uploads/2007/08/miss-south-carolina.jpg" target="_hplink">MTV</a>)