I am just going to come out and say it: I don't "feel the Bern."

I'm a progressive liberal, so Sanders' rhetoric resonates with me. I love his biting message about inequality, corporate greed and social welfare. I love the obstinance and consistency he has shown throughout his years in the Senate. But after months of serious contemplation, I've decided to support Hillary Clinton in the Democratic caucus in Iowa on February 1. Here's why. 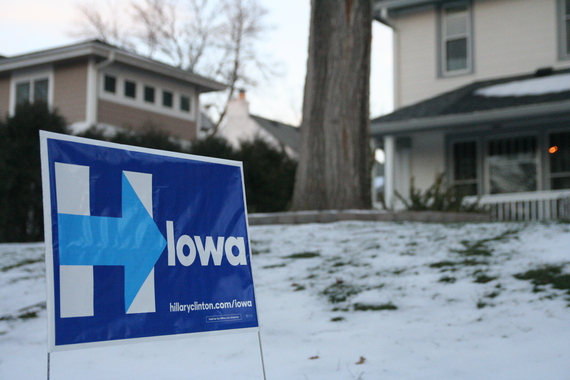 These are the qualities we most need from our political leader. We live in a country full of a sizable portion of people who, with a straight face, claim that legislation giving people access to affordable health care is a form of tyranny. Only a president who can compromise and work strategically can have any success leading this country to a more fair, just and progressive place. Clinton has the record to prove she can do this. Sanders does not. Full stop. At the end of the day, I think that is the most important reason to support her.

I've been mocked by at least one [male] friend for supporting Clinton despite admitting I would support Bernie Sanders if we lived in a different political climate. This week on Twitter someone joked that the piece I was writing about my support for Clinton should be called "The Dwindling, Cynical Case for Hillary." If you want to call compromise cynical, fine. But I call it pragmatism. Or better yet, I call it politics.

To me, there is nothing cynical about supporting an accomplished liberal candidate for president, even if, in a perfect world, I'd prefer someone even farther to the left ideologically. As the icing on the cake, if elected, this candidate would be the first female president of the United States. This just in: that is a big freaking deal. I get the shivers whenever I hear Clinton refer to the future president using a female pronoun. Lena Dunham is right that it's misogynistic to say people are voting for Clinton because she's a woman. But I'm not afraid to admit that the fact that this brilliant, savvy candidate is a woman makes me proud.

I've been fascinated by Hillary Clinton ever since she first entered the public eye. Her poise, her intelligence, her ambition, her resilience -- there is so much to admire. After everything she has been through, she still gets up every day wanting to lead this country. That's not depressing, it's inspiring.