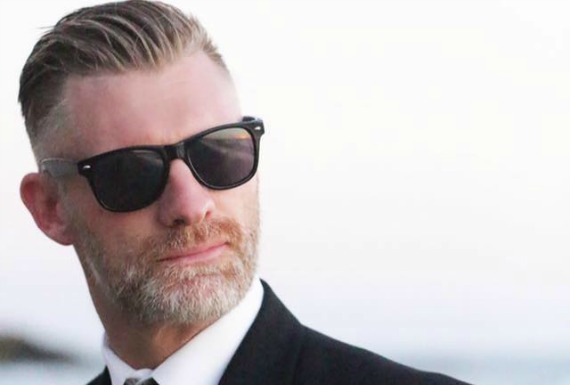 Nobody's perfect. Matter of fact, if you really dig deep and think about it, we are all pretty messed up. We've all had a series of events in our lives affect us to the point where we might feel like damaged goods. These days, thanks to therapists and drug companies, if you don't feel broken in one way or another, you don't feel.

Because of this, most men go through life carrying a huge amount of weight on their shoulders. We feel responsible for lost brothers, dead homeboys and the tough times we put our spouses through. The thing about men is we don't really talk much.

Most of us are carrying huge burdens around, but our pride won't let us ask for help.

I know. I used to be that way. I carried huge secrets around with me. I was ashamed I had gotten in trouble with the law. I was ashamed I'd once had a drug addiction. I didn't want anyone to know, so I lived in secret. Which meant I walked around feeling like I was lying to the world, that I knew I wasn't who people thought I was. It was heavy, man...

But in 2014, I met this dude outside of Las Vegas named Garrett J. White. I call him GJW for short. I'll never forget the day we met. It was at my pal Kevin Nation's home. We were both there for a very exclusive, high-end mastermind thing. It cost a small fortune to belong to this mastermind and about two hours into it, GJW got up and announced he was leaving.

He literally stood up and said, "My wife just texted me and I'm going to go home and have sex with her."

WTF? What was this crazy ass dude doing? He paid thousands of dollars to be here and he's headed back home to make love to the woman he's married to? This guy is a nut job, I thought to myself. But there was something about him that made me want to find out more.

I reached out to him a week or so later and he started telling me I was not playing at full speed.

He proceeded to say I was playing safe and being scary with my life. After a short exchange of ideas, I agreed to come out to Laguna Beach, California to attend what he calls "Warrior Week."

I can't really explain what happened at Warrior Week. It's transformational. I can tell you that we had rigorous early morning workouts on the beach. We were dropped in the freezing Pacific. After I attended, they added fighting, jumping out of helicopters and their own HQ. I can only imagine what it's like now. 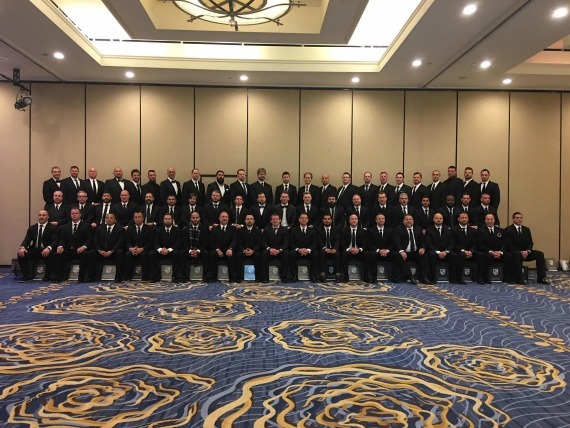 The reason I tell you this story is because today, GJW has helped hundreds of men just like me. He's helped guys save their marriages, become better fathers and sharper business leaders. He's helped guys stop playing small. It takes a special type of person, a Warrior, to lead Alpha males.

We don't like to admit anything is wrong; that would signal weakness. Which we can't have.

Garret J. White has been there and he's chosen to help men overcome their issues through his experiences. From attending college to becoming a semi-pro athlete, to being cancer ridden and hospitalized, his story is one like many of ours, and it includes multiple ups and downs. He's gone from being on top of the world in the mortgage business to losing it all in the crash. When he says "losing it all" he means sanity, masculinity, his wife, his kids, his money, his employees and his self-respect.

Garret bounced back and now leads a revolution called Wake Up Warrior. As a part of the Warrior Brotherhood, I was fortunate enough to see GJW change people's lives on the daily. He's inspiring men to be better in the core four areas of their lives: their bodies, businesses, families and spiritual connections.

Jon Paramore, a Warrior veteran says Warrior has been the most realistic wake-up call he has ever experienced. Ryan D. Lee, who also attended GJW's program, says it's the most eye-opening experience he's ever been through. These men had no idea they could see such dramatic changes in their lives in such a short amount of time.

A lot of us dudes come from humble beginnings. We've suffered on this planet more than most. GJW understands this and helps Alpha male types break through the mental barrier that's holding them back. Turns out, you can run a lot faster through life when you're not carrying a ton of unnecessary weight on your shoulders.