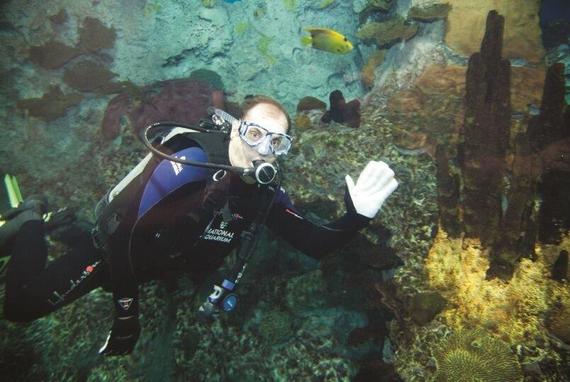 Can One Man's Right Work Save the Earth?
Well, how about just 70 percent of it? Meet John Racanelli, CEO of National Aquarium, and let's find out!

•Are you feeling a sense of hopelessness about the pollution and deterioration of our earth?
•Are you scared that it is too little too late for us to turn things around?
•Do you feel helpless when you read about global warming or plastic islands in the ocean?

Take a deep breath: See that one man's right work is truly "on it."

For many of us, there is the feeling of widespread apathy, anxiety and fear about the environmental sustainability of life itself.

Just the other day, my 11-year-old granddaughter, Ella, asked me, "What is global warming, NeeNee?" To the best of my ability, I explained global warming to her. She replied, "Does this mean the world will end?" "No!" I responded loudly and protectively, but I realized very quickly, that I wasn't really sure about my answer.

Right after this conversation, I had the opportunity to interview John Racanelli, the CEO of the National Aquarium for this column.

A number of years ago, before John became CEO, I had coached him while writing my book,
Finding Right Work, Five Steps to a Life You Love.

John and I had connected during his successful transition into his "right work" and now, four years later, I wanted to find out if the work was still "right" and what the impact of the rightness of his work had been on him, his family, his company, and the world at large.

Advertisement
There were some data points I already knew about John.

I now know that since John has been the CEO of the National Aquarium, the first and oldest aquarium founded in 1873, there have been significant changes in the organization.

John would be the first to say that he did not accomplish these things himself, but his leadership is fueled by his passion for oceans and their health.

I am a person who gets his energy from my interactions with others, especially those closest to me. I do have a deep belief in the importance of doing right for our families and adhering to the seven generation approach. The first of the seven generations is your own and the second is your own offspring. You only get to know and personally influence maybe the first couple generations of those seven generations. But we need to be thinking of all seven if we really want to take responsibility for the impact we will have on the world. The effect we have on the environment today will have enormous impact on future generations. That seventh generation is as precious as our own children and we need to understand that. 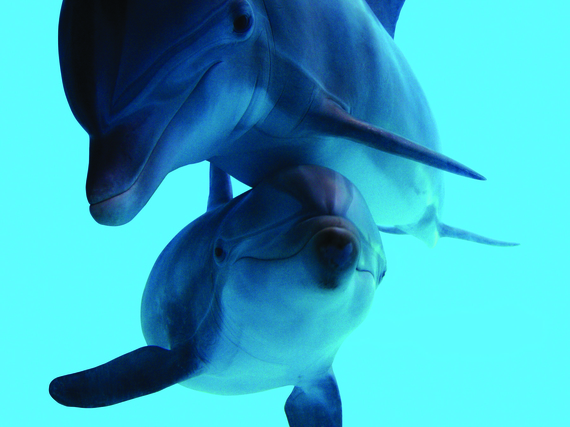 John is inspiring individuals and communities both locally and globally to understand that they can make a difference in improving the health of the oceans and our world.

Our role (at the Aquarium) is to inspire wonder and to connect people with our aquatic treasures in a way at a really deep level. And it is also about how essential and critical to life the oceans are. So, we are embedding the science message in a message of beauty and wonder. People don't want to be told the bad news, only, and that is why so many are in denial of obvious scientific principles like climate change. They don't want to be told that things are only going to get worse; they want to see how things could be better. Aquariums allow us to do that. We do it through a variety of things. We want people to connect emotionally with the environment. We want to inspire them to protect the resources that ensure their own health and survival. And we want to get everyone to see that there are things they can do that really work, and make a difference. We are all about hope.

What would John Racanelli say to Ella when she asked, "What can I do to help?" What would I say to Ella? There is a world of things you can do, whether individually, as a community, and at a societal level. For example, on Earth Day we will launch 48 Days of Blue. There are 48 days between Earth Day 4/22 and World Oceans Day 6/8, and we have created a social media movement that is all about celebrating and taking an action each of those 48 days to help make the oceans, aquatic places all over the planet, and Earth overall healthier. It gives people easy tips they can do -- everything from skipping the straw to bringing your lunch pail to shortening your shower -- a lot of little things that all of us can do as part of a more responsible lifestyle. I think in Ella's case she can probably do so much more than we can because when a young person takes the initiative to do something really meaningful it is amazing how much our hyper-connected society picks up on that.

What else can just one person do to save the world?

Just listen to John's own story!

There is this young man who invented something that costs about one dollar to build out of PVC that helps fisherman to throw their used fishing line away responsibly. They have put them up in coastal spots in Florida and the distribution has now moved up to the rest of the southeastern US. The bottom line is that he has now kept something like 500,000 miles of fishing line out of the oceans. One young kid! There is no limit to simple wonderful solutions that can come out of the brains of young people when those young brains are not polluted with all the reasons why things cannot be fixed. And that can scale from individual through community up to societal. I think ultimately communities are the place where the real work is going to get done. Cities have quit waiting around for their state to declare bottle deposits or bag bans and have just done it themselves. And for every one of those, a huge burden is taken off the natural systems.

There are things we can do individually. 48 Days of Blue is one of those things. Using Seafood Watch cards when you go out to eat is a smart thing. Getting engaged in community activities that have to do with contributing to a better world. Ultimately, as a society, we need to bring all these forces together to coerce the corporate and government leaders whom we rely upon to do certain things more responsibly, because a lot of the worst hurt is coming from national scale activities that people simply shouldn't do.

Remember! If John Racanelli had not found his "right work," the world, and especially our life-sustaining oceans, would have been worse.

Please do take time to discover your own "right work." Each of us has work to do that nobody else can do quite as well as we can. I guarantee that you will be happier and, I know, that the world will be the beneficiary!