We sat on the Upper East Side rooftop. I hated the words coming out of my mouth. I hated the way his eyes looked. They were so wide. And with the lights reflecting from the skyline backdrop, it was like the whole city fit inside them.

The scenario affected me more than I expected. It's been a while since I've so tangibly hurt someone's heart. And with my very visceral knowledge of the feeling he was experiencing, it was horrible. For us, both.

Dating is hard. It's a convoluted game with many players and few rules where hardly anyone wins. We're all walking around loaded weapons. The battlefield, tables and bar stools in dark bars, candle light softening our hardened features like an Instagram filter on real life. Sharing bits and pieces of ourselves, guarding where we feel we have to. Fighting wars with ghosts of people past, falling into the middle of civil war conflicts that go far back in a person's personal history. And finding ourselves caught in the crossfire of shrapnel insecurities and scars left over from wars we never started, paying reparations for predecessors we never knew.

You get to a point where if it really matters, it's rare that dating leads to both parties walking away unscathed. But I guess that's just the thing of it -- within the experimentation of the science of "Us" and "We," if no one is getting hurt, then it's just two people killing time in a space of uninspired breathing and mediocre feeling.

Recently, while meeting for lunch, an old friend who was going through a very tough break-up paused, then asked, "How do you spend so much time alone?" I was mid-chew. Almond crusted chicken and kale, a perfect bite at a very imperfect time. Suddenly she was fighting back tears, and I realized -- this question was why she asked to see me. Specifically. Me. 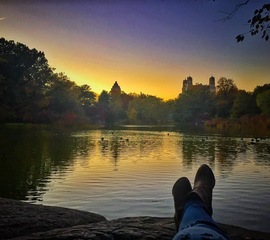 I've been single for six years as of this month. I know exactly, because my life fell apart and I found myself packing up its broken pieces and moving them to Brooklyn on October 31, Halloween, 2009. Six years ago.

As a woman in my early 30's, I frequently get people asking why I'm still single. They seem to think it's as easy and arbitrary as picking a ripe avocado at the supermarket. I often get commentary from acquaintances on the years my eggs are most viable. Condolences rather than congratulations when my best friends are getting married. And, it's also fairly usual that people assume that I'm resentful of my friends with growing families. ...And, it sucks, because even if I try to disagree, everyone looks at me with pity, assuming that I'm just trying to convince myself out of unpleasant feelings. But, I can honestly say that my uterus is relieved when I hand back over my nephews, and some of the happiest times I've ever known are from the past few years, celebrating my friends' marriages. 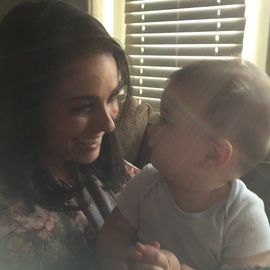 I'm not saying that I don't eventually want those things, and I'm certainly not saying that I never get lonely -- my most recent attack was one night while trying desperately to open a particularly tight Kombucha bottle cap. It's amazing how something as banal as a trendy bottle of probiotics can provide such a poignant commentary on life... But people talk about loneliness like it's leprosy. Everyone's afraid to be left alone with their inner voice for fear of what one might hear.

When my friend asked me that very direct and affecting question, after some thought and fully chewing my paleo chicken finger, I came to the conclusion that I actually feel very lucky that I've found comfort in being able to sit with myself. I've had the time to ask myself questions, prove and disprove my own answers. Being alone has been so useful. Now, no matter how much distraction comes into my world, I know that my own voice will always be the loudest in the room.

In these six years of dating, I have been through a lot. I've been raw and exposed. I've been blunt sometimes, and I've been shady occasionally, too. I've been lied to and taken advantage of. I've been grabbed at, belittled, and disrespected. Forced into things I didn't want to do. I've been out with guys with OCD, and Tourette's, and fetishes. I've heard about ex-wives, recently-ex-girlfriends, and children left in other cities. I, myself, have cried, fairly uncontrollably, in a stranger's kitchen. I've made good decisions, and plenty of bad ones. And I've been mortally embarrassed on more than one occasion...

I've swiped and matched and charmed and winked. I've been misrepresented by a fake profile as a lesbian on a popular dating app. I've watched as a guy talked to his alarm clock... and she talked back. I've conversed over more meals and cocktails than I care to think about, and sent more texts than some people probably do in a lifetime. I've said incredibly tough things at incredibly tough times -- even gotten the nerve to share a few famous choice words with someone after years of tucking them far away, only to find out that he couldn't say them back. I've also been doted on, and loved hard, and pursued intensely. I've wounded more than a few hearts, unfortunately, too.

And because of all the creatures I've known, conversations had, texts deciphered, and kombucha bottles I couldn't open... I have learned. Now, I read people less like a novel, and more like a children's book. Pictures more important, actions telling truths that words try to cover. I've developed an immense sense of compassion and resilience, and incredible skills for communication -- I can see now that six years ago when my relationship disintegrated in a midtown living room that my ex and I were trying to form sentences out of a language we didn't know yet. Like tourists, we were reduced to translating through hand gestures and shoulder shrugs, trying to make clarity out of confusing and overwhelming feelings.

I've also had time to observe. Take myself out of the context of another and just watch. I see how we're all so enthralled with the excitement of beginnings. We get blinded by the start, then sort of muddle through the mess of the rest. Everyone thinks single equals lonely, but it seems to me that coupledom and the solo-sentiment aren't exactly mutually exclusive. I see people every day take their "significant others" for granted. I listen as they speak to each other as if they are anything but significant. Touch each other like they've forgotten that there's a person inside that familiar skin. Fall into a rhythm that removes all magic from something that I know is anything but ordinary. But as someone that, for a long time, has only known perpetual beginnings, I wonder if I'm being naïve to think that there's magic, too, in the work in the middle.

I guess I won't know until I know. 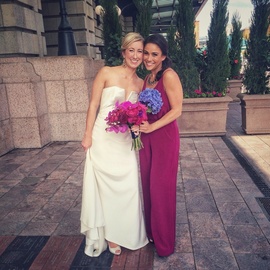 But what I do know, now, is that a relationship doesn't automatically equal happiness. I won't let fear dictate decision - not be too scared of change that I'm not open, and not too scared of being alone that I'm okay with just okay. The immediate goal is just to minimize the casualties along the way. And until I meet the work in the middle, I'm appreciating all of the varied reasons why people are so enthralled with the beauty of beginnings.