For this ongoing project titled "Reality and Imagination," photographer Leslie Jean-Bart spends hours at Coney Island, studying the sea, the sand, the boardwalk, the people, their interactions. His goal is "to get back to 'seeing', to a kind of pure photography not driven so much by narrative or issues, but by light, by color, shape and form. I am completely at the mercy of the elements since the sand and tide move at times faster than a mosquito flying by one's ears in the summer."

These thirst-quenching images are shot digitally, but Photoshop is used only to process the raw files and to adjust contrast at times. Otherwise all of the images appear as they were shot in camera. 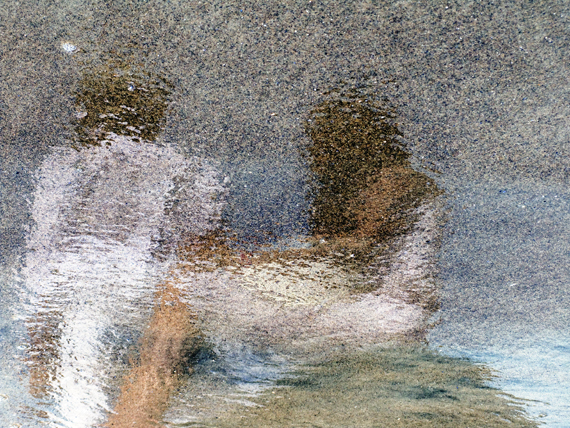 In a fleeting moment the ebb and flow of the tide mixed with the sand of the beach that quickly absorbs it, reflects whatever happens to be within reach. This theatre of fleetingly vanishing ghosts is what I seek to work with. The images in this series were created during that fraction of space and time, before the reflected scene disappeared, never to return in its present form. It is, for me, a dance between the reality within these defined boundaries and the constant filtering of these occurrences by my imagination. My aim is to interpret the reality I am presented on the spot and in doing so to challenge my imagination and that of the viewer. 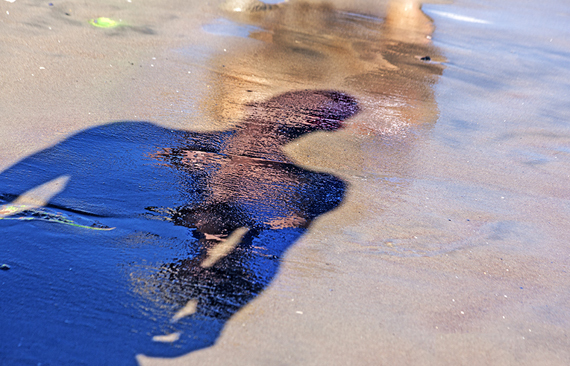 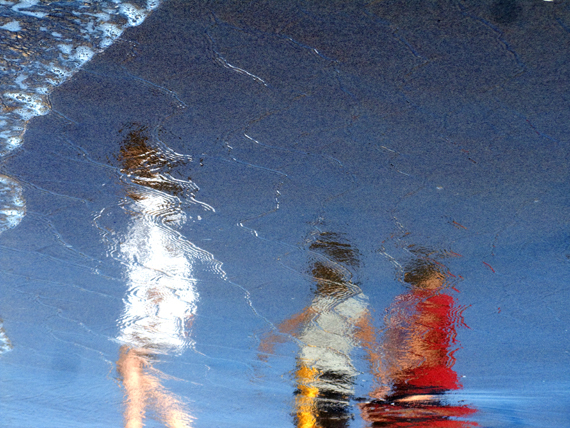 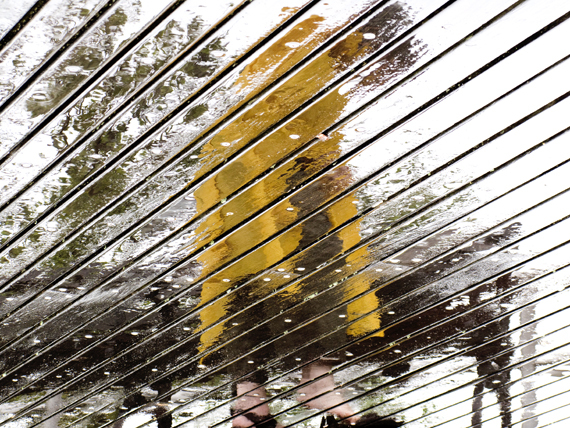 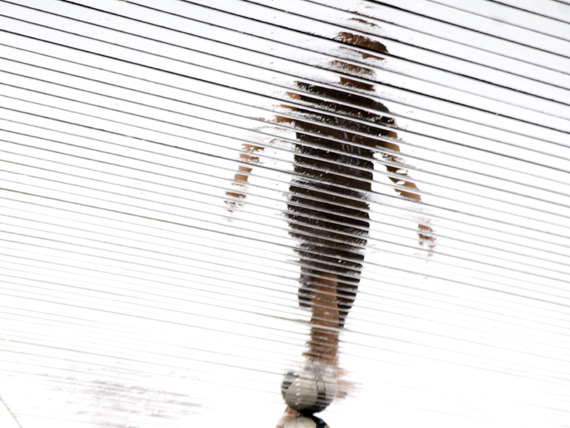 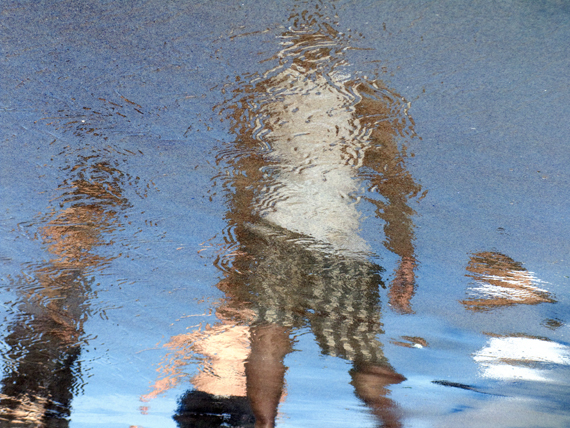 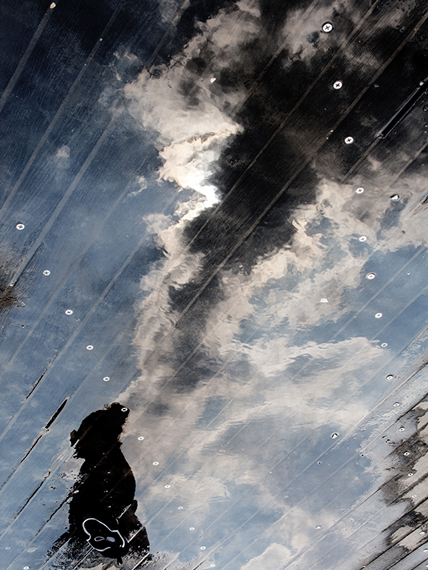 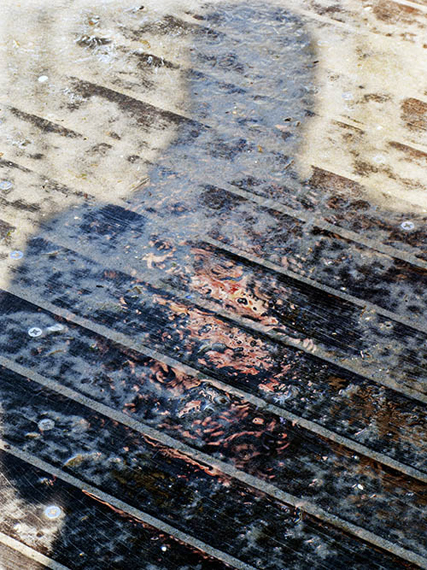