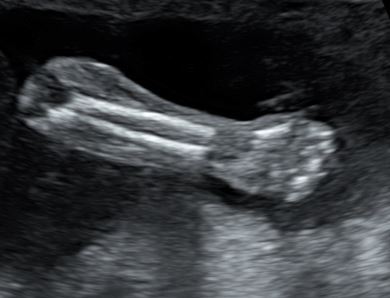 It's curious what a little time can do. Six months ago the world learned of our fertility struggle and now, as I'm writing this, I'm 25 weeks along and so much has changed. In fact, I barely recognize my own life, which is masterful in itself since I spent so much time hand-carving it into existence.

When the IVF failed, my wife and I met with our doctor and he mentioned a few options: we could try IVF again, we could resort back to IUI for the fourth time or we could simply take a break and wait it out. The latter was immediately not an option for us -- I mean, it's not like we were going to all of a sudden miraculously get pregnant by the usual methods since even advanced medicine isn't all that advanced yet. Although stranger things have happened, we weren't ready to bet the farm on that one...

It was the beginning of February and we had the opportunity to try again immediately later that month. We did, and it took. Not only did it take, it stuck. Our heads began to spin. The two-week wait was as jarring as ever, but this time we were ready to be met with the news we had grown accustomed to hearing, except we didn't hear it. Instead, we heard that the HcG number was high and that we were absolutely pregnant. There were no caveats. There were no "let's wait and see" disclaimers. We had a big, fat positive "Go" sign, and we were in complete and utter shock and disbelief.

Over the next week, there were more HcG level checks and the numbers kept soaring. Instead of rising 50 percent, they doubled, tripled even. Still, I had my hand on the break waiting for whatever horrible news was to follow, just in case. It would not be an exaggeration to say that this coping mechanism drove people around me a bit batty. My hesitation to accept the positive outcome we had hoped and prayed for throughout the past two years was hard to swallow for people who expected my reaction to be a bit different than what it was at the time.

"You should be happy!"

"Do you have a name picked out yet?"

"Hold on." "Stop." "Wait a minute." "I need a minute to get on board here." All of these things flowed through my head and when I eventually tried to explain my lack of enthusiasm, the guilt I already had been feeling seemed to multiply. It felt as if no one understood the hurdles I knew I had to overcome to get to a point where the "happy news" wasn't underlined in bold with a huge asterisks of "but what happens when..."

Around this time, my wife pointed out a New York Times article wherein a woman recalled her own pregnancy struggles. The author, Amy Klein, wrote:

I'm so sick with worry by the time we get to our weekly ultrasound that I can't even look at the screen. I keep my eyes on my husband's face until I see him smile, and only then can I venture a glance to check that the baby is there...But it's there. The baby is there! Even after a flu, a sinus infection and food poisoning, the baby is alive.

Upon reading this article, I immediately began to feel relief. What I was experiencing was not uncommon. In fact, it made perfect sense. When you suffer losses, the last thing you feel you can handle is another one. Our minds, bodies, spirits and hearts create shockproof ways to handle the inevitable losses we feel we will ultimately have to face -- even before it's a reality. Despite what others had been ringing in my ear, it wasn't about pessimism -- it was a form of survival.

Happy! I want to be happy. I want to let go of all the hurt, disappointment, anguish, waiting, despair -- and let's face it, depression - of the last three years of trying to conceive. Because this time I'm really pregnant.

Enter in the guilt factor here. I would like to say it gets easier, but I'm 25 weeks in and still worry when the baby doesn't kick as much as I think she should or it takes a few extra seconds to find her heartbeat on the Doppler.

The other day, Facebook's Mark Zuckerberg posted about his own fertility struggle with his wife Priscilla. Reading these ultra-personal stories can feel a bit intrusive to an outsider, but when you're been through or are going through something similar -- it's a lifesaver and a blessing. I felt it was the right time to send my readers and update.

Throughout the course of my early pregnancy, I had convinced myself that when we reached the 12-week milestone I would feel better and more at peace. However, with the 12-week scan came a new battery of genetic tests that took a couple of weeks to show results. When the 14-week mark arrived and we were told we were having a healthy baby girl, I took a deep breath.

The relief lasted about two weeks. It quickly began to sink in that we were still not out of the woods. Many patients have miscarriages up to 20 weeks. Since I had already suffered two of them, the worry and fear kicked back in. The fact that the two miscarriages had occurred in the first few weeks (genetic abnormalities) wasn't any consolation for me, although I tried everything in my power to try to make it so.

Our baby is due November 12, 2015. The baby shower is next weekend. Somewhere between next weekend and November 12, 2015, my hope is to feel excitement and release the anxiety, depression and guilt that seems all-consuming at times. In the meantime, acceptance and faith appear to be the current life lessons at play here.