Electronic Dance Music (EDM for short) has exploded in popularity the last few years, but with that proliferation has come an unfortunate opening of the flood gates, a bevy of events that lack imagination and vision. Thankfully, One Step Beyond, in its fifth season at the American Museum Of Natural History, appreciates the concept of atmosphere by putting on shows that are thrilling displays of audio-visual prowess.

One Step Beyond, presented in collaboration with Thrillist, enlists the help of some of today's leading music producers and visual artists to fill the Rose Center For Earth And Space with a unique party that combines performance with education. Visitors enjoy access to the current exhibition while boogie-ing down to their favorite electronic acts spanning a variety of sub-genres. Past acts have included Flying Lotus and Kode 9 as well as Kanye West and Kid Sister, showing the diverse roster that One Step Beyond typically draws.

Of course, it may sound a little frightening to have a bunch of tipsy revelers dancing near old dinosaur bones, but rest assured One Step Beyond promotes the educational value of the setting rather than just using it as a backdrop. Need a break from the tunes? Head over to the Hayden Big Bang Theater on the lower level to to experience a four-minute journey to the edge of the universe and back as actor Liam Neeson narrates the trip. The upcoming show on the 17th features IDM (Intelligent dance music) producer Prefuse 73 and a special DJ set from the Rapture alongside visuals by Glowing Pictures. View a slideshow of parties past as well as some of the upcoming acts below.

CORRECTION: A previous version of this article stated that The Fader collaborated for this iteration of One Step Beyond when it is, in fact, Thrillist.

PHOTO GALLERY
One Step Beyond @ The American Museum of Natural History 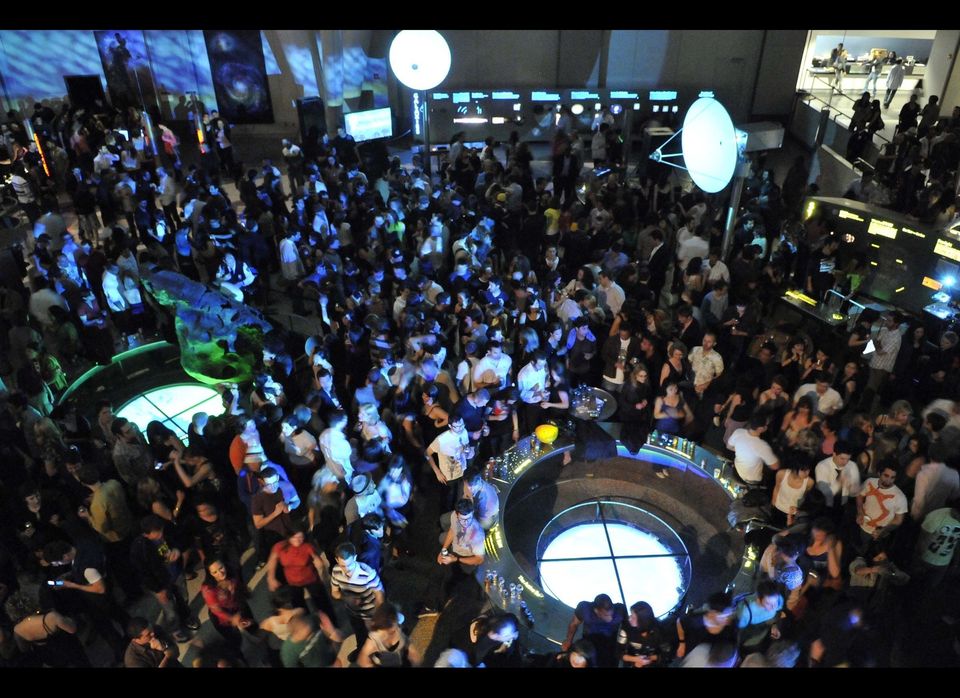