What do Americans know about Iraq? The answer, I think, begins -- and pretty much ends -- with the conviction that Iraq is a country riven by sectarian hatred, which defines every aspect of daily life.

Sectarianism is clearly stoking the current violence, yet, to ignore that not too long ago, Iraq was a secular country with a solid middle class, or that the unrest we're seeing now includes elements of a popular uprising against an unpopular government, or that oil is central to any conflict there, or that class differences, political affiliations, geography and gender are also sources of tension -- is willful and convenient myopia.

Someone I know likes to (probably mis)quote the late folksinger U. Utah Phillips that the most radical act in America is a long memory. But memory doesn't have to be very long to recall the U.S.'s role in all of this. Yes, religious and ethnic tension were there long before the we arrived with our tanks of liberation; we didn't create today's divisions, but we sure did exacerbate them.

My grandmother was fond of saying, "You could live if they'd let you." The United States has not let Iraqis live in peace or security or dignity since it bombed Baghdad in 1991, then imposed economic sanctions, and then sustained a military occupation, leaving behind a shattered infrastructure, a corrupt and despotic central government, and now a refugee crisis of an unmanageable scope.

It would be hard to come up with a better blueprint for a house divided than the
de-Baathification policies and sectarian-ethnic quotas instituted after the invasion by America's proconsul Paul Bremer and crew following the invasion. (In case you're wondering what Bremer's doing these days, like his former boss, he has taken up painting.)

And it has continued. In a recent statement urging the U.S. government not to resort to another doomed military response, Iraq Veterans Against the War -- people who know whereof they speak -- wrote, "[Iraq's] economic infrastructure was destroyed and new work to repair it has been awarded to US corporations and contractors, instead of to Iraqis. Iraqi labor unions face frequent retaliation, and an entire generation of children has been born with severe birth defects in places like Hawija."

The sectarianism blowing up in our face now is the inevitable result. It's a version of what's known as blowback in political circles, the law of unintended consequences in others. As Chalmers Johnson pointed out, it's a characteristic of blowback that the causes are buried or erased from memory, so that when the effects surface, we're startled, as if our actions had nothing to do with it. But the consequences of our actions in Iraq were plain as porridge to anyone who cared to look.

Okay, so it's 10 years later and Iraq is splintering, probably regardless of what the U.S. does. Does it matter who screwed the pooch? Yes, for a number of reasons, and the sweetness of saying, "I told you so," is the least of them. 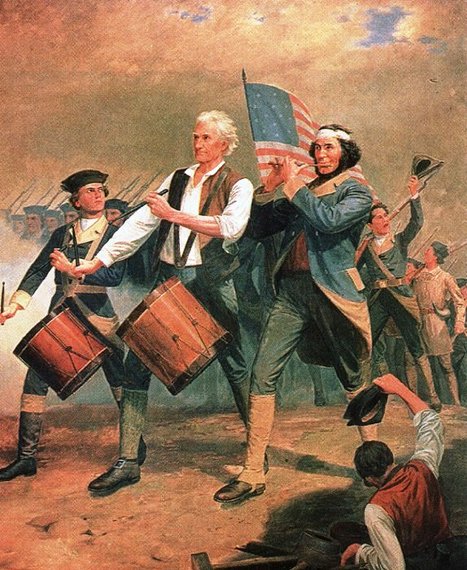 As I watch my government's response -- 300 advisers, 200 troops, 250 more with Apache helicopters, $5 billion to fight "emerging threats" -- all I can picture is a ragtag band (of soldiers? politicians?) pipping a sprightly tune on a fife as they march backwards, still caked with mud from their last foray into that swamp. Americans are tired of war, public opinion polls tell us, but for anyone involved in Operation Iraqi Freedom, no matter what they thought of it, the sense of futility right now must be overwhelming. (I was taking to a veteran of the Iraq occupation and, with my usual understatement, said, "You must be 20 times more frustrated than I am." "Well, maybe not 20," she replied.) So there's the possibility that acknowledging our misdeeds will keep us from doing the same, dumb things again -- at least not right away.

As an immediate and practical matter, identifying the origins of the problem could lead to better solutions than sending advisers, drones, and military support to "moderate" opposition forces in Syria. (Now there's an interesting job description.) We could begin, for instance, by supporting the civil society organizations in Iraq that have been working to counter sectarian agendas. They exist (more on that in another post), and those who champion secularism and human rights are particularly vulnerable now. We could make reparations to rebuild the country and help heal the health and environmental depredation created by the years of war and bad government. We could even stand by our purported belief in self-determination by letting the Iraqis figure out how to govern themselves.

I confess to getting confused at times about who are supposed to be the good or bad guys in all this. Worse, I worry that whomever is controlling the U.S. response isn't all that clear either. For Outspoken, my last book, I interviewed Rick Nuccio, a diplomat who was persecuted for disclosing secret information about government misconduct in Guatemala. With a mix of irony and sympathy, he noted that when political allegiances shifted, as they often did, and once-valued sources became persona non grata, undercover agents found it difficult to adjust. Of the CIA, he said, "I don't mean to portray them as dumb, but I do mean to portray them as arrogant."

Which is another reason why acknowledging our responsibility matters: When you combine arrogance with the power to impose your will on others, you get corruption. One final quotation, this one from the Israeli novelist, David Goodman, writing about his country: "I could not understand how an entire nation like mine, an enlightened nation by all accounts, is able to train itself to live as a conqueror without making its own life wretched."

So I lied. The one thing Americans need to know is not about Iraq, but about ourselves.

Nan Levinson is a writer, journalist and teacher, and the author of War Is Not a Game: The New Antiwar Soldiers and the Movement They Built.